To send League of Legends players get access to free loot.

But now the company is back at it again, this time giving tacticians for their autobattler an easy way of netting two adorable Little Legends to add to their collection.

Available starting September 18 through October 28, Twitch Prime members can claim a free set of Little Legends Twin Eggs that will get sent to their linked League of Legends account.

Once claimed, players will have access to two random Little Legends to help them start building their roster of in-game characters.

Then a second loot capsule will be available from October 28 to December 3. That promotion will let players add two more Little Legends to their account as well as a random skin shard token as an added bonus.

While the actual Little Legends have no effect on a particular TFT match, they’re basically the only thing that players control other than the placement of champs on the game board. 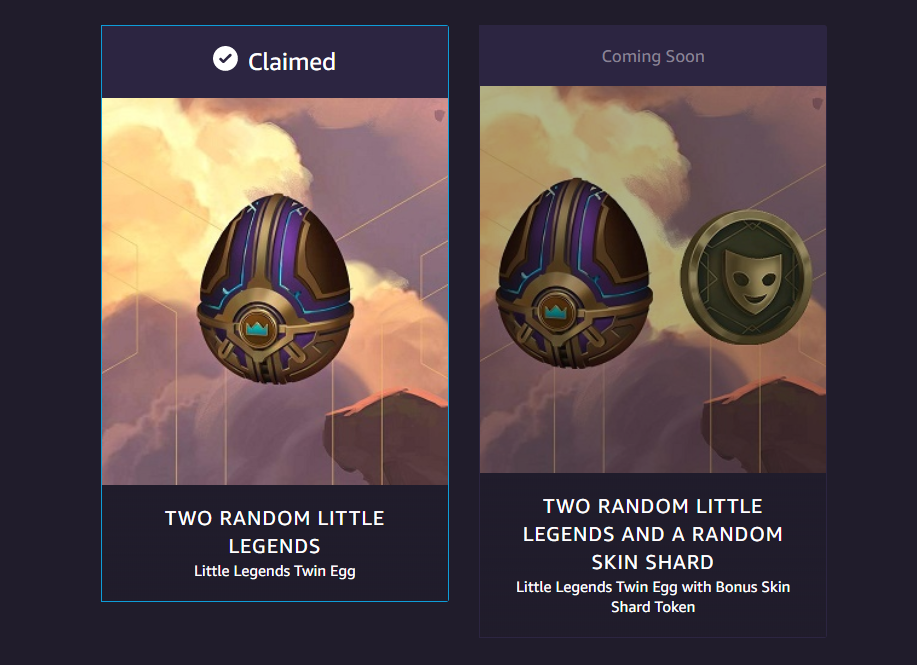 To get the free in-game items, players are going to need to link their League of Legends accounts to their Twitch Prime.

After linking them, go back to the Twitch Prime Loot tab and scroll down to the League of Legends TFT Little Legends offer. Go into the promotion’s page and click “Claim Offer” and enjoy your new Little Legends!

Those without a Twitch Prime account can still get the rewards by taking advantage of a 30-day free trial of Amazon Prime.

After signing up, link your free trial account to Twitch. All the benefits that would typically come with a Twitch Prime account are covered in the free trial of Amazon Prime, just don’t forget to cancel at the end of the trial period.

Keep note that there are two separate Teamfight Tactics promotions this time around those that have Twitch Prime, so don’t miss out on the full rewards