An artist has created three stunning concepts for custom boards in League of Legends Teamfight Tactics.

Teamfight Tactics is Riot Games’ take on the autobattler genre, and sees players build compositions of champions and place them like pieces on a chess board to face off against enemy line-ups.

Currently, all battles take place in the same setting, with each player placed on an identical ‘board’, but artist Nebura has produced three concepts for Teamfight Tactics boards that would let players customize the arena in which their battles are fought.

The first is inspired by the Institute of War, which in the game’s original lore was the headquarters of the League of Legends.  Another offers a volcanic setting with lava flowing down one side, while the third is inspired by now-defunct game mode Nexus Blitz. 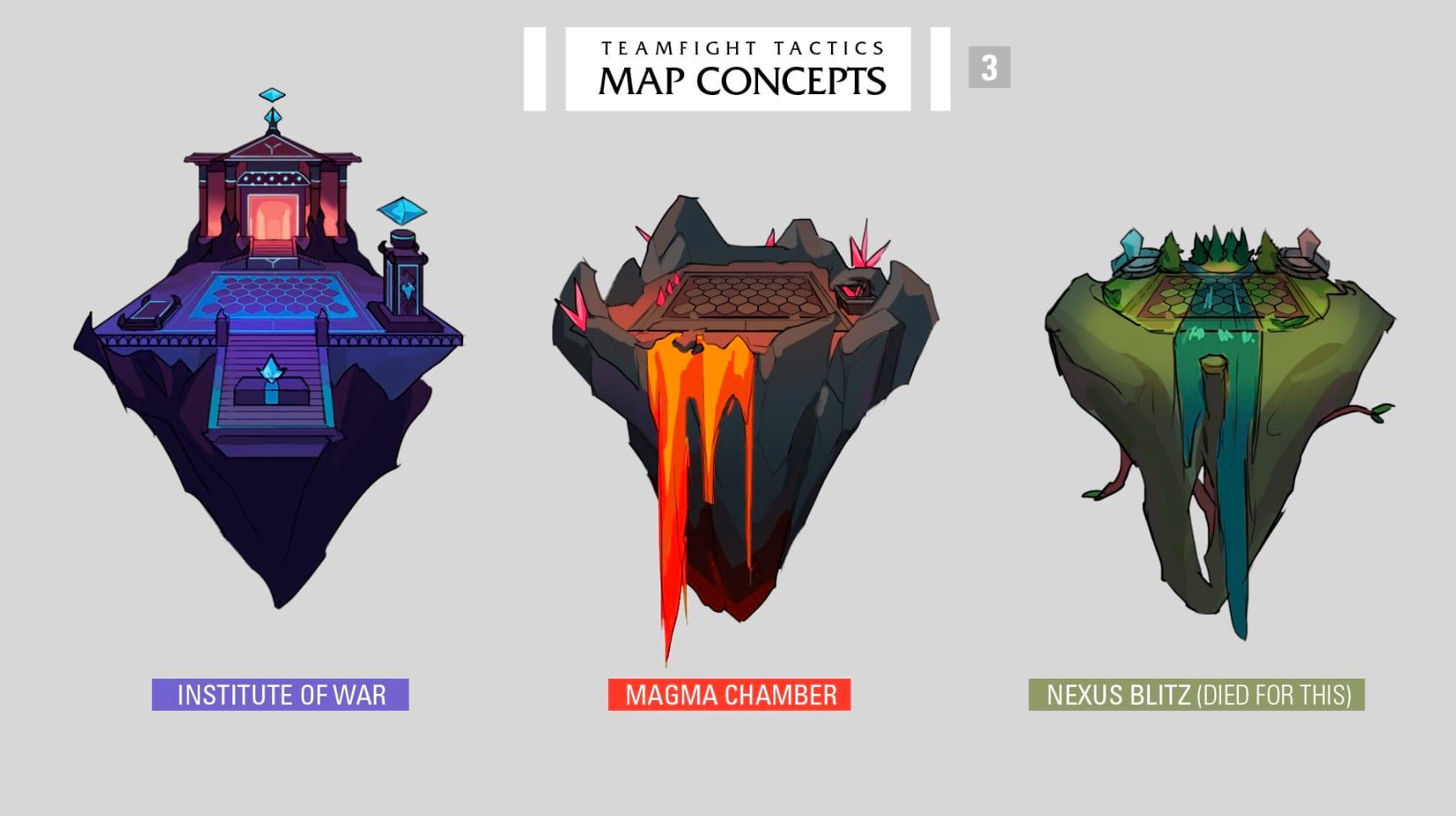 With Teamfight Tactics battles involving one player jumping to another’s board, giving players the ability to customize their boards could make for a much more visually interesting experience, rather than all of the battlefields being the same.

While it’s now available in the live League of Legends client, Teamfight Tactics is still technically in an open beta phase, with Riot focusing on gameplay elements like adding new champions and ensuring the game is balanced.

Once TFT is in a state Riot is happy with, however, it seems likely that they’ll turn some of their attention to cosmetic options for players to customize their game with.

Riot have already said that champion skins won’t be available in Teamfight Tactics as they may use them to offer champion variants with different traits – the next new champion, for instance, will be the ‘Cutpurse’ version of Twisted Fate rather than his base model, so that his Origin will be Pirate.

Players do already have the option of picking up a variety of ‘Little Legends’ that act as their avatars in the game, but custom game boards would be an epic way to let players further personalize their Teamfight Tactics experience.