Riot reveal how crazy League of Legends’ Aphelios could have been

League of Legends’ newest Champion Aphelios was revealed on November 25, with many fans being shocked by his overwhelming kit. However, Riot Games have revealed just how much crazier it could have been.

Aphelios will become playable on December 10, joining the League of Legends in the marksman role. But he is nothing like any other marksman, or champion, in the game so far.

This new character has a rather complicated kit, as he makes use of five different weapons which change both his auto attacks and abilities. These weapons are all unique and feature both short and long-range, giving him a dynamic playstyle.

To make things even more complex, the weapons all get their own abilities and have a limited amount of ammo, so players will constantly be switching around. All this gives the champion access to seven different abilities, as well as 17 different combinations for his Q, which combines two weapons. 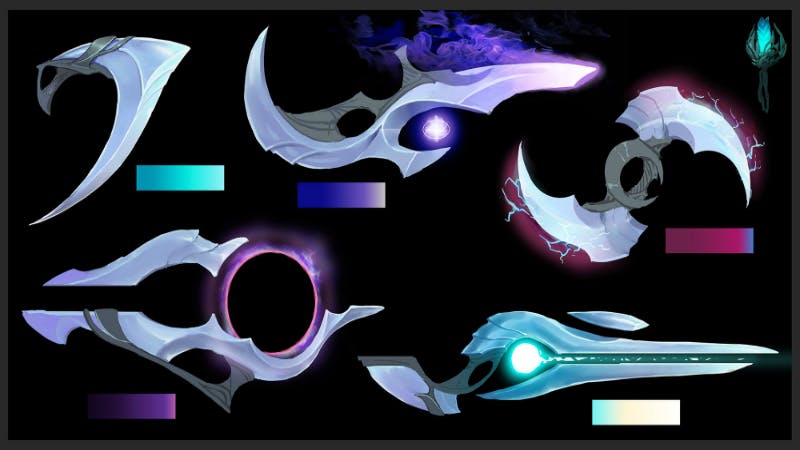 Five weapons already seem fairly difficult to master as there is a high number of combinations and synergies that could be made with them. However, Riot revealed that the champion’s initial design was incredibly complex, as he had 25 different weapons.

“When we were early on exploring the concept of master of all guns CertainlyT wanted to put literally 25 weapons on him. I really love that commitment to the concept, but LOL” said LoL’s gameplay designer Mark Yetter.

At one point when we were early on exploring the concept of "master of all guns" CertainlyT wanted to put literally 25 weapons on him. I really love that commitment to the concept, but LOL.

It’s difficult to imagine how the champion could even work with so many weapons, as that would give him 27 different abilities and an insane amount of options.

League fans were understandably shocked by this revelation, some saying the designers must be “on crack” while others praised them for being “creative and unique” even if this may be going a bit too far.

Aphelios will already be incredibly difficult to master thanks to the massive amount of spells and weapon combinations he has, but at least players can be thankful they won’t have to deal with 25 different weapons and hundreds of combinations.