After their impressive win over G2 Esports at Worlds 2019 finals, each member of the FunPlus PhoeniX League of Legends roster was also provided with a custom Louis Vuitton gift.

Ahead of Worlds 2019, Riot Games announced that they would be partnering with Louis Vuitton to make the official case for the Summoner’s Cup during the Grand Finals in Paris on November 10.

Since then, they have revealed more ways that the worlds of fashion and esports can collide, introducing new Prestige skins in League of Legends for Qiyana and Senna, from the True Damage group, which were designed by LV’s artistic director.

However, the trophy case and skins were not all of the projects that the two companies have been collaborating on, as they also revealed that each of the FunPlus Phoenix members had received customized watches from Louis Vuitton. 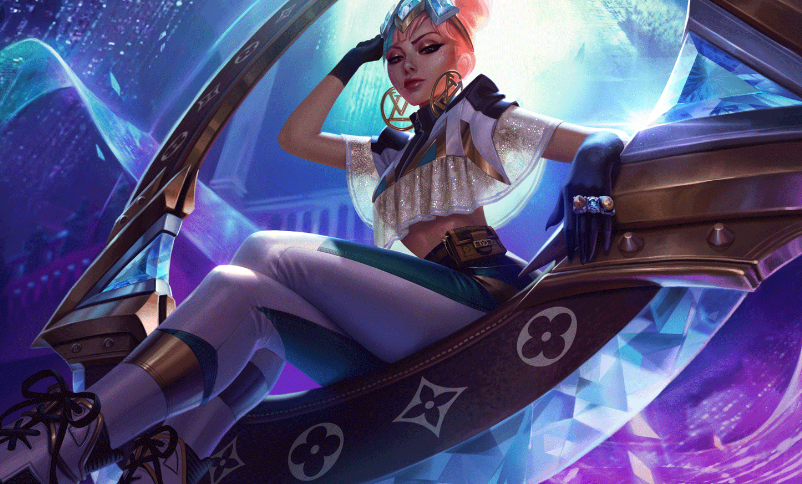 Qiyana was the first champion to receive a Louis Vuitton Prestige Edition skin.

“Our partner Louis Vuitton provided each member of the League of Legends Worlds 2019 Championship team, FunPlus PhoeniX, with customized LV x LoL watches.” He said, after posting pictures of FPX players showing off their new accessory.

The wristbands on each of the watches were marked with both the iconic monogram print, which is often seen on Louis Vuitton leather products, as well as the official LoL Worlds logo to mark the occasion.

“To the victor… go the spoils”

The exact value isn’t known, but Louis Vuitton sells some of their popular watches for upwards of $5,000 and given these are exclusive, their value will be inflated – although we doubt any of the players plan on selling them.

However, it is possible that Riot Games and Louis Vuitton may release similar watches or more products in the future that will be available to a much wider audience for purchase.

The Louis Vuitton partnership marks the first time that Riot has collaborated with another major brand, outside of the world champion team skins, and introduced unique skins to League of Legends for players to enjoy.

Another game that is known for its collaborations on in-game skins is the popular battle royale, Fortnite, who has recently announced that a stormtrooper skin would be available for players after teaming up with Star Wars.