The League of Legends World Championship 2019 Playoffs draw took place on October 20 and a number of professional players have shared their thoughts on the upcoming matches.

Worlds 2019 is well underway with the group stage having come to an end on October 20, deciding the eight teams that will take on the Playoff bracket.

As always, the group stage was incredibly competitive and full of amazing moments, but now the victorious players have switched their focus to the Playoffs, and some have even shared their thoughts about their initial opponents. 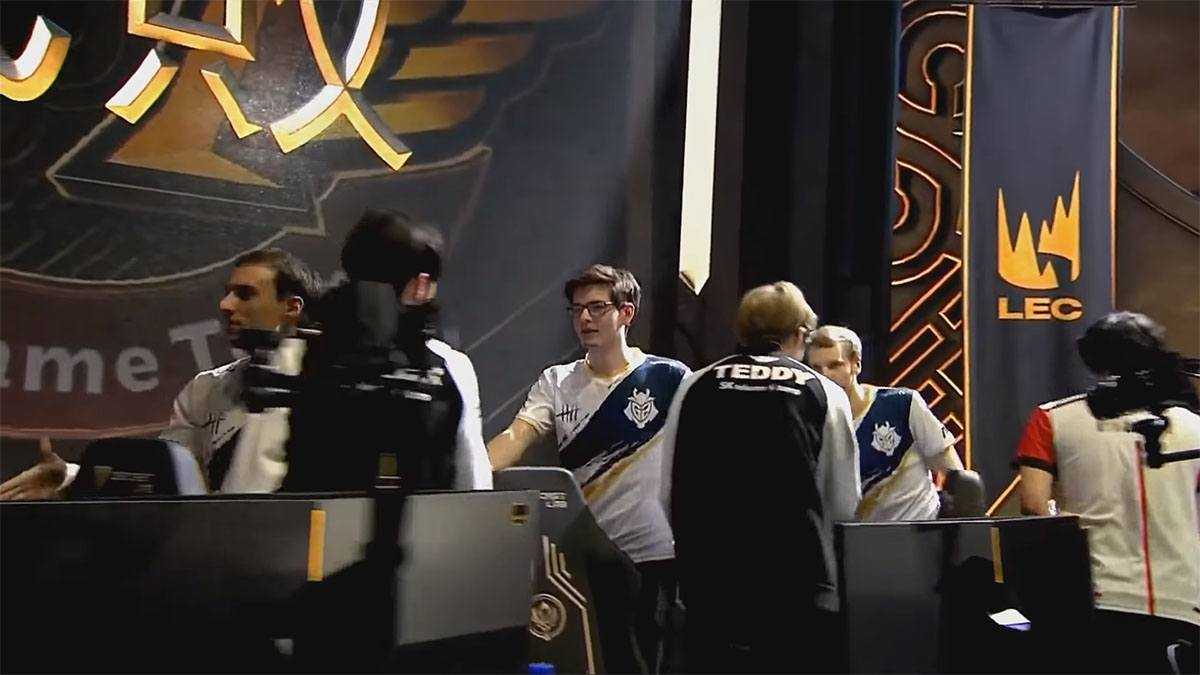 The biggest LoL tournament of the year is well under way.
[ad name=”article2″]

One of the first players to comment was G2 Esports’ Marcin ‘Jankos’ Jankowski who simply said he was “happy with that” and issued a challenge to his former teammate Sin ‘Nuclear’ Jeong-hyeon, who now plays for Damwon Gaming – G2’s first playoffs opponent.

His teammate, Luka ‘Perkz’ Perković, seemed more relaxed about the draw and quoted one of the Pole’s earlier jokes: “Those eastern teams are very scary… every time I close my eyes I can see them,” as two of the three other teams in his side of the bracket are from Korea.

Those eastern teams are very scary ..
every time i close my eyes i can see them

Meanwhile, Fnatic’s players seemed to be extremely confident, with Tim ‘Nemesis‘ Lipovšek claiming an easy run to the final as he “can’t wait to play finals vs G2.”

The European second seed will have to face off against some of the best in the world on their way to the final as Chinese champions FunPlus Pheonix, Worlds title holders Invictus Gaming, and Korean rising stars Griffin are all on their side of the bracket.

If Fnatic are able to match Nemsis’ confidence and play at that level, then this Worlds will be one to remember for Europe.

The Playoffs kick off on October 26, where fans will be able to see just how well these players can perform, and who will be crowned the 2019 LoL World champion.