There’s been a shift of power as to which competitive LoL region stands on top all others. Historically it’s been Korea with SKT’s Lee ‘Faker’ Sang-hyeok leading the way, but European and LPL representatives have been putting together stellar performances internationally to contest the top title.

With their 3-1 series win over SKT, the G2 army celebrated another incredible win on their way to the Worlds 2019 Finals led by an MVP performance from Marcin ‘Jankos’ Jankowski.

Perkz has Jankos over Faker

His dominance on the Rift definitely didn’t go unnoticed by his team while on stage, as heard in G2’s peek into the voice comms from the Palacio Vistalegre stage.

Before loading up into what would be the fourth and final game of the series, Perkz was impressed with his jungler so far in the semis.

“Jankos, you want me to say it?” Perkz said looking toward the LEC Summer 2019 MVP to his right. “I’ll say it: You’re literally better than Faker.”

Without a moment’s hesitation Jankos let out a victorious clap before blasting into the mic “Yeah!.”

As good as the G2 lineup is, they’re actually equally wholesome as a team seeing as they’ve all grown quite accustomed to each other. 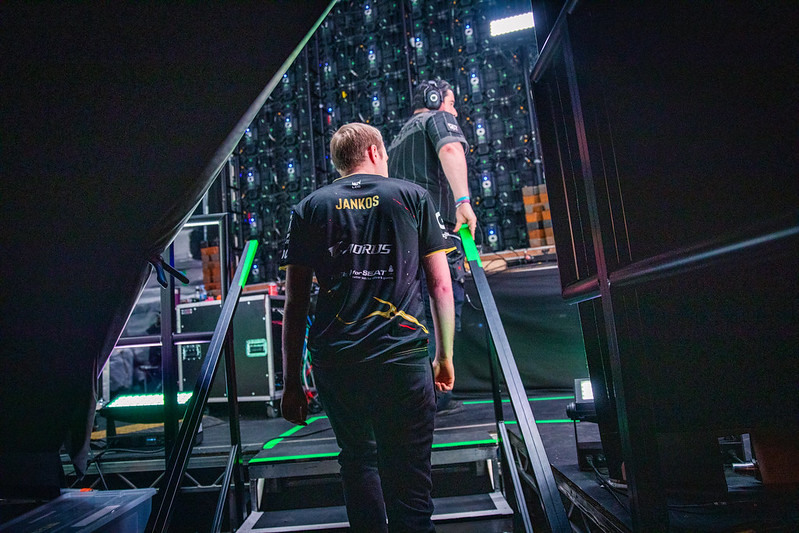 Jankos has been having a historic 2019, leading some to believe he could top the best in the world.

Even though the interaction between the two was a charming as any other in Worlds semifinal’s history, Perkz actually touched on a hot topic of debate for many LoL fans.

On every list of the top players at Worlds 2019, Jankos and Faker are consistently featured. While they’re undoubtedly top players in their respective positions, there’s a solid debate on which could actually be the “better” player in the current era.

Though that question doesn’t seem to exist in Perkz’s mind, especially after Jankos led the way on the road to topple SKT and Faker in a best of five. In that series, Jankos had a 3.3 KDA and a 67.8% Kill Participation that kept G2 in the game against a stacked SKT side.

Even though Faker held his own in that series, even his historically dominant Ryze couldn’t stop the G2 army. His 729-day streak without an international loss on the Rune Mage was snapped by G2 after game three of the semifinals. In the four games, Faker was down in CS for most of the series opposite of his G2 counterpart.

For those who still aren’t convinced, Jankos will have another chance to prove himself when the G2 army face off against FunPlus Phoenix in the Worlds 2019 Grand Finals on November 10.