The 21-year-old, formerly of Team Liquid, had been inactive on the team’s roster after being benched during the summer split playoffs for Richard ‘Rikara’ Samuel Oh which continued into Worlds, leaving the player with an uncertain future.

After Worlds 2018, on November 8, Cody Sun – like many players – revealed via Twitter that he was exploring his options, but he did not know if he would be returning to the NA LCS for next season.

On November 28 100 Thieves announced that they have agreed to part ways with Cody Sun entirely – meaning the ADC is a totally free agent. The organization took to Twitter to thank him for his time with the team and to also confirm that the 21-year-old is now able to sign with whoever he sees fit. 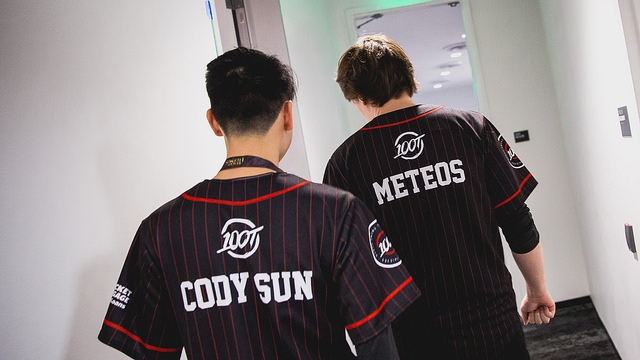 Cody Sun will be free to sign with any LoL team after a turmoil-filled end with 100 Thieves.
[ad name=”article3″]

There have been rumours of the player following in the footsteps of former FlyQuest and 100T jungler Matthew ‘Meteos’ Hartman and swapping the black and red pinstripes of 100 Thieves for The Greenwall and OpTic Gaming.

With OpTic looking to round out their roster for the upcoming season with an ADC player, Cody Sun would be a logical fit, especially given the fact that he has experience playing in the NA LCS and with Meteos.

The new NA LCS season begins in early 2019, with 100 Thieves set to showcase a revamped and all-star starting line-up of: