A League of Legends player has found a good use of the loading screen other than the same old tips and trivia, devising a new feature to help understand the abilities of other champions in the game.

From the little quips of trivia, to the small tips to newer players, the loading screen can be helpful. However, after a while, the information it gives you becomes repetitive and downright boring. 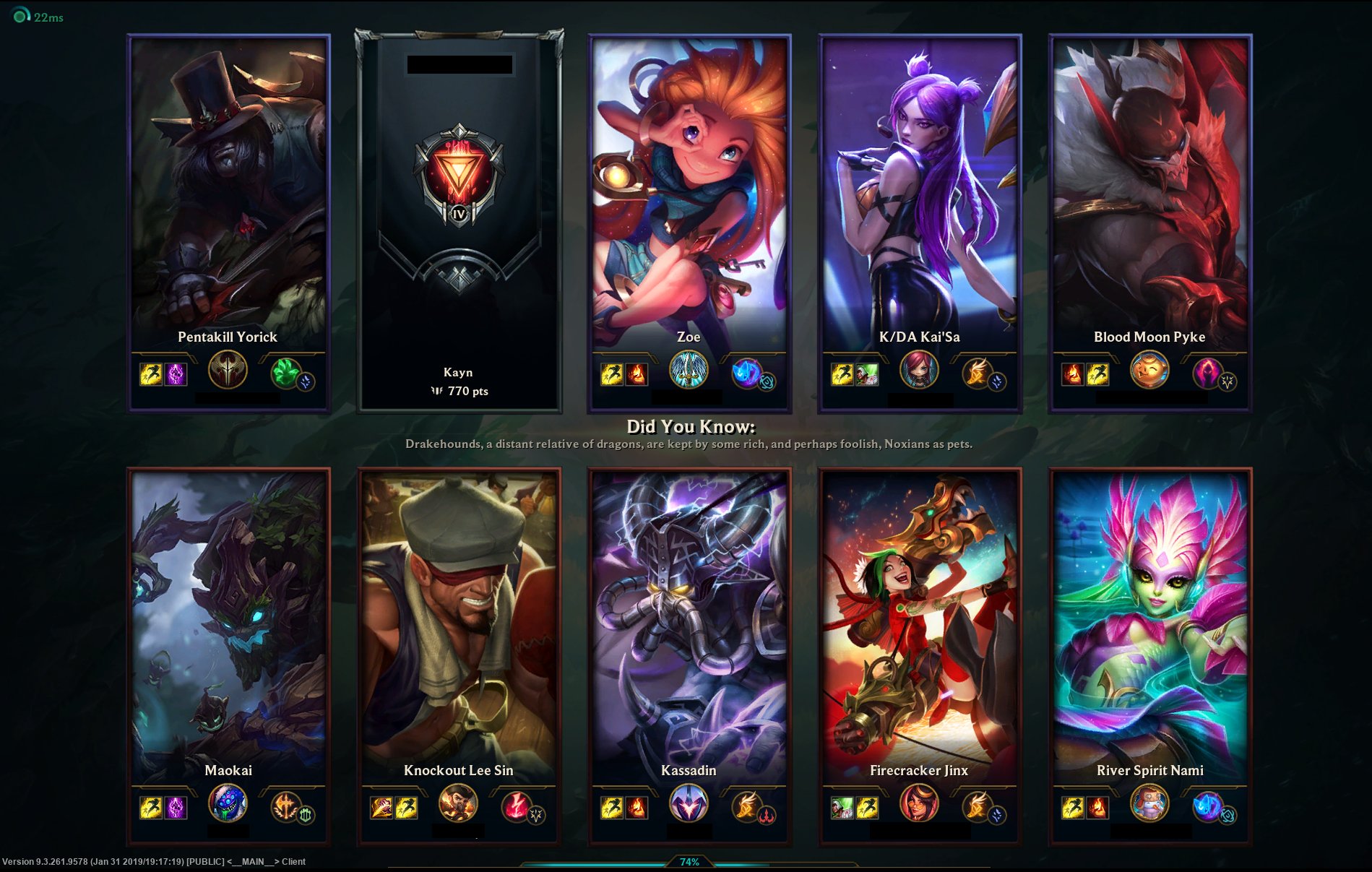 Who cares about Noxians keeping Drakehounds as pets?

To fix that, Reddit user ‘Maluber’ came up with a new feature that would help players no matter the game. Instead of spitting out useless facts, Maluber wants to transform the loading screen into a wealth of information about the game.

“Adding champions abilities to the loading screen [would] improve the new player experience by allowing them to read the tooltips of the kits they’re facing,” he said.

“Since they made the loading screen interactive, surely the next logical step is to show [each] champion’s abilities. You can hover over them and read the tooltip of what the ability does. It could just be the line of text they use in the collections tab to describe the ability.”

Would adding champions QWER abilities to the loading screen improve the new / casual player experience by allowing them to read the tooltips of the kits they’re facing. from leagueoflegends

The idea isn’t just for new players though. The tooltips could be a nice refresher for veterans loading into the game for the first time in a while, or trying to understand a new champion like Aphelios.

“This would benefit not just newer players but everyone when a new champion is released and you can refresh your memory with what they do as you’re loading in to fight, or work alongside them,” he said.

Riot has latched onto the concept, with gameplay systems designer Daniel ‘Rovient’ Leaver replying to the Reddit post ‘stealing’ the idea. “Writing this down to present as my own in a future pitch,” he said.

This feature used to be in the game before the client update, although in champion select when you went to pick. It’s been removed for years, but this new demand for it might bring the tooltips back, either in champion select or loading screen.

Given the length of some ability tooltips, like Ryze Q or Aphelios’ passive it could be pretty hard to condense down into an easy-to-glance format.

However, it will save you the panic of not knowing what you are playing against, so you can go into every game feeling prepared.