The League of Legends devs have released the 9.17 update patch notes on August 27 that signal nerfs for the games newest champ Qiyana and buffs for reworked Pantheon among other changes.

Players will notice smaller patch changes from Riot Games from now until the end of the Worlds Championships so not as to completely throw off the meta while still fixing obvious problems in the game’s state.

Some of these problems lie in champs not showing “satisfying signs of successful play” while others have been feeling like a “complete wet noodle” through the portions of the laning phase. 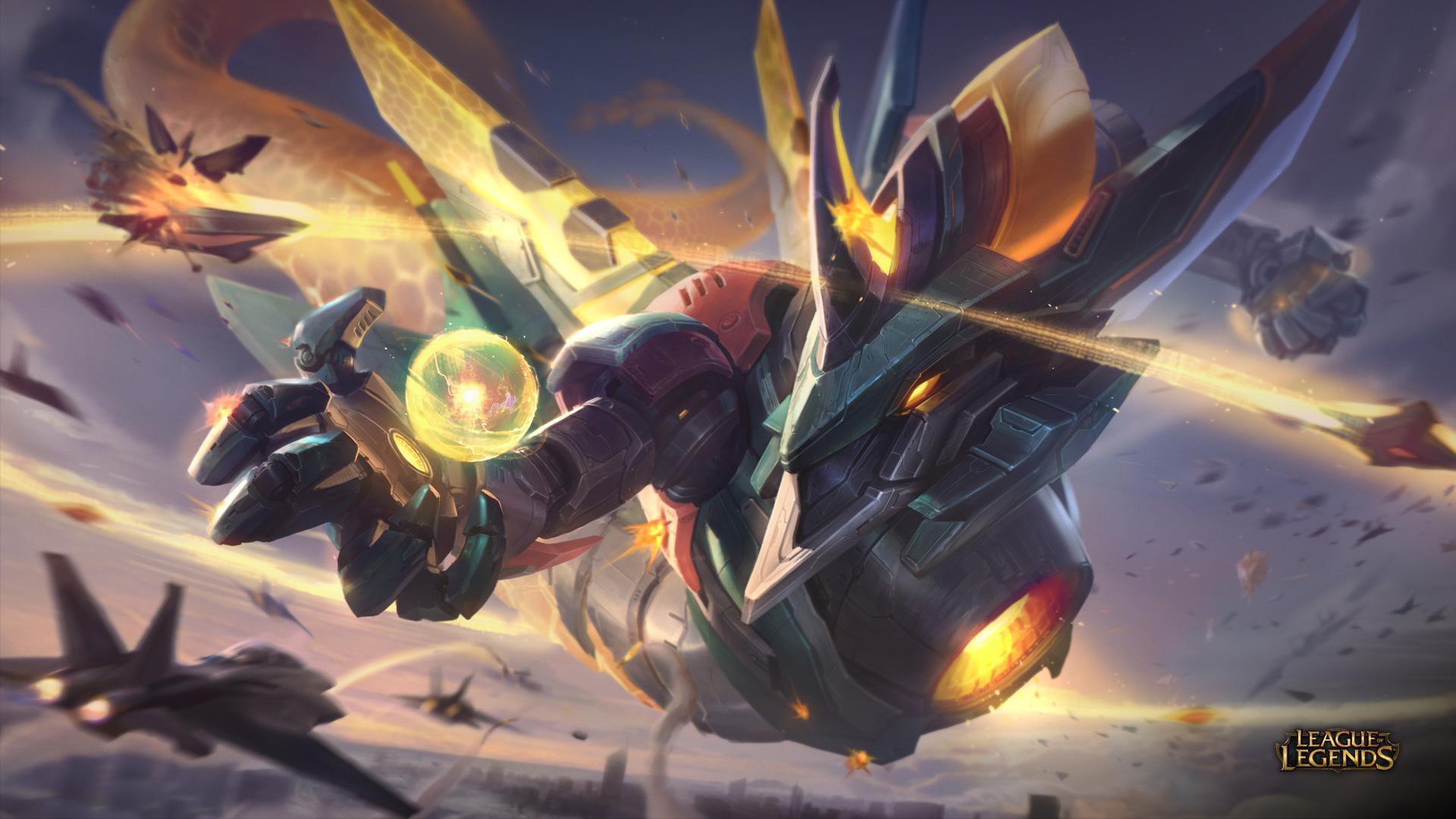 A-Sol is going to be a different monster with a great update to his Starsurge.

Aurelion Sol is the Center of the Universe

The Star Forger is going to be getting crucial updates in the 9.17 patch. While his base damage for the Center of the Universe passive is getting a slight nerf, the AP ratio is getting a flat 0.25 change which should help in the early phases of the game.

Another point of emphasis that A-Sol mains will appreciate will be that his Starsurge will now keep up with the champ even if they are outpacing the ability.

This will finally put an end to bothersome instances where the ability will stop charging and explode just because A-Sol outpaced the Starsurge.

Previously the Riot devs gave Panth’s Aegis Assault a monster damage reduction, but since he’s been showing weaknesses in his jungle role that’s going to change.

Meanwhile his Pantheon’s Q is getting thrust damage. After his major VGU rework, Panth can either thrust or throw his spear depending on the player. But this change should “only help those who are struggling with relearning him.”

Hopefully this will translate to a stronger Pantheon that could be a much more viable jungler than he was before. 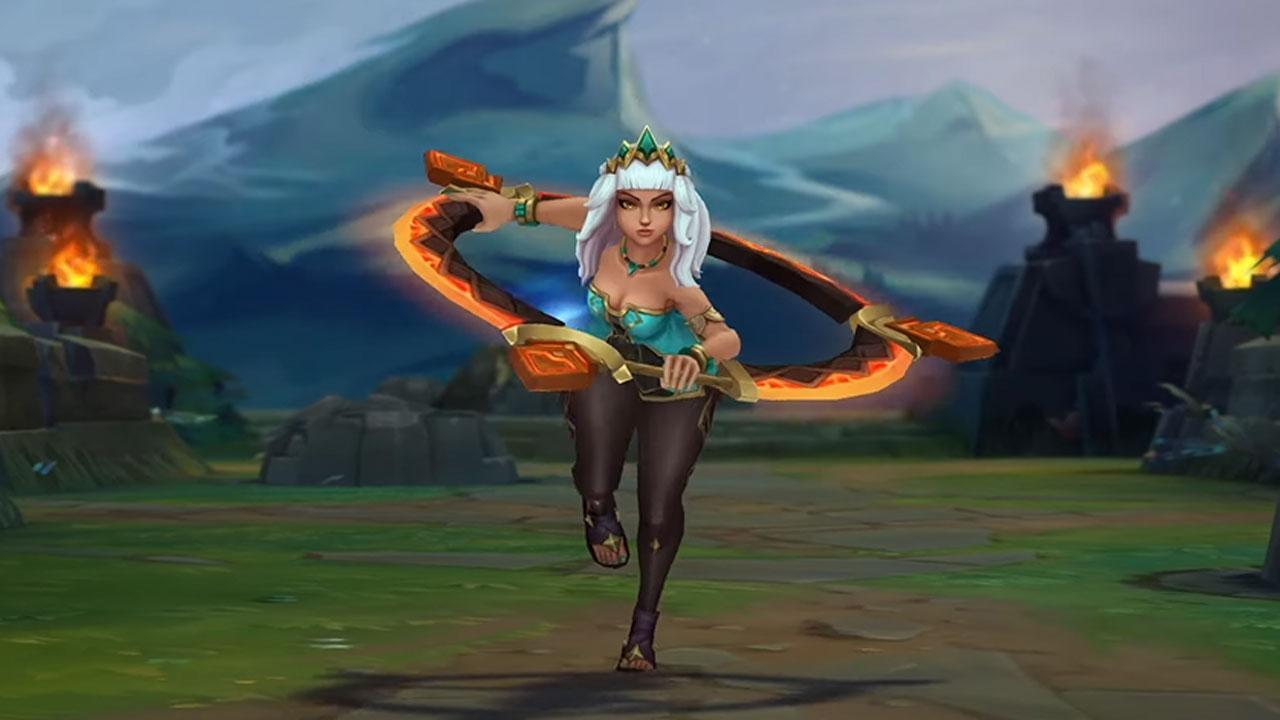 Qiyana won’t be as intimidating to duel against in the early phases after the 9.17 patch.

Qiyana is cooling down in lane

While there’s been a lot of mixed feelings toward the Empress of the Elements upon release, it looks like she’s become a favorite among aggressive early laners.

The Rioters have noticed that she might be too much good at trading damage in the early phases of the game. In response to this, her Audacity dash’s damage is getting nerfed so she doesn’t have as deadly of a response to lane duels.

Similarly, her Ultimate will now have a flat cooldown of 120 seconds in all ranks so that “near constant ults” don’t feel too suffocating in team fights.

It seems like Riot Games is trying to level the battlefield as much as it can with power picks. While some of the champs got healthy enhancements, hopefully it won’t shake up the game too much.

To get a full breakdown of the 9.17 update and its contents, read the full patch notes below.

We’re making Aurelion Sol more vulnerable to counterplay in the early game so that we have room to buff his scaling and presence in the late game. His adjusted W should also help make him a more approachable champion to those new to him, with clearer indicators of success and more satisfying in-game payoff.

Passive – Center of the Universe

NEW – CATCH ME CATCH YOU – If Aurelion Sol is faster than his star, the star will speed up to keep up with him

NEW – LET IT RIP – When Aurelion Sol pushes his stars out to the Outer Limit, they gain increased damage and rotate at a high, but decaying speed. After 3 seconds or if Aurelion Sol reactivates it early, the stars will retract and grant Aurelion Sol 40% movement speed, decaying over 1.5 seconds

Galio’s been underperforming for the last few patches so we’re helping him out to keep him competitive against other choices.

Rounding out an unnecessarily gross number

Buffing Kalista in this specific way so she can succeed more in the hands of an average player and generally in a wider range of games.

We’re shifting power into Kayle’s early game at the cost of some of her late-game carry potential. Kayle should still be a weaker champion early who ascends into a god, but she (and her opponents) should now have more influence on whether or not she gets there.

NEW TRANSCENDENT ATTACK RANGE – When Kayle is in her Transcendent form, she gains an additional 50 range for a total of 575 attack range on basic attacks

We’re letting Leona really lock into the engaging supports that she fares well against to keep her a good counter against those specific match-ups.

Giving Lucian a bit more power in the early laning phase to punish champs who have been able to run around freely without fear.

Neeko can now deactivate her passive without taking damage or casting another ability.

Giving Neeko a QoL change so she can return to her own form without having to expend a resource or take damage.

NEW I’M BEAUTIFUL – When disguised, Neeko can select herself to deactivate her disguise, putting it on a 2 second cooldown

Even after the removal and decrease of the monster damage reduction on his Q and E, respectively, jungle Pantheon is just not as strong as his other roles. We’re following up by entirely removing the monster damage penalty on his E, since it appears we were being too cautious regarding his jungle prowess. This and the change to his Q Thrust shouldn’t swing his balance too much, and only help those who are struggling with relearning him.

Qiyana’s early trade damage makes her stronger than she should be in lane. That coupled with her near constant ults later is a bit too overbearing throughout the whole game.

Now that Ryze has proven he can be useful without Overloading his enemies in competitive play, we think it’s safe to give him a smidge more survivability.

We’re giving Zyra more opportunities to burst down her enemies.

In 2017, players asked us to expand the weekly free champion rotation beyond just 10 champions. As a result, we updated our model to include 10% of the total number of available champions to the rotation and increased the number to 14. With Qiyana, we’re officially at 145 champions! As promised, we’re officially increasing the number of champions to 15 in the next free-to-play rotation on the first week of September 2019.