League of Legends: 100 Thieves star Bang reveals why the team is struggling

100 Thieves League of Legends star Bae ‘Bang’ Jun-sik has opened up about the team’s current struggles and revealed just what they are doing in order to turn their season around.

The all-star roster is stacked with talent but currently sits joint-bottom in the LCS Spring Split standings, two wins behind the play-off chasing pack.

Their most recent weekend of results included defeats to OpTic Gaming and Team Liquid – extending their losing run to four games. Much was expected of 100 Thieves after their successful off-season of roster changes, but the team has been lackluster during the split and will need a serious change in fortune if they are to make playoffs. 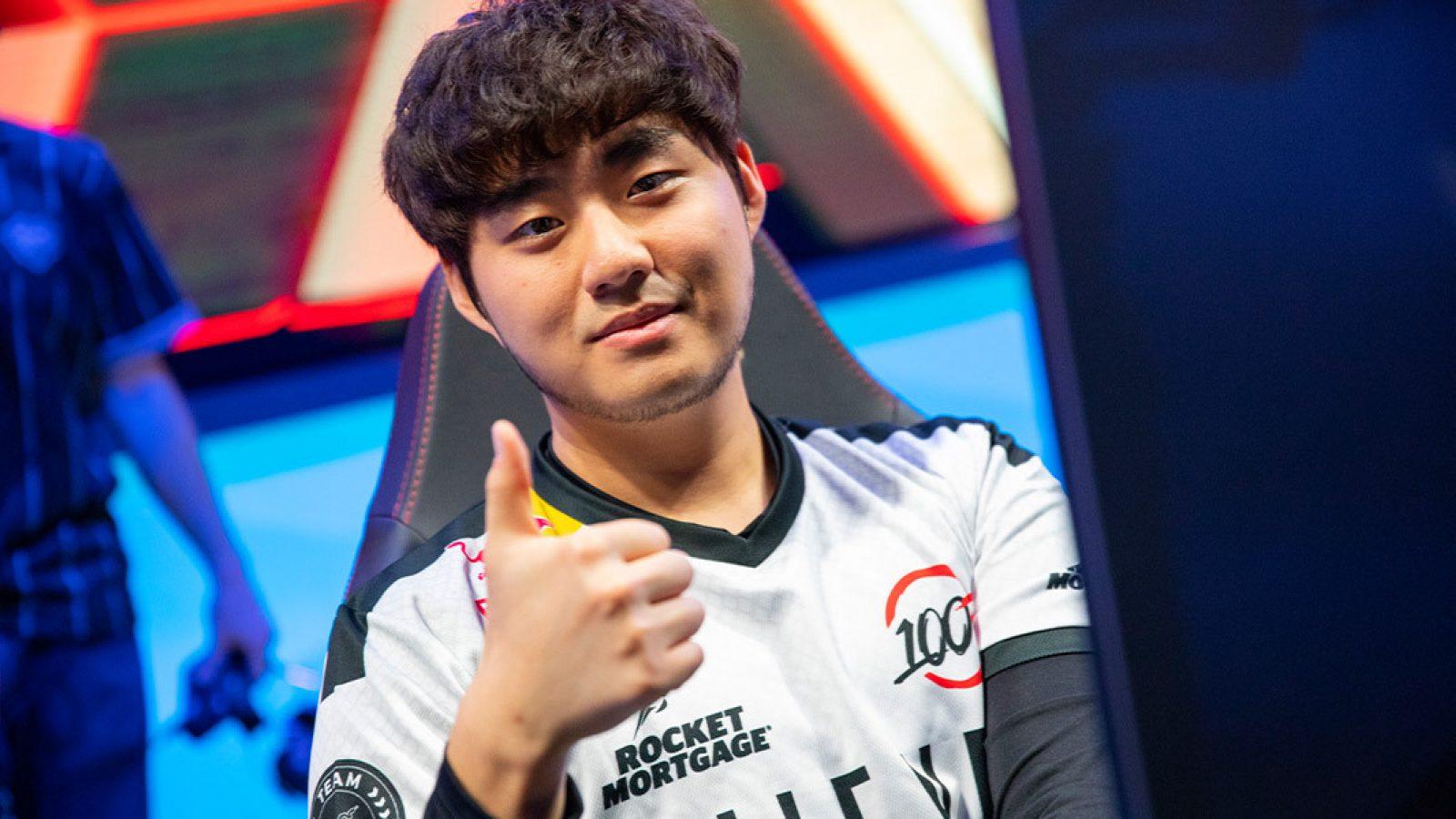 The former world champion was brought in to propel 100 Thieves forward – but it hasn’t worked like that just yet.

However, Bang revealed that they recognize their errors and are working hard to right the ship in order to be successful.

Speaking to Locodoco, the star ADC said: “It seems like we all make different decisions. We have different judgments and can’t seem to find out what we want to do. It’s hard to well on our own roles, so it feels like we have to help each other out.”

He continued: “But once we start doing that, we get too focused on each other’s performances – which throws off our calls. Even when I play, there are moments when I have a different thought process. It’s not like always 100% right too, so it’s hard for me to tell my teammates what to do – especially during on-stage matches.”

(Timestamp for mobile viewers of below video – 2:40)

The Korean star also explained that the team’s natural differences in playstyle don’t help, especially as he has crossed over to LCS from a number of years ingrained in the LCK, but that communication is not an issue – the team, sometimes, just has problems understanding which each player is going to do.

Bang added: “I was used to Korea’s playstyle and NA players are used to the NA playstyle, it’s difficult for me to match this kind of playstyle. If there’s a situation, I would do what I used to do for the last 6/7 years – that mindset is implemented in my brain.”

In a bid to turn their split around, 100 Thieves will face Clutch Gaming on March 2, looking to pick up a win and put themselves right amongst the play-off spot chasing pack of teams.