History matters. Since 2013 when the World Championship top four included SK Telecom T1, Royal Club Huang Zu, and Fnatic, the names of these three teams have echoed through League of Legends History.

Event after event pitted these teams against one another until they formed some of the first long-standing international rivalries in a game with few opportunities to create them.

Within the tunnels of time, each of SKT T1, Fnatic, and RNG have carved out their own unique developmental histories and styles. Isolated domestic play has more of an impact on how the teams rise, but the enthusiastic fan has seen RNG vs Fnatic and SKT vs RNG play out enough times to understand the key players and stylistic tics to look for in each matchup, regardless of season.

Though the iterations of Fnatic, SKT T1, and RNG that come to Worlds this year vary from past rosters, a lot of the core of how these teams operate will still resonate. That makes Group C one of the most stylistically interesting groups to watch in the tournament even before a Play-In team graduates to join it.

Given the forms of SKT T1 and Fnatic, most who have watched all three teams this year would set them as favorites to advance to Quarterfinals in any other group, but history paints a different picture.

Despite Group C being a group with some of the most terrifying giants of the tournament, Royal Never Give Up find themselves with a stylistic advantage that gives them a way better shot than they would have against the likes of G2 Esports or Damwon Gaming. One man’s Group of Death is another’s road to quarterfinals.

The evolution of would-be challengers 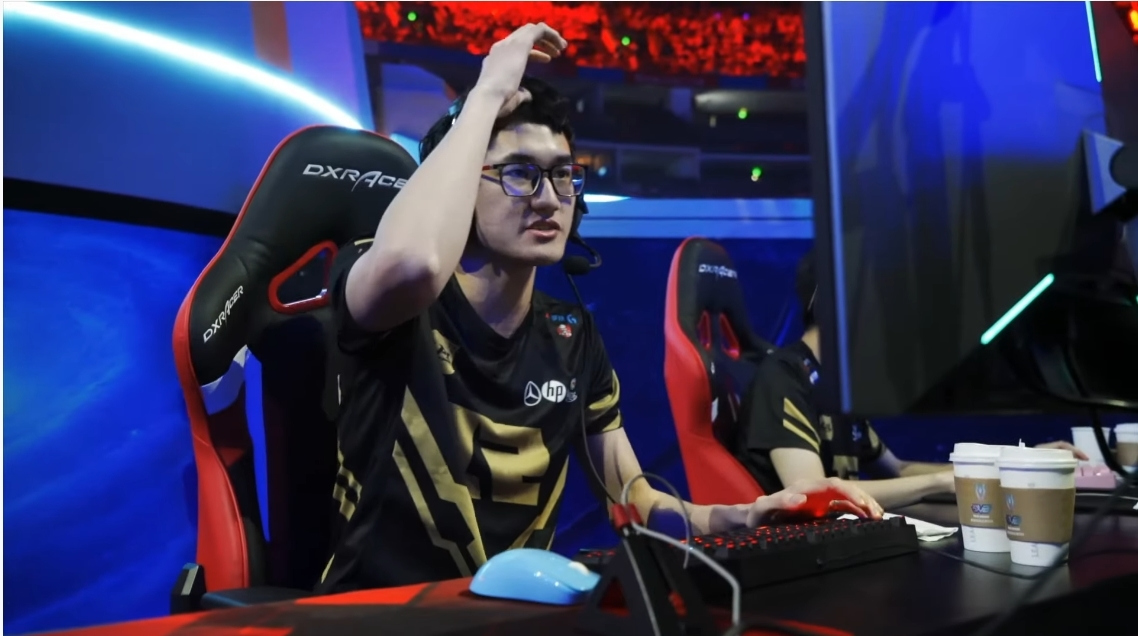 Royal Never Give Up has had one of the most frustrating histories of development of any team attending the World Championship. When the core RNG roster cemented around Li “xiaohu” Yuanhao, Jian “Uzi” Zihao, and Shi “Ming” Senming in 2017, they began to flourish in creating more consistent map setups and systems that allowed Yan “Letme” Junze and xiaohu to shine with a 1-3-1 approach and Uzi holding the mid section with champions like Varus.

During this period, Letme’s most played champions weren’t Ornn or Maokai, as he later became known for, but the likes of Camille and Kled. Jungler Liu “Mlxg” Shiyu had much higher proximity toward top and mid than bottom. Then, with independent pressure from bottom lane, Uzi and Ming could control the mid section while Letme and xiaohu used double Teleport to dive side lanes for victory.

This team — the most 1-3-1 oriented team with Uzi on the roster — lost out to Team WE in a bid to attend the Mid Season Invitational, but even as the meta shifted toward Ardent Censer by the World Championship, RNG retained some of that identity. The way the team set up the map in the mid game centered around first snowballing through mid-jungle early and allowing xiaohu to pull pressure later.

When teams would flock to xiaohu in a side lane, Uzi could step up to clear the wave second after his opposing AD Carry and flank for a team fight while xiaohu stalled. That approach secured RNG strong side control that protected their AD Carry from the forced flanks that punished a lot of western teams at the 2017 World Championship.

RNG lost out to SK Telecom T1 at that World Championship 2-3 when Lee “Faker” Sanghyeok’s Galio could shut down xiaohu in lane and force on Uzi, Mlxg, and Ming with global pressure. Even so, most games drew out, and SKT T1’s control of the series felt tenuous at best.

Since 2017, however, RNG, evolved progressively away from more solo lane reliance to the most extreme form of bottom lane-centric play without employing funnel. A lot of what made xiaohu impressive this summer came from his ability to impact the map from itemization and gold deficits when he gave up mid lane waves to dive bottom for Uzi and Ming. When RNG rotate around the map, both xiaohu and top laner Xie “Langx” Zhenying drop waves for Uzi to pick up gold from multiple sources. 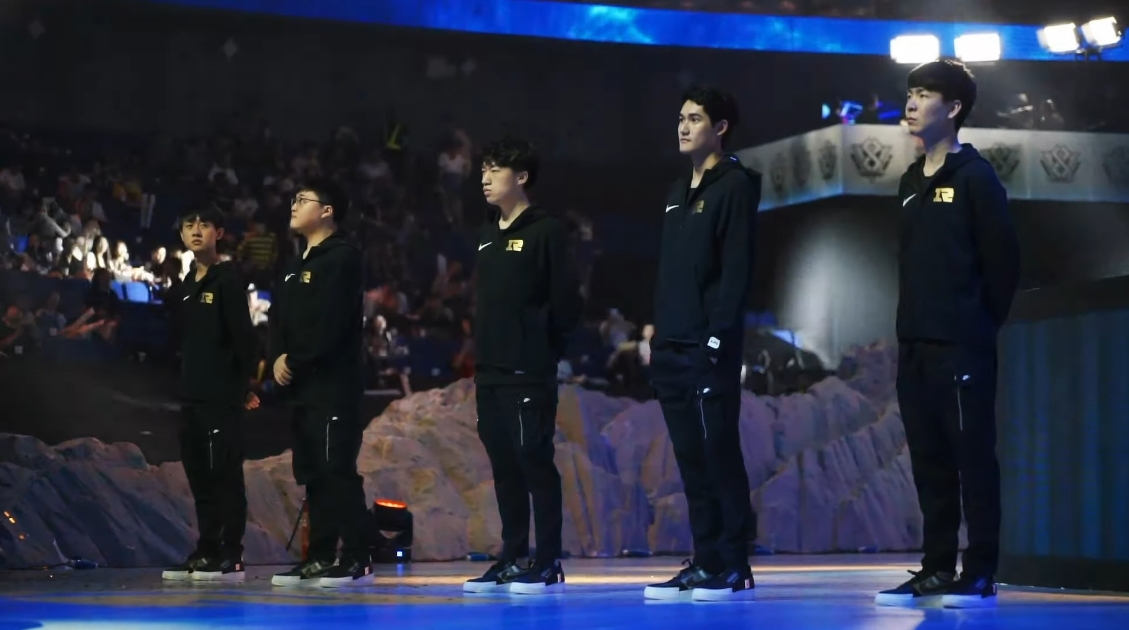 RNG have shifted in the mid game from generating pressure in sides to having Uzi walk forward in the mid section, and setting up the rest of the team to flank if the opposing bot duo walks forward while players attack turrets in sides. Much of this game plan relies on Hung “Karsa” Haohsuan and Ming to land engages on important targets, as in RNG’s now famous Skarner-Karma-Sivir-Yuumi composition.

In the Grand Final against Fun Plus Phoenix, RNG identified that the best way to battle LPL’s first seed team is to target them through mid jungle. As a result, RNG tried to replicate much of their 2017 approach very suddenly. Langx took over the mid lane while xiaohu scaled on Corki in top lane, and Karsa and Langx successfully shut down Kim “Doinb” Taesang’s Yasuo in Game One.

But cracks showed in RNG’s rusty execution in the mid game. While RNG’s method of drawing pressure in side lanes worked well in 2017, much of the meta has evolved to prioritize mid prio after the first set of turrets falls. Instead of using pressure in sides to help Uzi, Ming, and Karsa contest FPX for mid prio, the game simply stalled out when FPX flanked in side lanes first and had to force Langx and xiaohu to back off. Rotations from the mid section went much faster for FPX, and RNG’s moves felt less decisive when they simply gave up the mid wave to have Uzi flank sides on Quinn in latter parts of the series.

Because of RNG’s disastrous and somewhat outdated execution, it seems very likely that they’ll go back to what they’ve practiced for the past two years: propping up Uzi to carry team fights. That approach cost them dearly against G2 Esports at last year’s World Championship, but Fnatic and SK Telecom T1 are not G2. 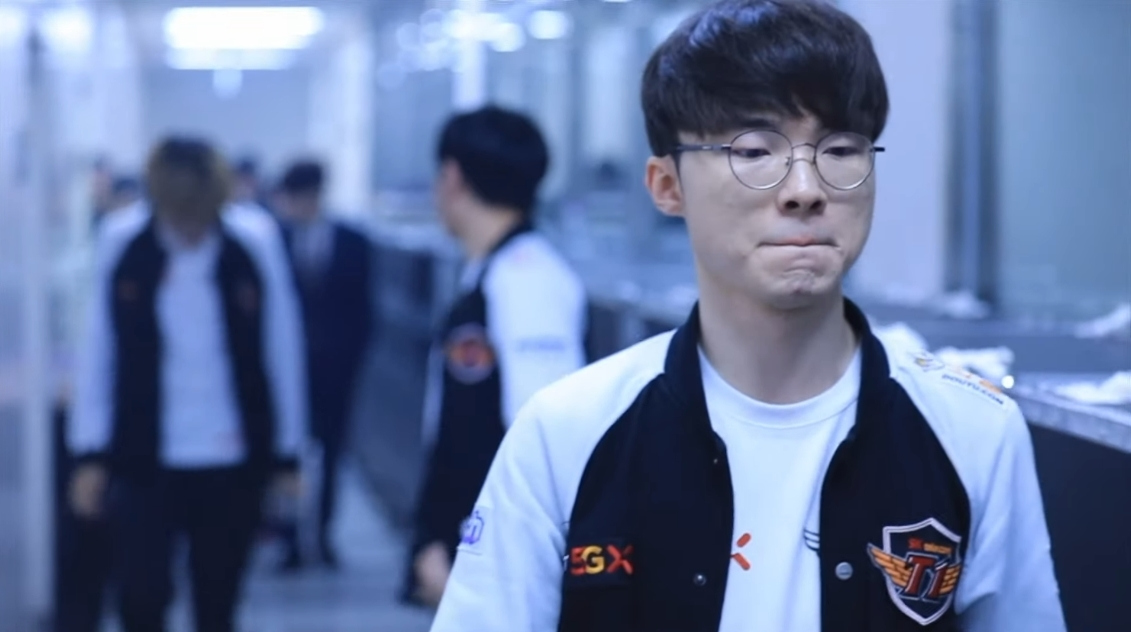 In assessing SK Telecom T1’s play in Summer, I named both Fnatic and Royal Never Give Up as good stylistic matchups against LCK’s first seed. Part of this comes from both teams’ ability to target through the bottom lane. For RNG, they play to snowball Uzi. For Fnatic, they play to free up support Zdravets “Hylissang” Iliev Galabov to roam to mid or top lane.

Throughout most of the summer split, Fnatic played with most jungle proximity near top laner Gabriël “Bwipo” Rau. But if SKT T1 don’t target their bottom lane and instead play for 2v2s on top side, an early game plan similar to the one Griffin executed against SKT T1 in Game Three of the LCK final naturally suits Fnatic. Like Son “Lehends” Siwoo, Hylissang is happy to look for champions like Shen that can turn a top lane 2v2 into a top lane 3v2.

While Bwipo and Kim “Khan” Dongha come cut from a similar cloth, SKT T1’s support-jungle synergy isn’t nearly as strong as Fnatic’s. Hylissang will likely serve as the critical factor in turning the top side. Unlike Griffin as well, Fnatic are way more likely to use Hylissang’s advantages to contest the mid lane after the first turrets fall.

Royal Never Give Up typically have good jungle tracking and are unlikely to fall prey to some of the 2v2 forces on mid lane that SKT T1 used to defeat Griffin. They will look for earlier windows to dive the bottom lane than SKT T1 typically use to leave the lane.

RNG also look for more four man plays on the bottom side of the map. If RNG ban or deny Ezreal, they can limit SKT’s ability to control the mid-section safely and play to out-team fight with a more accelerated AD Carry: a scenario SKT often readily opt into at bad item timings when they fight for unnecessary Cloud or Ocean dragons.

Fnatic’s failures against Royal Never Give Up 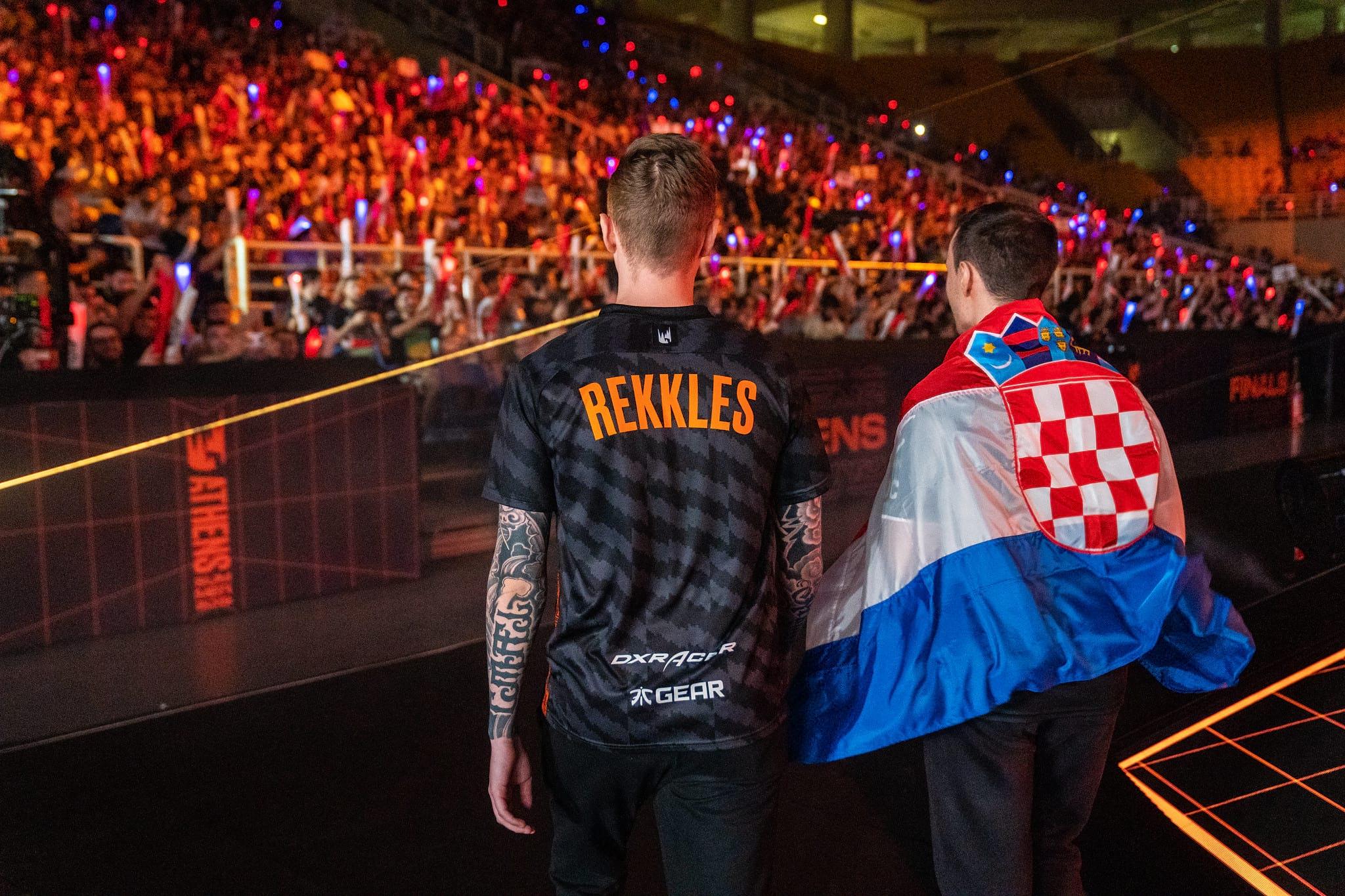 Fnatic’s losses to Royal Club at international events comprise the vast majority of Europe’s international losses to China. Since 2013, Fnatic have lost three best-of-fives in decisive fashion, winning only two games in bracket stages. Most of the bottom lane 2v2s between Rekkles and Hylissang and Uzi and Ming have tipped decidedly in RNG’s favor even without excessive jungle pressure.

With the way both teams have evolved, if that occurs again, Fnatic’s primary playmaker in Hylissang won’t be able to leave lane to roam. Fnatic can aim to counter by putting Tim “Nemesis” Lipovšek on a champion that gets easy mid lane priority, but punishing xiaohu for frequent roams didn’t yield success for opponent teams domestically.

Since Fnatic do naturally play more for top side and Langx has suffered more in absorbing pressure than Letme did when the two teams met previously, that could be Fnatic’s way forward. Fnatic and RNG will effectively enter an arms race between top and bottom lane, but a Fnatic without Hylissang freed on the bottom side is a headless Fnatic in the mid game and something we’ve nearly never seen in LEC this season.

Generally speaking, Royal Never Give Up should be counted as the weakest of SKT T1, RNG, and Fnatic in Group C. If they advance to the quarterfinals, they’re the team least likely to make a deep run. But because of stylistic advantages and RNG’s bot-fixated playstyle, RNG could well advance from Group C as first seed.

Unfortunately, that outcome would also cause the competitive nature of the rest of the event to suffer. Perhaps even a group of G2 Esports and Griffin would better keep RNG down, but as it stands, SKT’s Group of Death is RNG’s chance at life.