Kelsey Moser: Why FPX vs iG at Worlds hinges on Tian's performance - Dexerto
League of Legends

Kelsey Moser: Why FPX vs iG at Worlds hinges on Tian’s performance

In 2016 and 2017, Young Miracles made it all the way to the League of Legends Secondary Pro League Grand Final four times and failed that final best-of-five to qualify for the LPL.

But not every defeat ended in sorrow for the young talents of YM. Over the span of those two years, YM truly lived up to their name in introducing four of the 2019 LPL’s biggest young stars to the spotlight.

Starting with Shi “Ming” Senming joining Royal Never Give Up in 2017 Spring, YM proved a fertile scouting ground for LPL teams, and all four of the 2019 LPL Summer’s strongest teams sport a player from those four fateful YM splits. Two of them, Gao “Ning” Zhenning and Gao “Tian” Tianliang, will face each other in the 2019 World Championship semifinal.

TOP Esports’ Zhuo “Knight” Ding has yet to grace the World Championship stage, and perhaps next year the international fan-base will meet one of the greatest mid laners playing the game. But Ming nearly completed the 2018 Grand Slam with Royal Never Give Up, Invictus Gaming’s Ning is a returning world champion, and Tian has now made the semifinals of his debut Worlds with FunPlus Phoenix.

Ning and Tian are the only remaining Young Miracles representatives at Worlds, and they’re also both junglers. When Ning left YM to join Invictus Gaming, Tian took up his post in 2017 Summer to play the final split of LSPL before it became the League of Legends Development League. Both played their first competitive jungle splits for the same mid laner whose greedy approach to the lane eventually served them well in transitioning to jungle for two of the most decorated LPL mid laners: Song “Rookie” Euijin and Kim “Doinb” Taesang.

But in the Worlds semi-final, it’s unlikely to be mid lane in isolation that decides the series. If that were the case, I would have opened the article with Rookie’s empassioned speech to Chinese fans, Doinb’s string of rises and falls, and how both of their streams captured the hearts of a fan-base in a region they adopted rather than having been born into it. I would also say that FPX have no chance to win the series at all. But FPX can win, and if they do, jungle will make the difference.

Yet to play a BO5 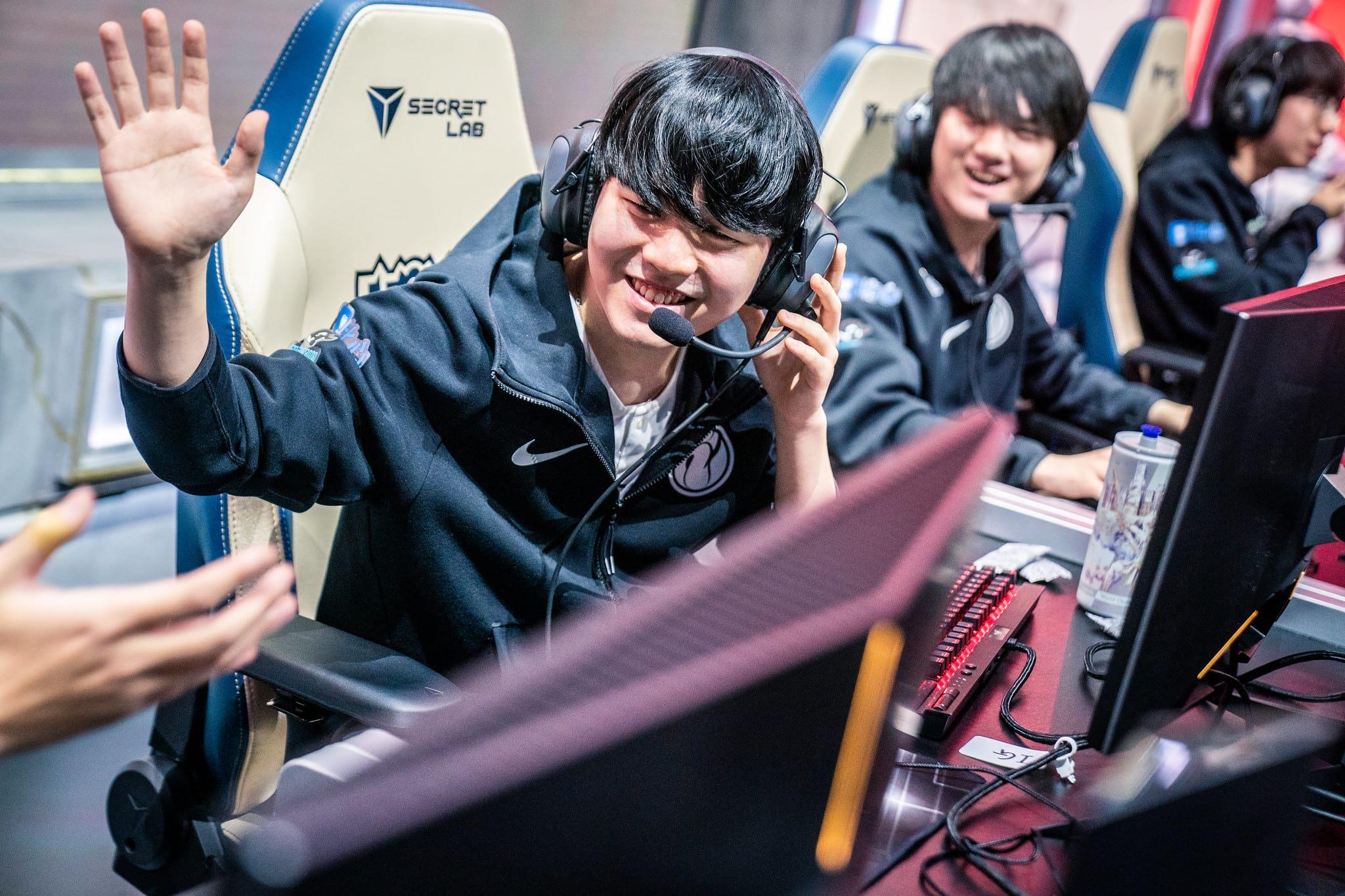 In Ning and Tian’s last encounter, FunPlus Phoenix came away with their only loss of the 2019 Summer Split. Ning was just two series away from the first time iG would decide to bench him for Lu “Leyan” Jue. For much of the series, as LPL junglers often do, Ning and Tian played to match each other across the rift. In the first game, Tian only cleared two camps on the bottom side of his jungle to recall and match Ning’s top side dive. This move staved off Kang “TheShy” Seunglok’s snowball to pave the way for a victory.

Within the context of the LPL, Invictus Gaming are effectively known for Ning and TheShy practically sharing the top lane. With better scaling in every lane, Tian merely had to match and minimize damage for FPX to win Game One.

But when iG adapted their drafts for Games Two and Three, matching as a jungler felt less impactful. Tian had to hover mid lane more with a less straightforward wave clearing matchup in Aatrox vs Corki, making it easier for Ning to track Tian’s movements and punish the Caitlyn-Lux bot lane over-extensions. TheShy could bully Kim “GimGoon” Hansaem on his own.

In Game Three, iG additionally learned their lessons. When they picked Taliyah as they had in Game One, they eliminated Doinb’s Ryze in the second round of bans. Doinb again went for a melee pick that needed Tian’s help in getting a favorable reset. At 4:30, Tian hovered bottom lane to afford Liu “Crisp” Qingsong a recall, and the two of them moved together to Doinb’s Nautilus. They repeated the same action again at 7:30 after a skirmish bottom lane.

This type of map movement is a very set play for FPX. If Doinb plays a melee champion or one that doesn’t have the same instant wave-clear as Ryze (able to effectively full clear even a cannon wave with two spell rotations after first recall), Doinb’s 1v1 laning usually falls short of his opponent because of a combination of poor wave management and a melee-heavy champion pool. 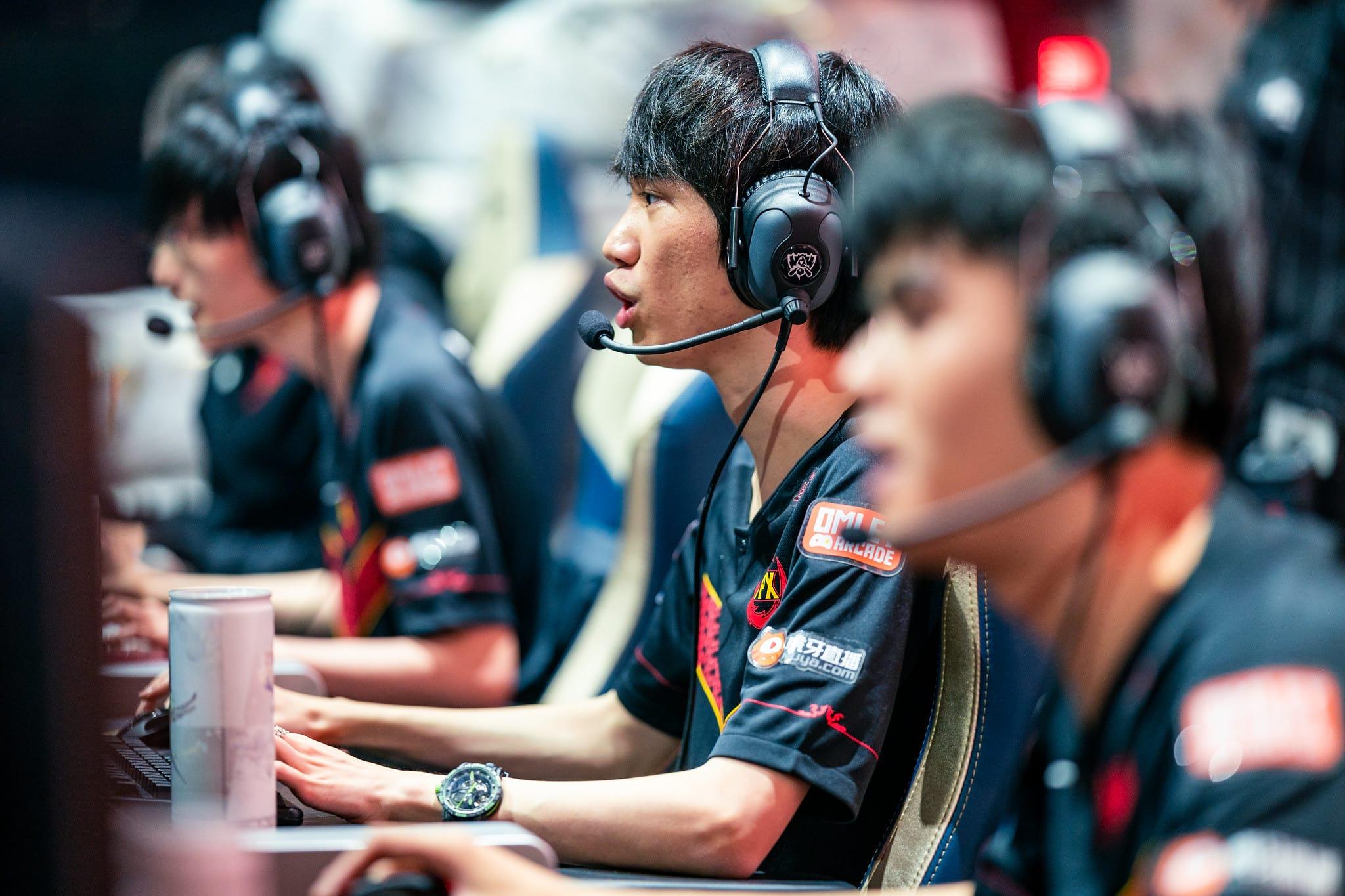 As a result, shutting Doinb down with a strong mid matchup and Ryze denial makes Tian’s movements predictable. FPX constantly wants to roam as three. If Doinb remains confined to the lane, that becomes difficult.

That, combined with Fnatic’s strange obsession with fighting in choke points when they can win 5v5s in open terrain, made Doinb’s Ryze look particularly unstoppable in the Fnatic series. Considering iG’s past trend of banning Ryze in matchups where Ryze might be appealing, we can expect it to be denied. That poses a problem for Tian, heralded by some (including me) as the best jungler at the World Championship.

Compared to Tian’s incredibly compelling performance against Fnatic’s Mads “Broxah” Brock-Pedersen, where Tian out-farmed and out-pressured the map, Ning has more question marks around his name. Many analysts have characterized Ning as the ultimate coin flip jungler. While Tian makes predictable moves as a result of his team’s setup, Ning always seems to be pulling the trigger at the wrong moment, or rediving a turret without a wave.

Most would agree, after watching iG’s quarterfinal against Griffin, that Lee “Tarzan” Seungyong embarrassed Ning. For me, it’s a little less clear cut. Ning’s lanes certainly allowed him more freedom, as top lane would always accrue an advantage in isolation, and Rookie did consistently more in priority matchups than a Jeong “Chovy” Jihoon left on melee tank duty. 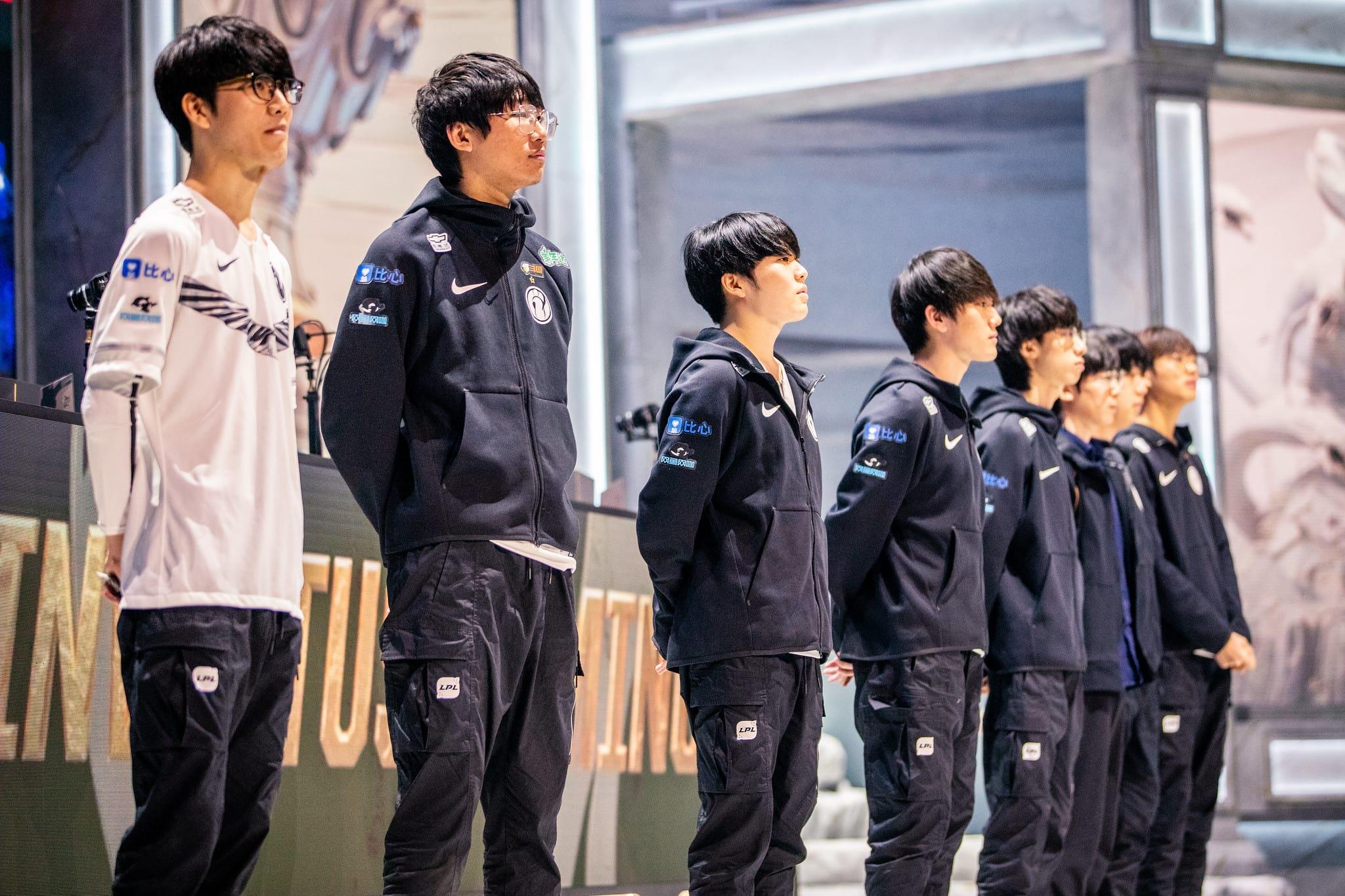 That’s why it appears as if Yu “JackeyLove” Wenbo and Wang “Baolan” Liuyi get caught too often. Ning spends more time on the top side of the map, and it seems as if he either never tracks the opposing jungler or his bot lane doesn’t care and simply wants to play high-risk, high-reward.

That’s where Rookie comes in. While Doinb rarely can crash his wave to the opposing tower and get a roaming advantage on his own, Rookie does so reliably. Chovy no doubt picked tanks looking to neutralize Rookie’s impact on the map in the early game, but the strategy didn’t pan out completely.

If Rookie can get out of lane and roam with Ning, that either increases the chance that they get a larger advantage on TheShy’s side of the map while JackeyLove and Baolan struggle, or Rookie can move to counter-gank bottom while Ning sits top and zones the enemy off his turret. This play in and of itself should get countered by any mid laner who can match Rookie, as iG are splitting their resources, but usually iG can get their play off before their opponent can answer.

That is what makes iG seems so incredibly volatile and difficult to predict despite a track record of wins. A lot of how they function relies on fast play, outplays, and just having more gold and items by virtue of winning matchups. It also makes it easier to make it look like Ning is a bad jungler.

As a result, when Ning rode the bench, iG had to strongly adjust their playstyle to work Leyan into the team. iG’s performance in the Group Stage showed his gap in experience compared to Ning when he played to the incorrect side of the map vs Damwon and got completely zoned out of skirmishes. A lot of Ning’s value became more apparent.

While most will point the finger at Choi “Sword” Sungwon, Griffin as a team didn’t play to defend his lane against three-man dives, and the trades they got bottom side didn’t counteract iG’s top side advantages (which, frankly, should be easier to do since bottom lane usually has two kills for the taking). They also didn’t draft to out-scale in team fights or side lanes — with the exception of the game that they won — which was why holes in their midgame decision-making shone through more strongly. 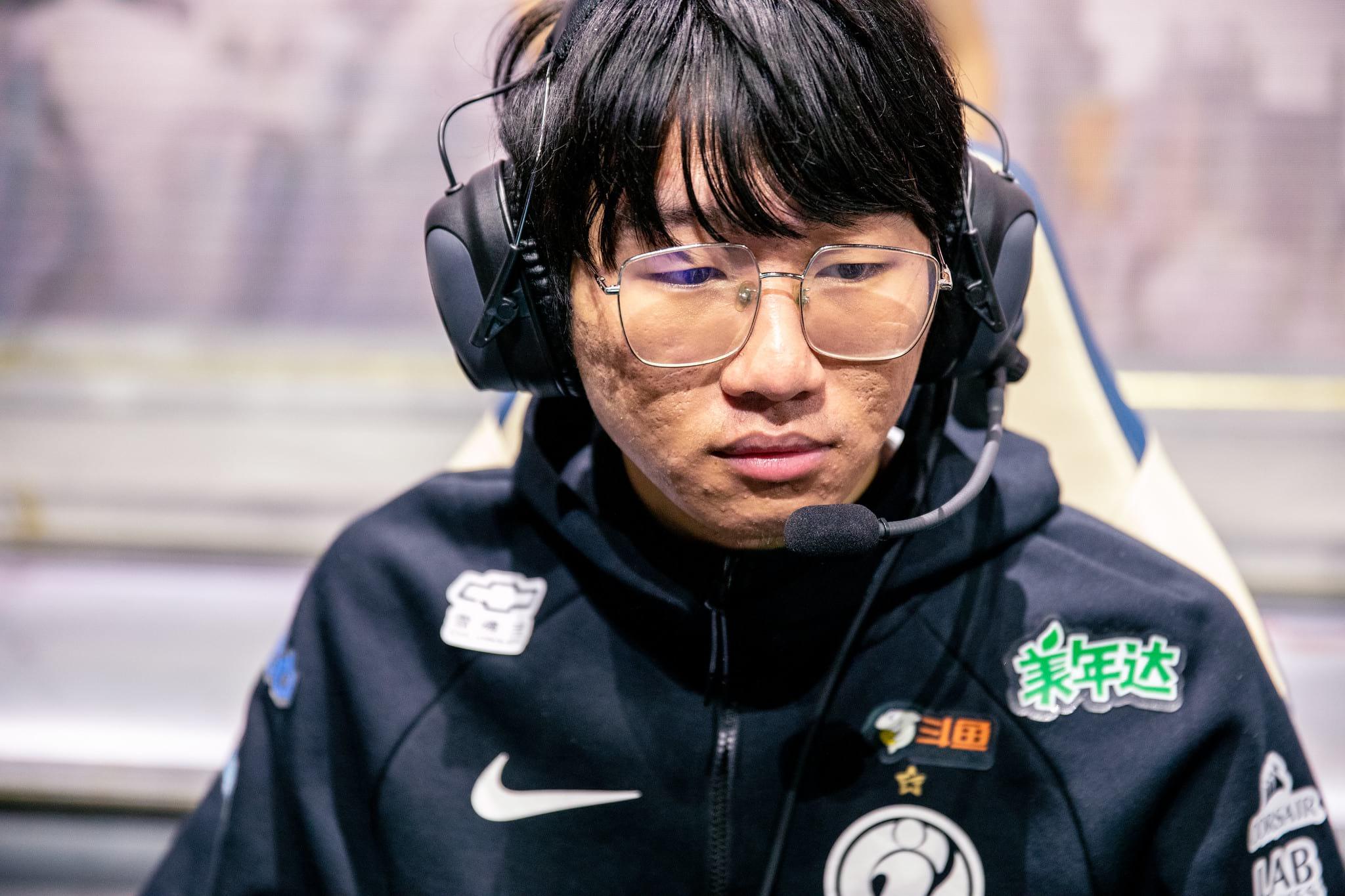 Of course, that doesn’t mean that Ning jungled exceptionally well. In fact, iG had absolutely no business winning Game Two because of the lead procured by Griffin’s bot-jungle combination. In addition, Ning desperately tried to throw iG’s comeback by going all-in at awkward times. It does mean that Ning’s impact on that game in denying Sword waves with leans and matching Tarzan even in cases where a skirmish doesn’t work out becomes more impressive with a second watch of the series.

Tian will definitely look like the better jungler in the FPX vs iG semifinal on Saturday. But it’s worth noting that both iG and FPX place restrictions on their junglers in how they play the game. For Ning, the match will be an arms race to accelerate top, and for Tian, he’ll have to find a way to be creative when Doinb will undoubtedly require more support than he did against Fnatic.

iG’s laners far outpace FPX’s in terms of individual skill (yes, even JackeyLove), but FPX’s jungle-support duo are the best at the World Championship. As much as high elo solo queue players love to claim that the better jungler wins, that isn’t always the case. In fact, given that iG have already demonstrated how to counteract FPX’s set plays on mid with a less skilled jungle-support duo, they should be considered favorites to win the series.

But if Tian can find a way to match Ning’s movements regardless of the restriction placed on him by his mid laner, he will undoubtedly be the MVP of the series. It’s 2019, but there’s time yet to set the stage for at least one more Young Miracle.