G2 Esports and Team SoloMid have secured their eighth and seventh domestic titles respectively, with both veteran orgs winning the LEC and LCS 2020 Summer Splits.

While G2 Esports and Cloud9 were crowned as the kings of the region in Spring, the landscape is now vastly different across both regions at the end of Summer.

Teams who were underperforming in Spring have shot up to try and mount a charge to qualify for the end-of-year event, while some squads have failed to live up to the hype. The motivation was extra high in Europe, with an extra fourth spot on the line after G2’s performance last year.

If you missed out on the action across both sides of the Atlantic, we’ve got everything you need to know, including if your favorite team make it to Worlds. 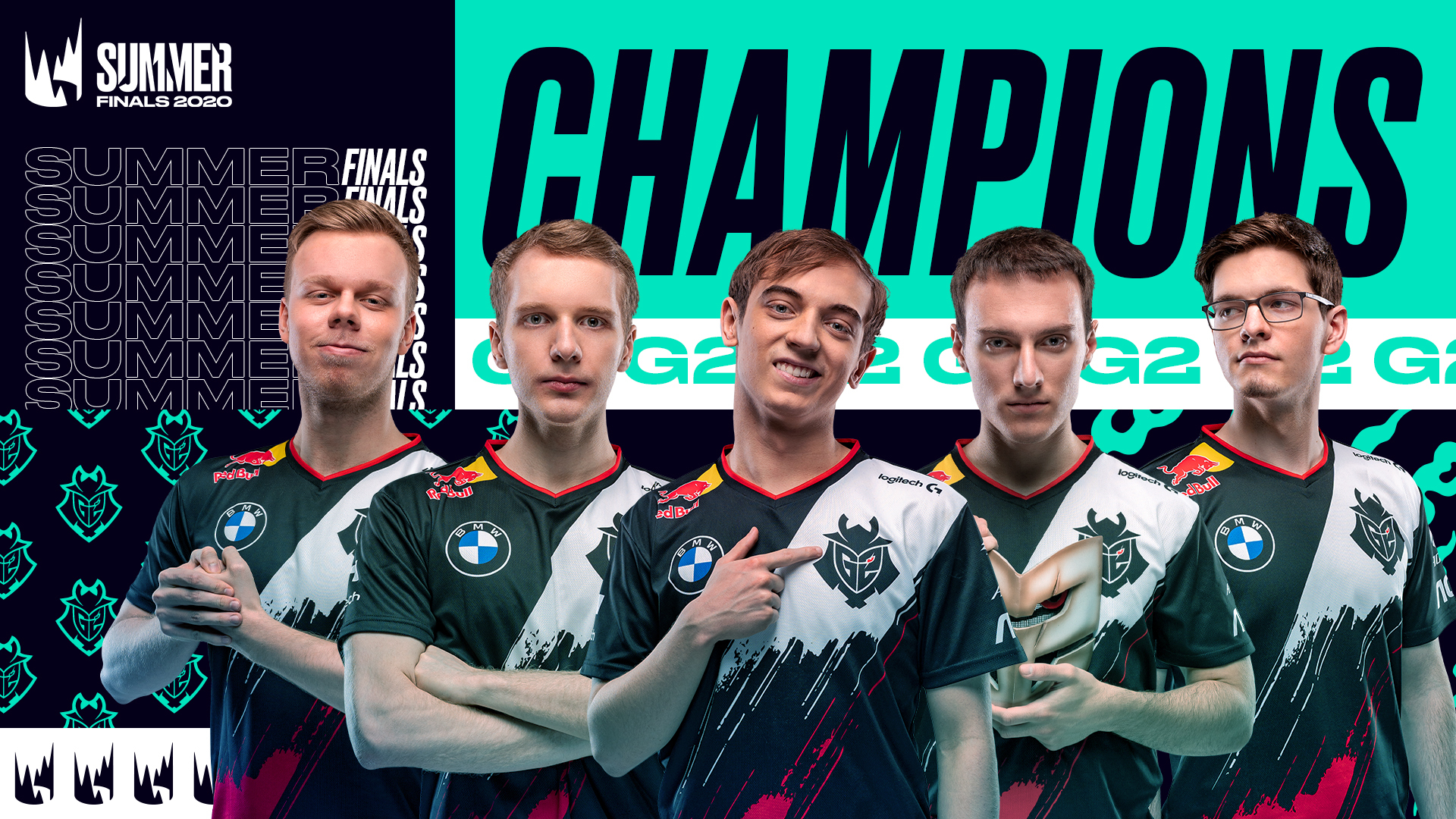 G2 Esports are champions of the LEC Summer Split

Many pundits were tipping Fnatic to be the favourites for the clash after they edged G2 in a thrilling 3–2 matchup last weekend. The defending champs, led by Summer’s newly-crowned most valuable player, Caps, had other plans.

G2’s three-game triumph began, funnily enough, with a little bit of Team SoloMid flavour. The European champions picked jungle Shen for Jankos ⁠— channeling the NA roster’s shock pick from Saturday evening ⁠— and it proved to be key; Fnatic weren’t able to pick up a meaningful fight win in the opening bout, and G2 pocketed the first map victory.

The second map proved to be the most crucial in the three-game series. Fnatic looked to hit back with a dominant match of their own, and they seemed on their way to tying up the clash off the back of Selfmade’s Hecarim, and Bwipo’s top lane Zilean pick.

Fnatic’s bid to claim game two hit a snag despite their 4.2k gold lead though. G2 were able to edge their rivals with Baron Nashor still available, and the defending champs collected the huge neutral buff, the gold lead, and eventually the game.

The loss put a major dent in Fnatic’s title hopes. After leading for much of the second map, the favourites seemed lost in the third, and G2 were able to capitalise on match point with a bloody 28–16 win in another 37-minute slug-fest.

The win, which can only be attributed to Caps’ silky-smooth play in the mid lane throughout all three games, now locks G2 Esports as Europe’s first-seed for Worlds. Fnatic will represent the LEC as the region’s second seed in October.

TSM climbed through the lower bracket to win LCS 2020 Summer.

It’s been a long time between drinks for Team SoloMid. The last time they won an LCS title was in 2017 ⁠— before Doublelift and Biofrost headed off for Team Liquid and CLG respectively. The family reunion has gone to plan in 2020 though, as TSM has secured their 7th LCS title against FlyQuest.

It wasn’t all smooth sailing. TSM had to run through the loser’s bracket of playoffs after losing to Golden Guardians 3-0 in the first round. However, after taking down Dignitas, getting revenge on GG, and sneaking past Cloud9 and Liquid, they were ready to take down FlyQuest.

TSM’s game plan was simple ⁠— target Solo in the top lane, and carry through that half of the map. They executed it perfectly in Games 1 and 2, helped out by Bjergsen’s Zilean in the first outing and Broken Blade’s Jax in the second.

However, FlyQuest fought back from the ropes. In Game 3, a few misplays from Doublelift allowed FQ a way back into the game, and they didn’t let it slip. Game 4 featured more WildTurtle heroics on the Caitlyn, and while Spica delayed the full FlyQuest snowball thanks to two dragon steals, a Game 5 was forced.

TSM once again put all the eggs in the Broken Blade basket, but this time on Camille, he was able to make it work. FlyQuest looked out of gas, as they fell flat at the final hurdle to once again settle for second-best, like they did in Spring. Baylife is back though, and TSM fans now have something to look forward to at Worlds.

With this win, TSM have also secured themselves NA’s top seed heading to Shanghai, with FlyQuest getting the consolation prize of second seed. Team Liquid will have to play through play-ins as the region’s third seed.