The newest League of Legends champion, Yuumi, was released on May 14, but players haven’t found much success with her yet.

Yuumi the Magical Cat is the latest addition to the League of Legends champion roster, a literal cat floating around on a magic book who is designed to be a played as a support.

The addition of a new champion is always an exciting time for League of Legends players, and many will undoubtedly rush to try out Yuumi.

Unfortunately, those that do lock in Yuumi might not be too pleased with the result. According to LoLalytics, Yuumi’s win rate over the first day of her release in ranked games of platinum or above was a mere 29.71%, the lowest ever for a new or significantly reworked champion.

Thankfully, Riot have already stated that they’re preparing to make adjustments to Yuumi in the next patch, although exactly how long it will be before an update presumably buffing her arrives isn’t confirmed.

In the meantime, some League of Legends players are suggesting banning Yuumi simply to ensure nobody else on your team can pick her and drastically reduce the team’s chance of success in doing so. 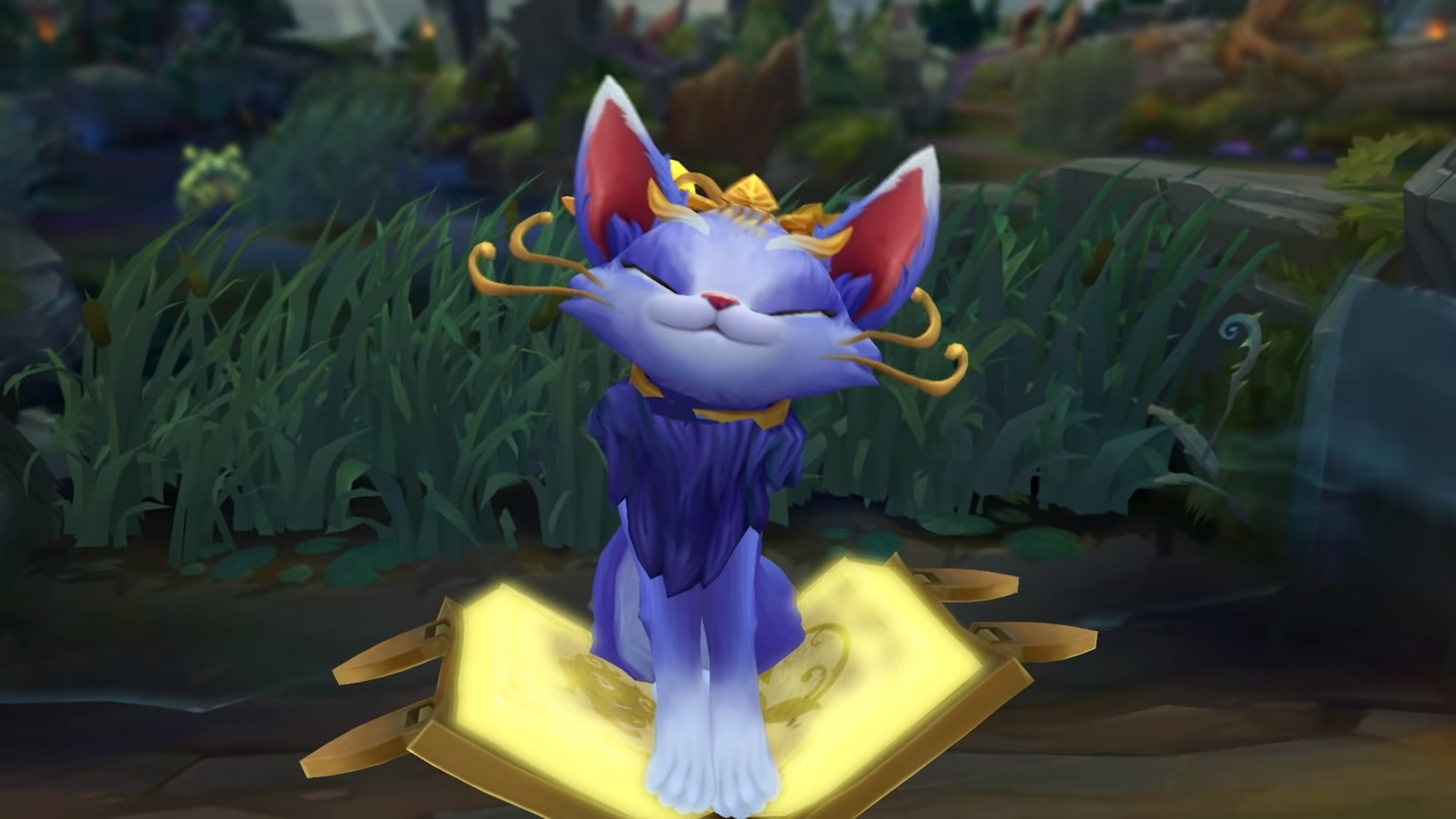 Yuumi is the latest new champion in League of Legends.

What can Yuumi do?

The most defining ability Yuumi has is the unique mechanic of becoming Attached to a friendly hero. While she’s Attached she becomes untargetable by everything except tower damage. Yuumi can jump between friendly champions without resetting the cooldown of the ability, although it does trigger a cooldown if she becomes unattached completely.

While Attached, Yuumi can’t attack enemies, but she can use her other abilities, which fire from the location of the champion she’s Attached to.

Yuumi’s Q ability, Prowling Projectile, fires a missile that deals magic damage. If the missile is in flight long enough, it slows the enemy and deals bonus damage. Her E ability, Zoomies, is a heal and also grants a burst of movement speed.