Marion Kaplan, who works at CR Flamengo, one of Brazil’s top sports clubs, responded to a promotional Tweet about the League of Legends team, considered one of the best teams in the world.

In now deleted Tweets (translated from Portuguese), Kaplan wrote: “Who would of thought, huh? Flamengo promoting a nerd from the worst kind, symbol of anti-sports, anti-physical activity, and NOTHING about women’s soccer! Not even a line…”

After being called a “moron” for her first Tweet, Kaplan doubled down, stating: “I will fix it: a nerd that spends hours in front of a screen, practicing something that isn’t an physical activity nor cultural, that isn’t outdoors, and doesn’t worth nothing. In other words “autistic nerd of the worst kind”. Is that better?” 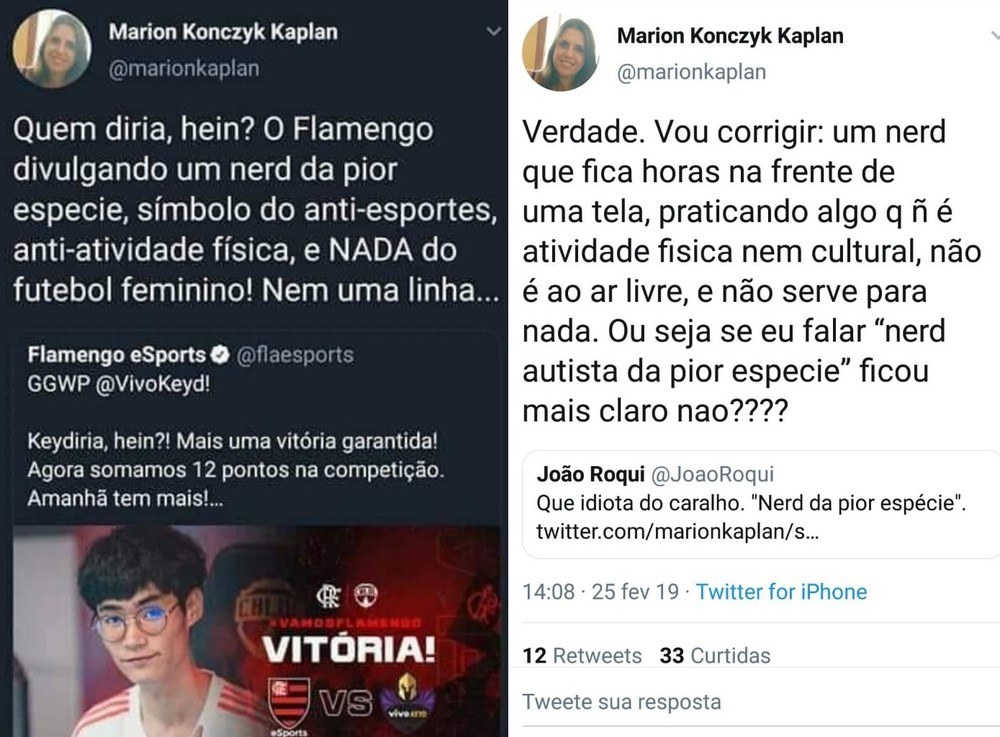 “Hi Marion All right? I have seen your remarks that I consider to be very aggressive and of closed mind, but instead of attacking you I would like to ask you to talk and open your mind a little to try to free yourself from this ignorance. I await your reply.” 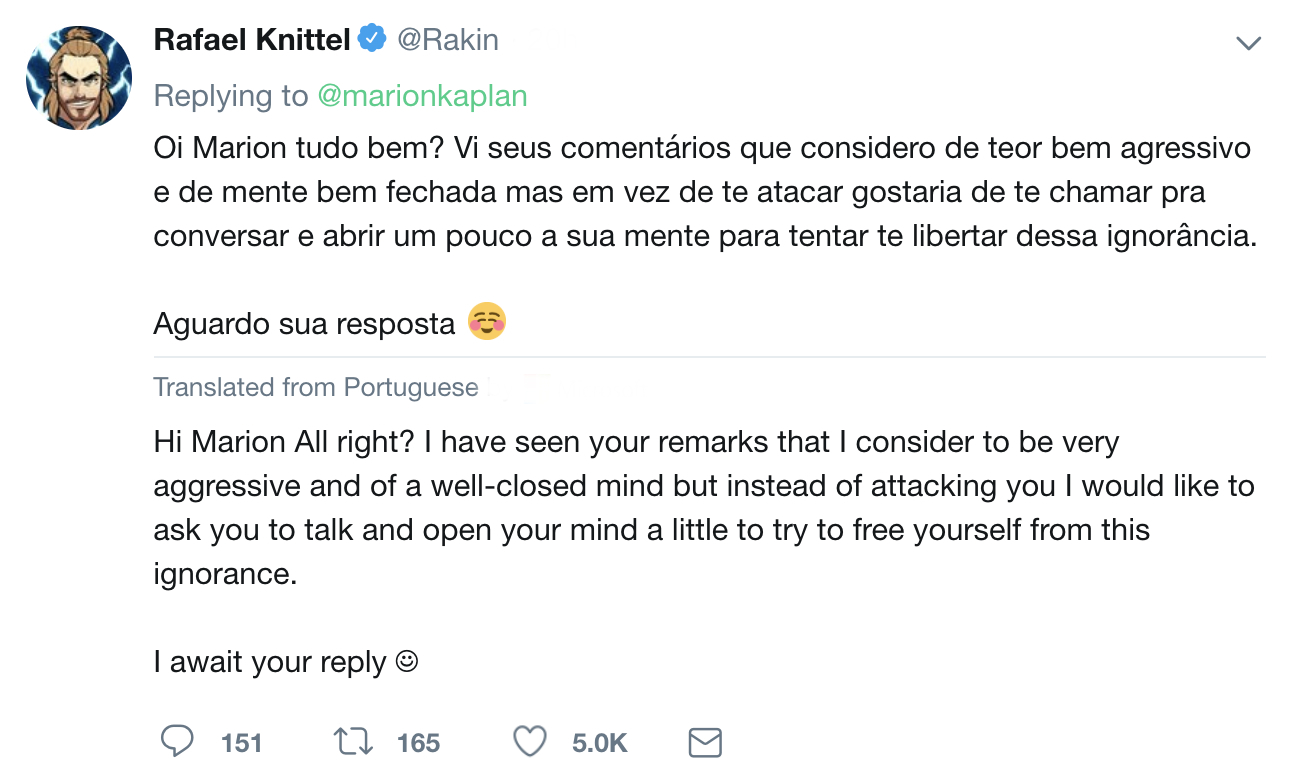 Kaplan responded to Rakin, but said “it’s too late” for her to change her mind.

“It’s too late. I’ll do everything to end LoL. My first goal was to report the neglect of almost every sport on CRF (Flamengo), while LoL is promoted. But since the violent attacks and mass threats (nothing close to what I said) I see how badly LoL needs to be extirpated.”

After deleting her Twitter account, Kaplan later made another account, on which she apologized to autistic people and their parents, for her use of the disorder as an insult.

“I need to apologize to the autistic and autistic parents who were super kind and polite to me, contrary to the nerds they were violent and rude.”

Thanks to u/gustavoviza for the translation.

CR Flamengo currently sit in first place in the top level of professional League of Legends in Brazil, CBLOL, with a 13-1 record. They were ranked as the eighth best team in the world on February 25 by GosuGamers.