For the first time in League of Legends history, Lee ‘Faker’ Sang-hyeok and SK Telecom T1 have failed to reach the grand final in a World Championship campaign, and the Unkillable Demon King has hinted the team’s struggles may lead to offseason change.

After winning Riot Games’ massive international competition in 2013, 2015, and 2016, and falling to Samsung Galaxy in the grand final in 2017, many assumed Faker would once again march into the Worlds decider upon his return this year.

Unfortunately for SKT fans, however, European champions G2 Esports have proven more than up to the task of delivering the LCK representatives just their second best-of-five series defeat of the calendar year, after downing them 3-2 at the Mid-Season Invitational in May. 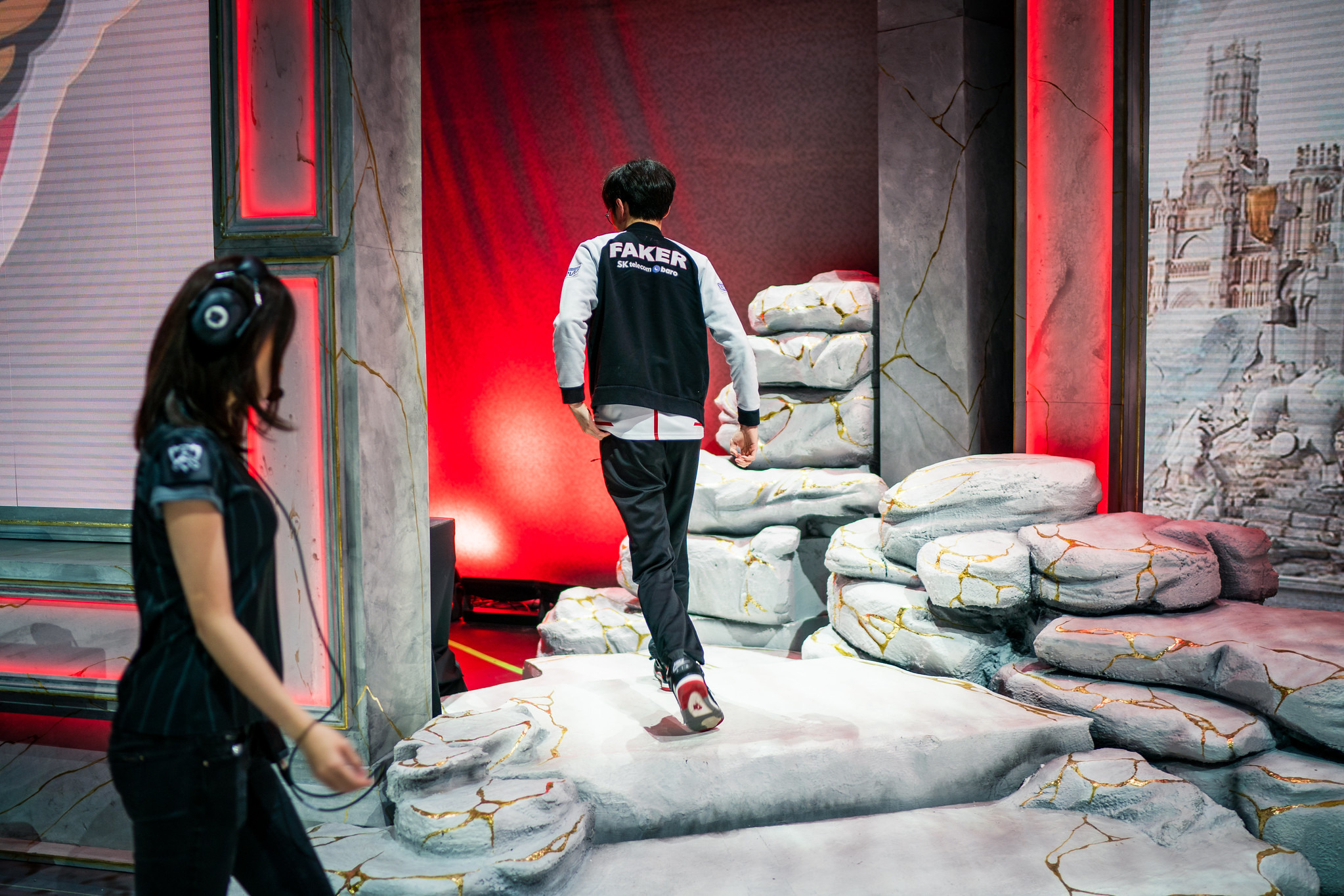 Faker recorded his worst ever Worlds finish with the 3-1 loss against G2 Esports.

Faker was relatively reflective following his team’s 3-1 defeat at the Palacio Vistalegre on the weekend, admitting that his team’s defeats mainly fell on his shoulders through his belief that he had failed to lead SKT “in a better way.”

“There were moments I could have played better, but the fact that I couldn’t capitalize on those moments is what I regret the most,” the Korean star said, as translated by Inven, before adding that his feelings on G2 had only grown after the second loss.

“Since we lost to G2 a lot I really want to take them down next time,” he said. “They’ve now become a team that I definitely want to beat. Next time, I will make sure to beat them.” 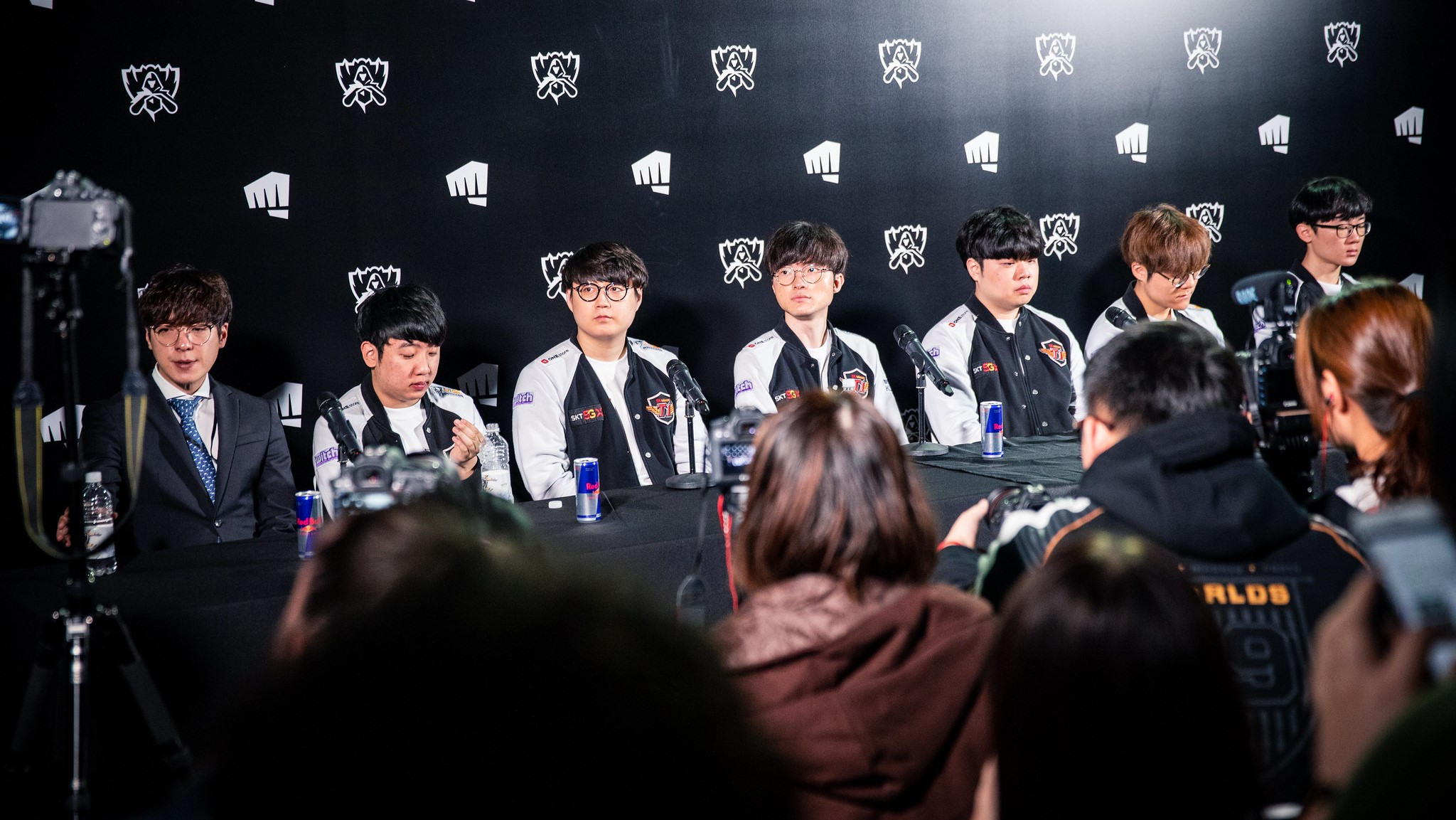 Many of the SKT players looked shell-shocked in their post-match press conference.

For now, however, the three-time world champion will have to take a seat on the sidelines as G2 enter the Worlds grand final against FunPlus Phoenix, knowing that with a few different plays, and a bit of luck, it could have been him once again on the game’s biggest stage.

While many believe SKT’s current roster is one of the strongest they’ve ever boasted on paper, Faker refused to confirm whether or not they would be sticking with the same team come their return to domestic competitions in 2020.

Instead, he suggested that SKT would need to bring a new look to the international stage if they wanted to recover their former glory, and compete with the European and Chinese giants that had climbed to the top in his 2018 absence.

It was truly not the best we could show to the World.
Thank you fans who’ve truly supported us for the entire year. It was truly an amazing journey we shared as a team.
But we never let others judge our finish line. We’ll come back next year as a stronger team. Adios #Worlds2019 pic.twitter.com/JEvZLzxbjy

While the team may not necessarily dip into the transfer market ahead of the LCK next year, Faker admitted to media that something had to change again for the Korean titans if they — and most importantly he — wanted to lift the Summoner’s Cup again.

“Change is important,” he said. “This year our results are not satisfying, so we want to just get better, or step up based on what we have experienced, and what we failed at this year.” 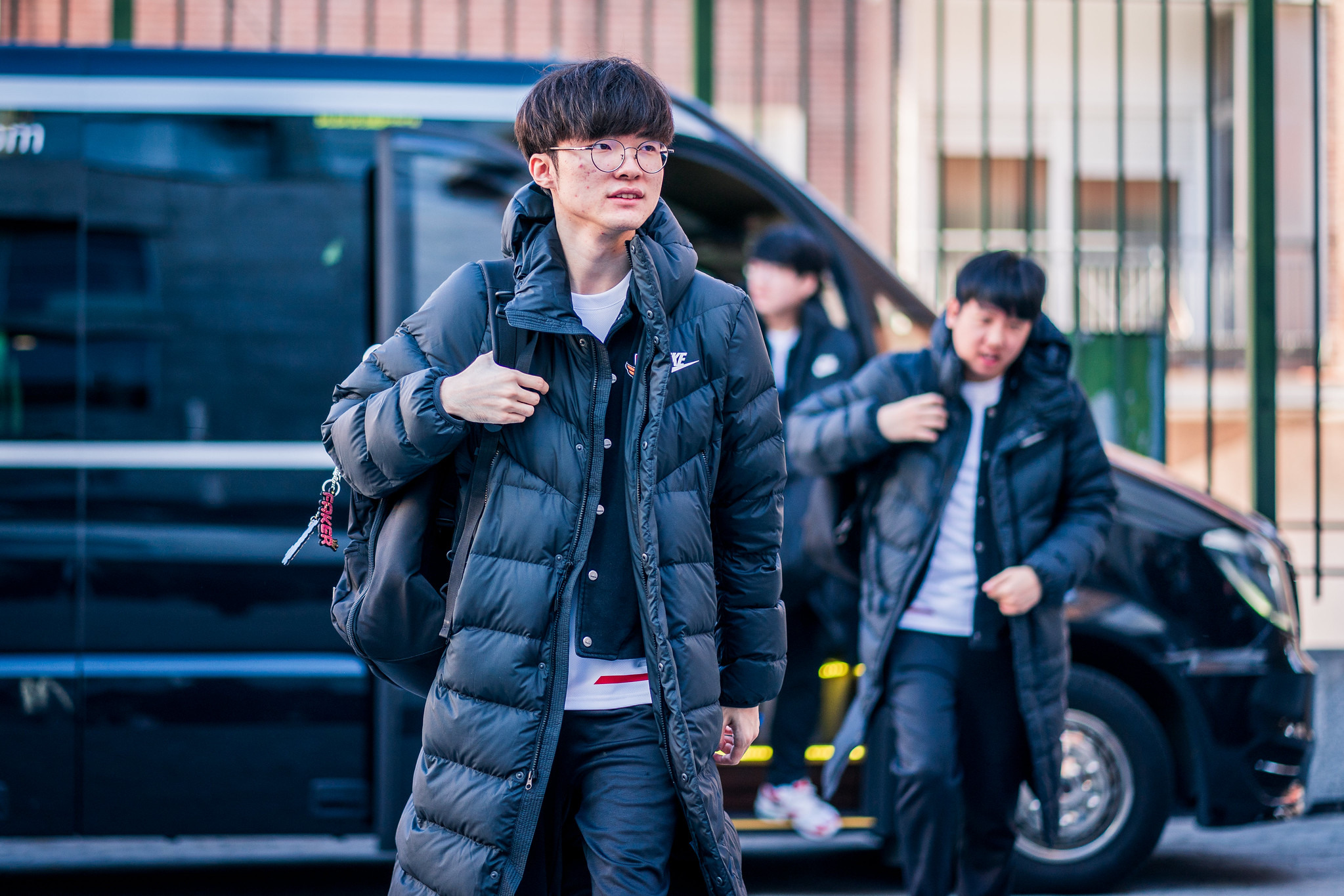 Faker has suggested change may be on the horizon for SKT after their Worlds exit.

Faker wasn’t the only one questioning where SKT now goes from here after falling to G2 in one of the most tightly-contested League of Legends series in years, with the organization’s famous coach Kim ‘kkOma’ Jeong-gyun especially down following the loss.

The storied backroom leader didn’t agree with Faker’s assessment of the situation, or the need for change, but instead turned the focus on himself, and suggested that he had “failed” the team, especially considering he thinks SKT is far stronger than G2.

“I know that our players are individually much better than G2, so it feels really bad to lose,” he said. “I feel like the biggest reason why we lost is me, so I want to tell them that they’ve done great work, and that I’m really sorry.” 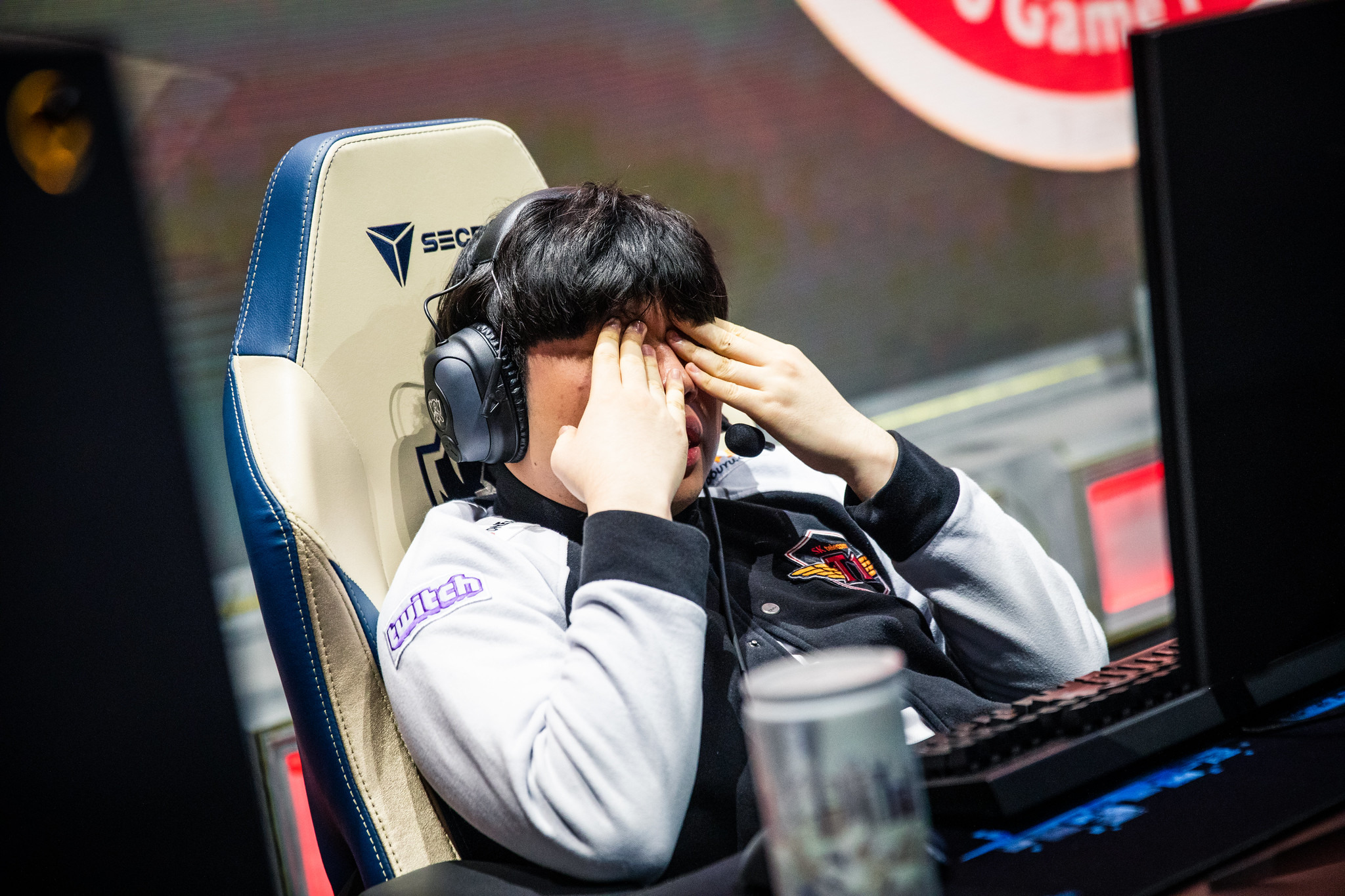 SKT’s jungler Clid let his emotions out on-stage after the 3-1 loss.

With Faker, Kim ‘Clid’ Tae-min, Lee ‘Effort’ Sang-ho, and Kim ‘Khan’ Dong-ha all off-contract on November 18, fans could see confirmation either way in the coming weeks. Bot lane star Park ‘Teddy’ Jin-seong is the only starting member signed until the end of 2020.

Meanwhile, G2 and FPX still have a world title to resolve, as they clash at the AccorHotels Arena in Paris in front of an expected 20,000 fans on Sunday afternoon.

The grand final coverage is set to begin from 1pm CET, with new Riot music group True Damage and other musical acts expected to make up the 2019 Opening Ceremony.