League of Legends play to turn the game around.

LoL veteran Rush has had a tough year since his much-anticipated return to the LCS was cut short after being released by Echo Fox following their underwhelming results in the 2019 Spring Split Playoffs.

Many began to question the Jungler’s individual skill level after a couple of rough season matches had painted him in a negative light, but the fan favorite pro player highlighted just how good he can be after pulling off an incredible play while queuing with Doublelift. 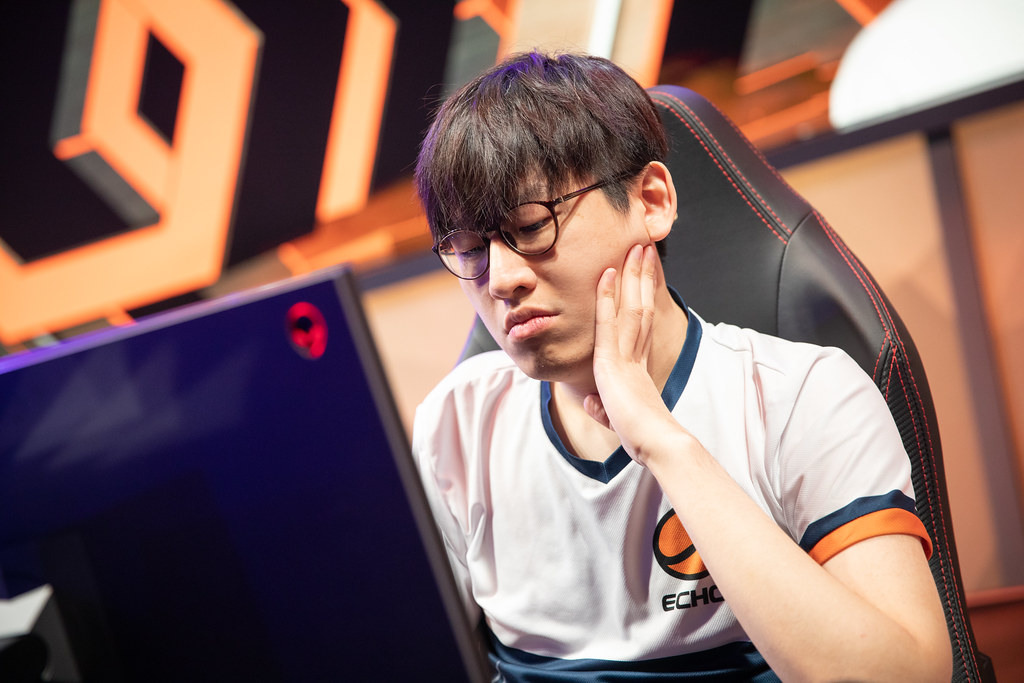 Rush has had a tough year after being released from Echo Fox in the off-season.
[ad name=”article2″]

The pair were playing a game of high-elo ranked duos when Rush demonstrated perfect in-game mechanics and timing to steal the crucial Baron Buff edging the game back in his team’s favor, while surprising Team Liquid’s ADC in the process.

After seeing that the enemy team had targeted the Baron, Rush began to get himself in position claiming that his ability to outplay his enemies with his “Smite” was not given enough credit, “I’m a Smite king, my Smite ability is actually underrated.”

Despite agreeing with Rush, Doublelift had his doubts that the Jungler would be able to pull off the steal, adding, “Okay, I believe you. You’re going to get one-shot by the way.”

It did not stop Rush, however, as he took the chance crossing the wall and managed to deal the last bit of damage to the Baron, giving his team a huge advantage.

Doublelift was shocked at the play, loudly exclaiming, “Oh my God, Rush!” after watching his duo’s incredible outplay.

Despite dying in the process, Rush quickly began boasting his successful prediction to Doublelift, echoing his earlier statement, “See? My Smiting ability is actually underrated.”

The pair went on to win the game quite convincingly, with Doublelift jokingly asking Rush for tips on how to improve throughout the game after watching his performance.

Many fans are eager to see Rush return to competitive League of Legends, especially after seeing some of his recent highlight clips, such as this.