League of Legends: Doublelift slams Locodoco – “he doesn’t have the skills to back up the ego”

The North American ADC has never been shy of letting people know his opinions of them and is known through the region for his high level of skill and trash talk.

During Doublelift’s stream, when a viewer had asked him what his opinions were of his former CLG support player and content creator, Locodoco, he did not hold back at all. 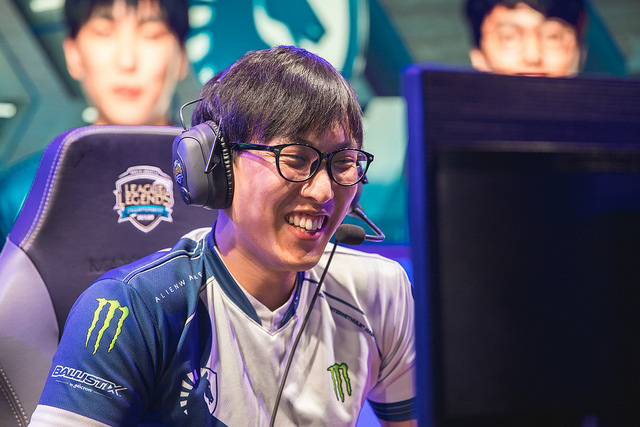 Doublelift and Locodoco were teammates on CLG.

Doublelift started off by explaining that although he didn’t like Locodoco, it wasn’t for any of the “personal reasons” that people might have expected such as their personalities clashing or that “he’s a competitor to Travis, my best friend”, speaking about Travis Gafford who is also an interviewer and content creator in the League of Legends community.

However, as most of the community would expect from Doublelift, he also had some choice words for Loco saying that “I don’t think he’s very smart, he comes off as like he thinks he’s really intelligent but he doesn’t have the skills to back up the ego”

Referring to Locodoco, he stated that “He’s been fired from every job he tried to hold on to desperately, including being my support on CLG” before Doublelift finished his thoughts by saying that “something is very wrong…if you’re constantly fired no matter where you go.”

Locodoco, who currently creates analytic content such as VoD reviews and player interviews at the LCS arena has not directly responded to this clip as of now, although many fans would love to see the pair go back and forth.