Bae ‘Bang’ Jun-sik, formerly a member of the South Korean SK Telecom T1 team, has joined 100 Thieves on a two-year deal and will be the team’s primary Attack Damage Carry (ADC) player for the upcoming NA LCS season.

Bang will be replacing 100 Thieves’ former ADC player Cody Sun, who will be leaving after just a single season with the organization.

The two roster moves were announced within minutes of each other on November 22 via posts on the official 100T Twitter page. 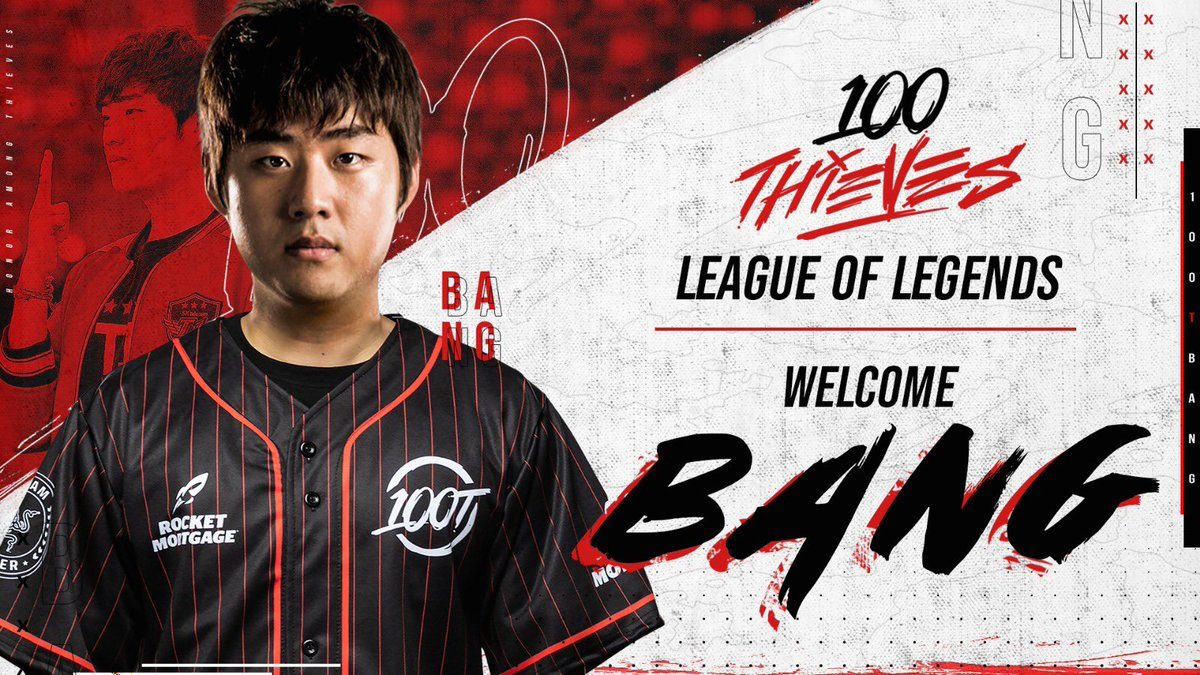 Considered to be one of the greatest legends in LoL, Bang brings with him a fresh injection of veteran leadership, skill, and championship pedigree to a 100 Thieves team that already had managed to qualify for the World Championships in just their first season in the NA LCS.

He spent the last four years with SK Telecom T1, winning back-to-back Worlds in 2015 and 2016, while just missing a three-peat with a second place finish in 2017.

After the announcement, the former SKT star posted a long message on Twitter addressing the 100 Thieves fans and pledging his dedication and effort in representing his new team.

“Having the chance to talk with 100 Thieves and its teammates several times, I saw the team’s fire in winning and their eagerness to succeed, which I thought would be a great fit for me and led to a great honor of joining 100 Thieves in the end.”

This roster move comes as part of a major shuffle for 100 Thieves, who also made another major acquisition earlier on November 22, signing former CounterLogic Gaming star Choi ‘Huhi’ Jae-hyun.

In addition to the departure of Cody Sun, last season’s Mid player Yoo ‘Ryu’ Sang-wook is also off the player roster, instead transitioning to the coaching staff as their new Assistant Coach for the 2019 season.