A newly revealed Legendary for the upcoming Descent of Dragons Hearthstone expansion looks to be a staple for any Dragon-based deck moving forward.

Set to release on December 10, Descent of Dragons is the latest Hearthstone expansion, intending to disrupt the meta with a massive influx of new cards.

Boasting over 135 minions, spells, and hero cards to collect, the set will round out the Year of the Dragon with a focus on decks built around the Dragon-archetype. Unsurprisingly, a devastating new Legendary has been revealed and all signs indicate that it could be a staple in every Dragon deck moving forward. 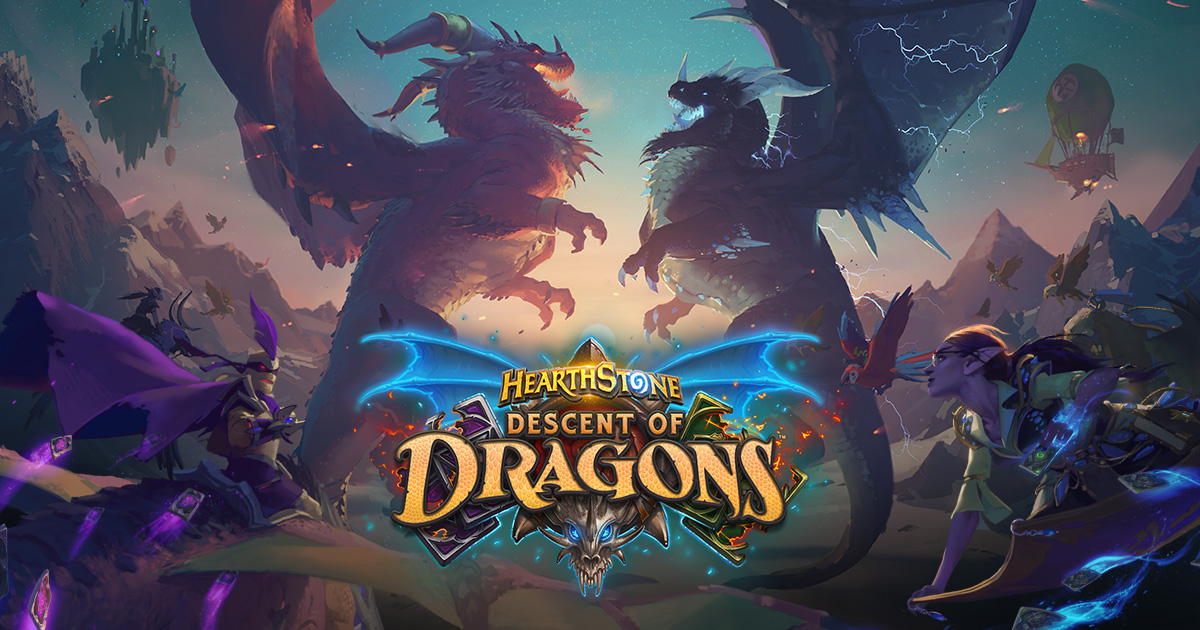 Descent of Dragons is the third and final Hearthstone expansion of 2019.

“So join me now defenders of life, respect the darkness but stand for the light,” she said while slowly bringing the devastating nine-mana minion into frame.

The brand-new Legendary is none other than Dragonqueen Alexstrasza and the card comes boasting a powerful late-game Battlecry. “If your deck has no duplicates, add 2 random Dragons to your hand. They cost 0” the card reads.

As demonstrated at the tail end of the reveal video, upon dropping the Legendary onto the board, two new Dragons will be added to your hand and become immediately playable.

Amusingly enough, the in-game teaser showcased just how absurdly powerful the effect can be if RNG is on your side. With a free Azure Explore now in hand, another Dragonqueen Alexstrasza was hilariously discovered allowing the cycle to begin again with the next turn.

With what is undeniably a remarkably efficient use of Mana in the late-game for a Dragon-based deck, the Legendary itself boasts impressive stats as an 8/8 minion. Meaning that if RNG delivers relatively weak freebies, you’re still going to have a powerful creature on the board no matter what. 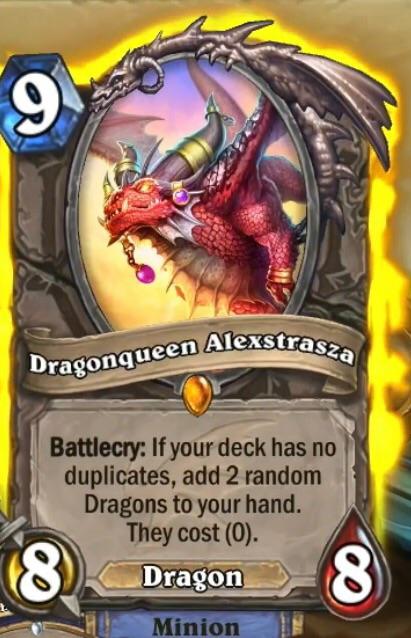 The powerful Dragon is a neutral Legendary, meaning that any class can build a deck around it.

When combined with all manner of new synergizing cards coming in the new expansion, there’s a great opportunity for this new Legendary to be a staple inclusion in any Dragon-based build.

From the new Deathwing, Mad Aspect Warrior Legendary to the four-mana 8/8 Paladin Legendary, there’s a plethora of exciting new Dragons to look forward to when the expansion releases on December 10. Here’s a rundown of every card revealed thus far to keep you on the ball ahead of the new content drop.