Every Hearthstone Saviors of Uldum expansion card revealed so far

Blizzard have officially revealed the next expansion coming to their popular digital card game Hearthstone, titled Saviors of Uldum.

Blizzard regularly release brand new expansion packs for the game, giving players an opportunity to get their hands on some sweet new cards that can improve their decks and give them an advantage over their opponents in the midst of battle.

Now, Hearthstone fans will be able to get their hands on a brand new set of cards, with the entire deck set to be released to players on Tuesday, August 6. 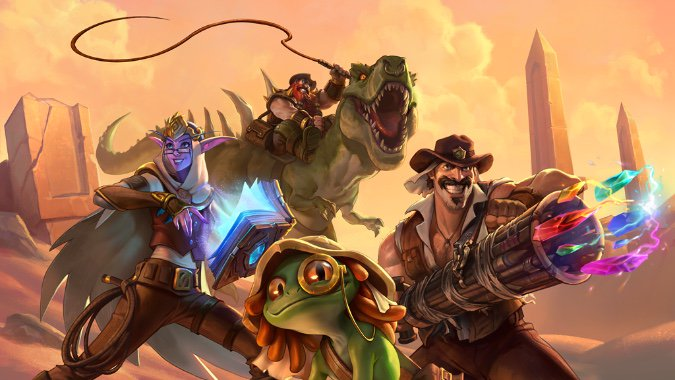 The Saviors of Uldum expansion launches on August 6.
[ad name=”article2″]

The pack is set to feature 80 cards in total, and follows the League of Explorers as they try to stop the villain Rafaam from unleashing Uldum’s ancient secrets on the world. According to Blizzard, the set will feature “powerful artifacts and deathless mummies,” and will also introduce some new gameplay mechanics such as the Reborn keyword and Plague spells.

The developers have released a brand-new cinematic trailer to hype the release of the Savior of Uldum set, adding to the lore of the game and showing players what they are battling against in this epic expansion.

As always, Blizzard have refrained from revealing the entire Savior of Uldum set, instead revealing a few cards every day until August 6 to whet the appetite of Hearthstone fans.

If you can’t wait to see which cards you will be able to get your hands on come release day, we’ve gathered them all together to give you an easy look at what you can expect, and we’ll continue to add more as they become available.

Every card in the Hearthstone Saviors of Uldum expansion