A competitive Halo player is to seek professional help after allegedly “orchestrating” a fake suicide by using social media accounts, as the community raised money in a GoFundMe.

Halo player Chris ‘Ozarts’, who represented EasternMediaGG as a player and streamer, posted a lengthy Twitlonger on January 27, signing it off with “This will be my final message on this earth.” 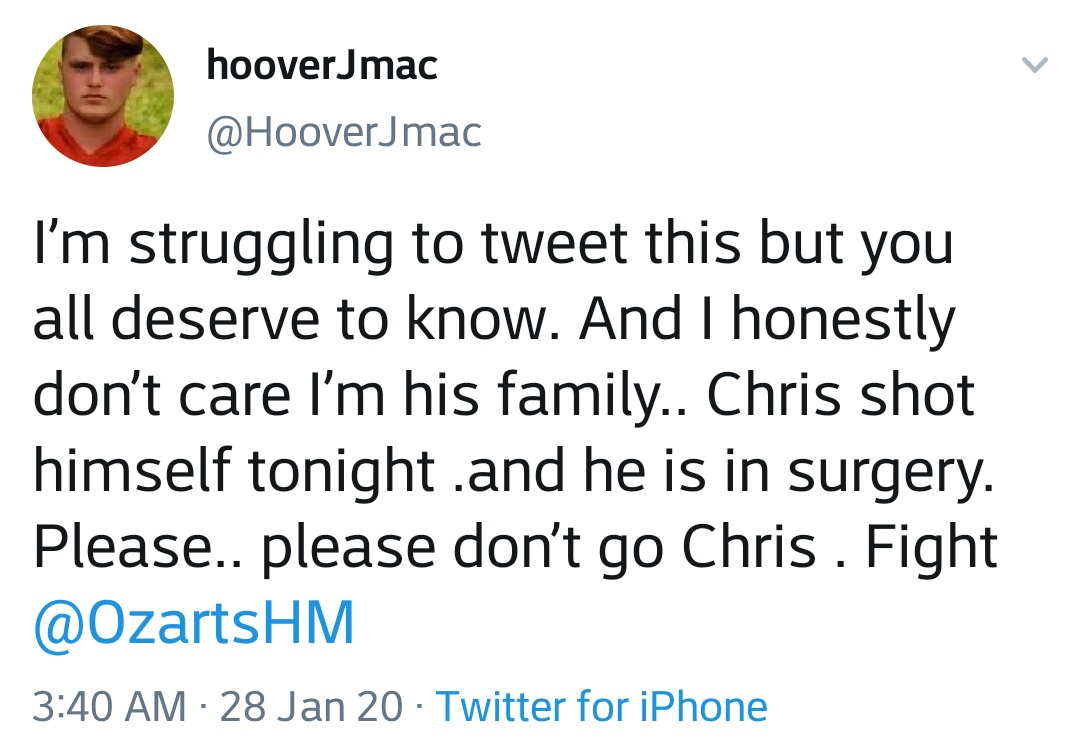 However, confusion began as another account with the same profile image, but with the name Sam Miller, claiming that they were Ozarts’ cousin, accused the HooverJMac account of lying for “clout”.

As it became clear that not everything was as it seemed, some began to accuse Ozarts of creating the HooverJMac account himself. A GoFundMe had also been set up to help, which one Twitter user claimed was being used to “swindle an entire community for thousands of dollars.”

Yeah, yeah dude we get that.

What I am saying is your cousin used his Alt account to use your picture and name to swindle an entire community.

Like for thousands of dollars. He faked a suicide to get attention. That shit is illegal I think.

As the situation became more volatile, Zimm, Owner and CEO of EasternMedia, the organization that Ozarts represented, made a series of posts over the course of January 28, in an attempt to clarify the brewing social media storm.

Initially, after reaching out to Chris and ensuring he was alive and well, Zimm said they did not know who owned the HooverJMac account, but that it was someone in Ozarts’ “area.” At this stage, the GoFundMe was deactivated and set to refund all contributions.

Only three hours later, a statement was released from the organization, confirming that it had been orchestrated by Ozarts himself. They also confirmed that the player would be seeking professional help.

“All these events were indeed orchestrated by Ozarts,” Zimm stated. “He made the account, he created the incidents. This is not a witchhunt, please don’t go after him. Chris needs help.”

Zimm explains that Ozarts “feels the need to create extra attention for himself, and it just went way overboard.”

Money donated to the GoFundMe, which accrued over $1,000, is already being refunded to those who contributed.

All refunds have been issued and campaign is deleted. I’m off of social media for the day. pic.twitter.com/alJAOrKNPZ

Ozarts is yet to speak publicly on the issue. Dexerto has reached out to EasternMediaGG, who have said that more questions will be answered when their CEO returns from an Army placement.