Grand Theft Auto fans think that they might have uncovered another hint about GTA 6 through the all-new GTA Online Open Wheel Series races – with one track potentially looking like a new map.

For weeks and months, Grand Theft Auto fans have been scouring GTA V and GTA Online in the hopes of uncovering something that will point them towards confirming details about the next game in the series.

We’ve seen in-game job adverts link to long-standing rumors about GTA 6’s storyline. Players have suggested that the Diamond Casino heist update gave them another hint, while others have ended up finding years old Red Dead Redemption 2 teases instead. However, some believe that new teases have been added right under our noses. 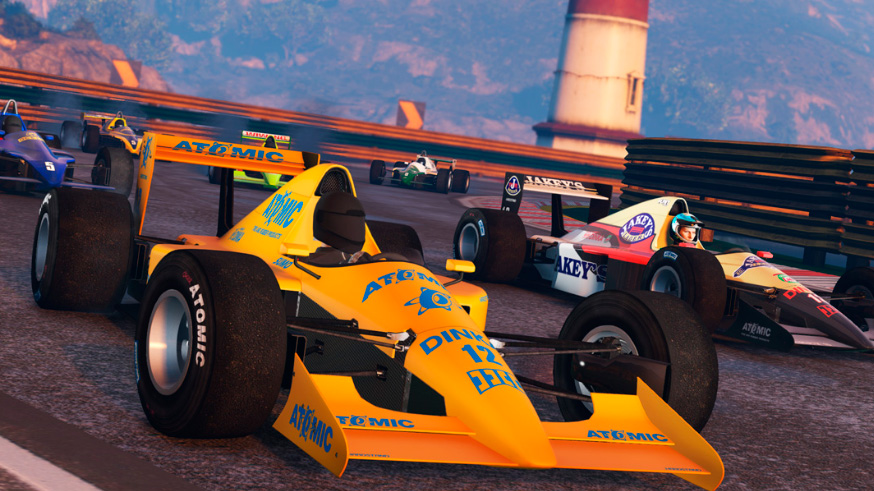 GTA fans think that the all-new F1 races hold the key for GTA 6.

One fan, tenet007, posted their theory to Imgur detailing how they believe that the GTA Onlne Open Wheel Series race track – The Height of Society – appears to show the new location for GTA 6.

In their post, the GTA fans showed how the bottom right side of the track, from above, appears to bear a resemblance to the shape of Florida. Though that’s not all. On the left-hand side of the map, tenet007 notes that a few of the corners interlink together to look like the shape of Mexico. 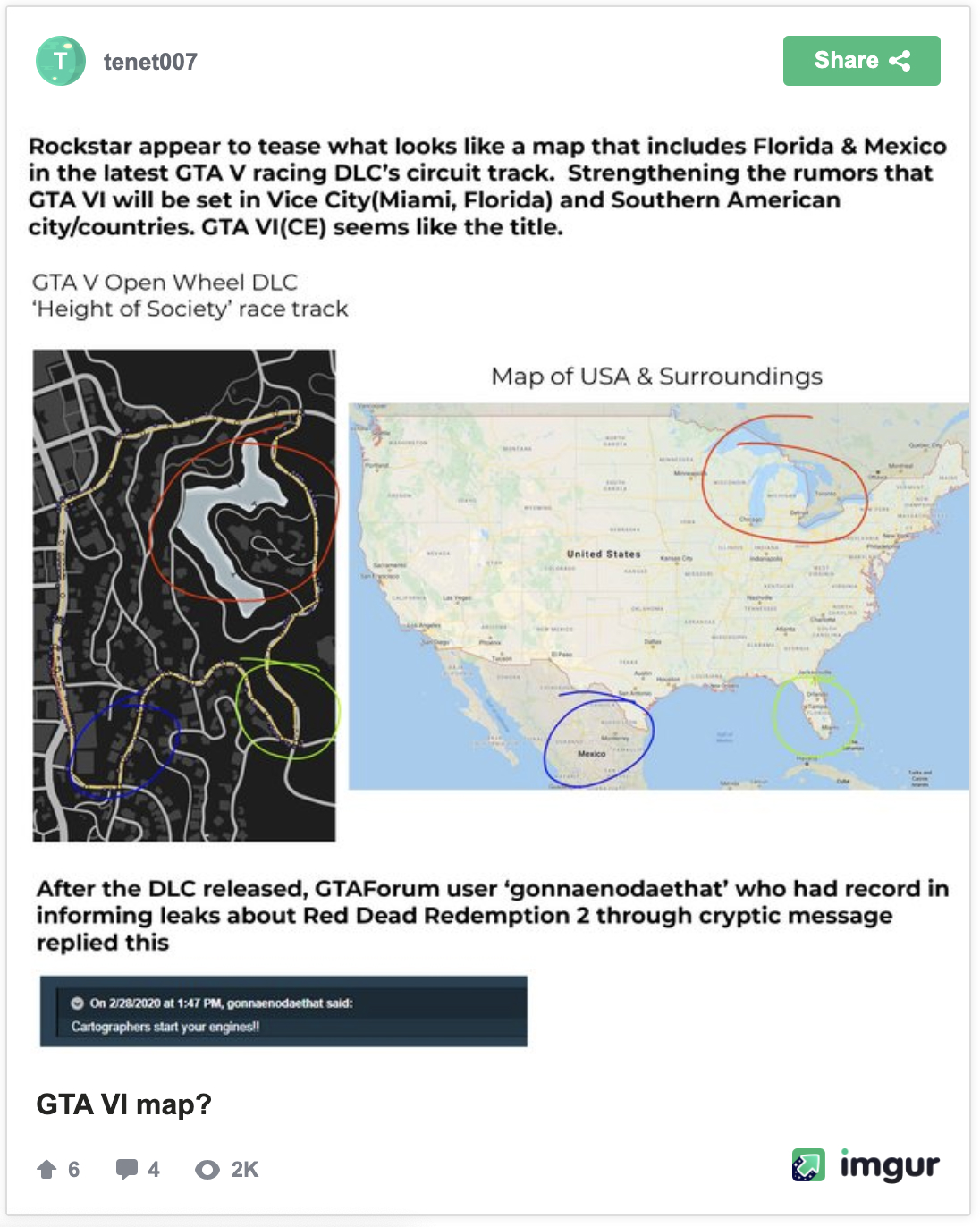 Now, while some fans may think that this is a bit of a stretch, tenet007 tried to add a bit more credence to their claims with a post from the supposed Rockstar insider who posts on GTAForums – gonnaenodaethat.

At the end of February, when the Open Wheel Series races were released, the supposed insider posted saying “cartographers start your engines!!” with some believing that the Scottish poster was nudging people towards checking out the shapes of the F1 race tracks.

Of course, it is difficult to say as to whether or not tenet007 has got their suspicion correct and that these race tracks hold the key to a GTA VI announcement.

Other apparent GTA leakers have claimed that a game reveal will come at the end of March so, we might not have all that long to wait anymore.