The Last of Us Part 2 release date leak: Special and Collector’s edition

A release date for The Last of Us Part II appears to have leaked online, after a German retailer, Softridge, stated the shipping date on their website.

The release date for The Last of Us Part 2 was announced during a September 24 State of Play Event as February 21, 2020 proving the previous leak incorrect by one week.

The release date for The Last of Us 2 is February 28, 2020, according to the German retailer’s site.

The game was set to be unveiled properly during PlayStation’s State of Play event on September 24, where it is expected the release date will be officially confirmed. 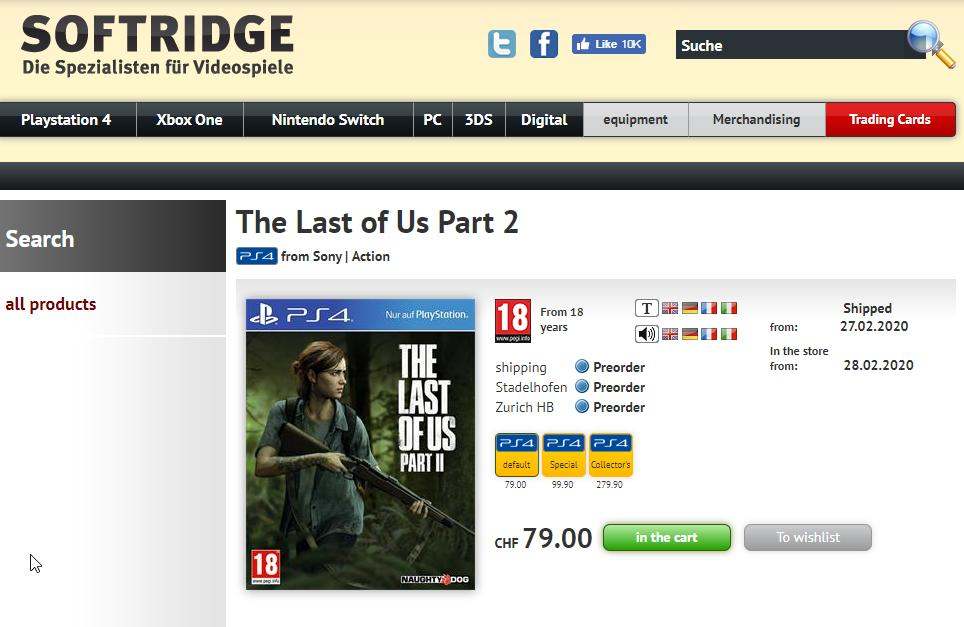 Some have suggested that the release date could simply be a placeholder used by the site, but a February launch has been rumored for months, and this date would line-up with an optimal release window on a Friday.

The Last of Us Part 2 collectors edition

Alongside the leaked release date was images of the collector’s edition, also shown on the Softridge website.

However, the bottom states that the “packshot is not final” meaning there could be different artwork for the final product. 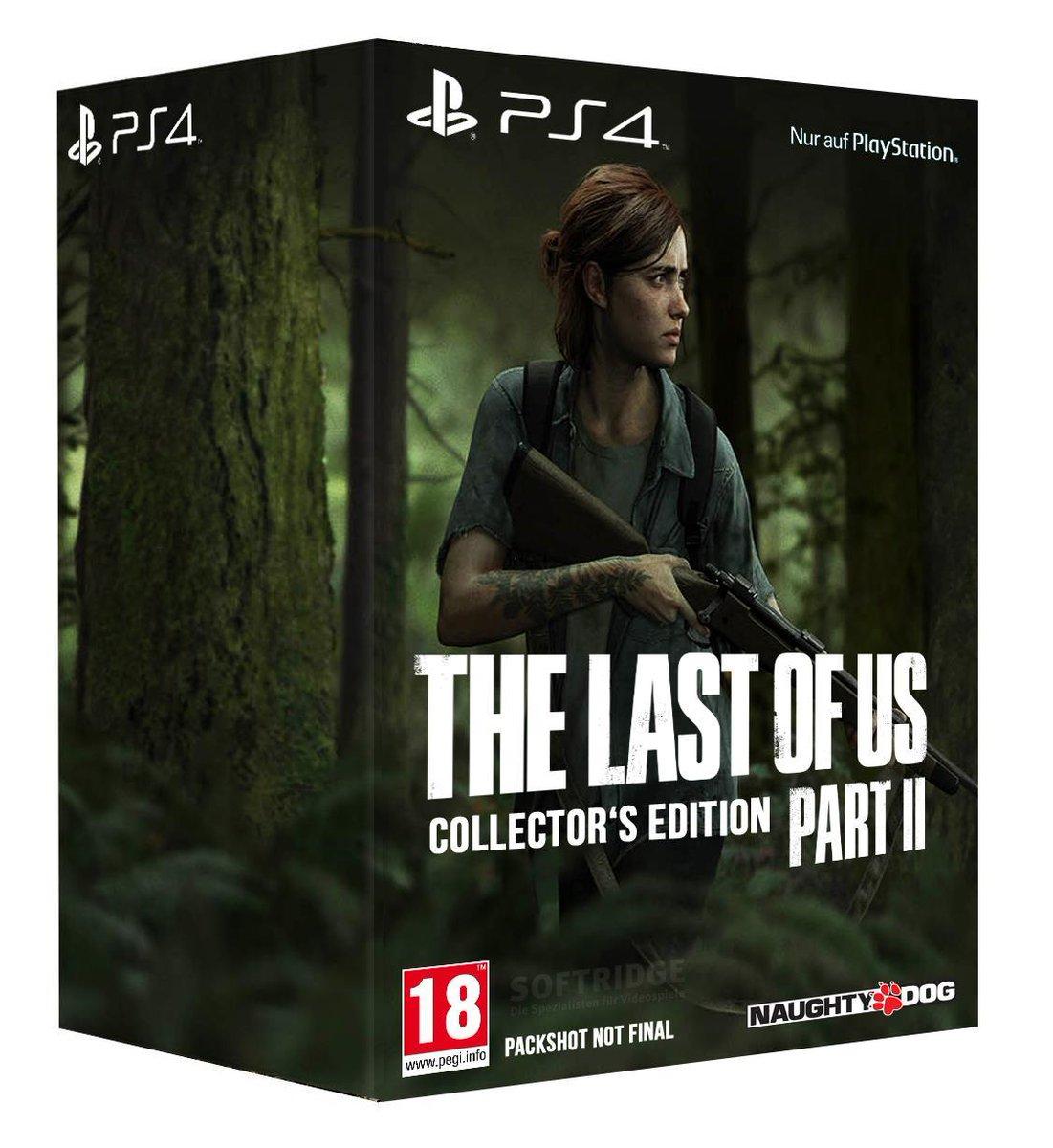 A collector’s edition was also leaked on the retailer’s site.

This box art also appears on the standard edition of the game, as shown by @Nibellion on Twitter. Although not explicitly stated, this may not be the final design.

Update, September 21, 10:50 AM EST: Nibellion has now revealed that this release date actually appeared on the Softridge site over a month ago, but still expects the February release to be accurate.

(Still part of #TeamFebruary2020 tho) https://t.co/jFgtuntAJe

There is also a special edition, which feature’s more unique boxart, in what appears to be a white case, but there is another disclaimer stating that the “packshot” is not final. 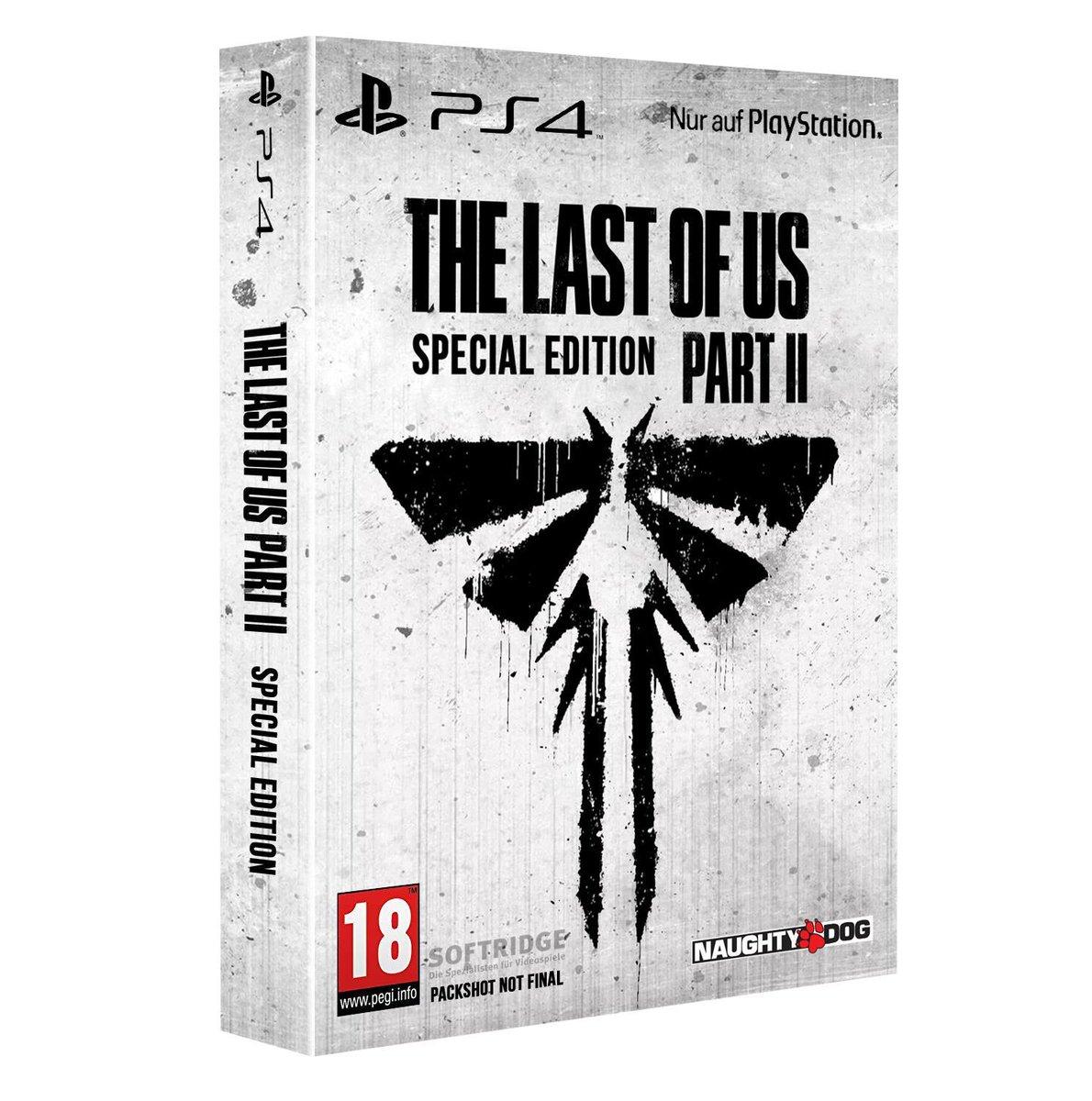 The State of Play livestream airs on Tuesday, September 24, at 1pm PT / 4pm EST / 9pm BST, and Sony has confirmed that the 20-minute broadcast will feature The Last of Us Part II.

Naughty Dog tweeted a teaser for the stream on September 20.

The Last of Us Part 2 is the sequel to the 2013 critically-acclaimed original and has presumably been in development since.

A gameplay trailer was released at E3 2018, giving fans a taste of what to expect, but with Sony not attending E3 in 2019, there hasn’t been much news about the game.

Voice actors for the game have been drumming up hype by giving away little tidbits in press conferences and interviews, keeping fans on their toes.