On Friday, September 21, Telltale Games announced it was going into a “majority studio closure” that would result in the loss of employment for over 200 employees. Now one of the laid off employees has shared more details on the situation.

After the layoffs were announced, Telltale employees were told they had just 30 minutes to gather personal items and leave the building after being hit with the news.

On Monday, September 24, Narrative Designer Emily Grace Buck, one of the employees who was let go, shed more light on the developing situation.

According to Grace Buck, employees affected by the mass layoffs have three hours on Monday to collect any personal items they weren’t able to on Friday. 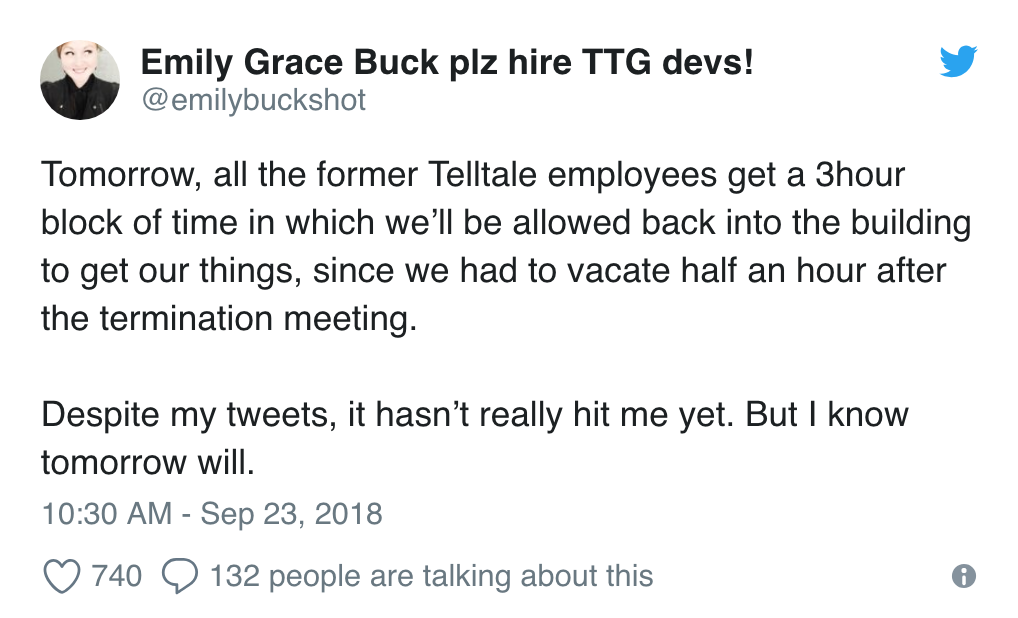 Telltale let go 225 out of a total of 250 employees on Friday, keeping on 25 as a so-called “skeleton crew”, though it’s not clear at this time what project the remaining employees will be working on.

CEO of Telltale Games Pete Hawley said it had been an “incredibly difficult year” for the company, which saw its games fail to sell enough to avoid the mass layoffs.

Reports say that Telltale’s first The Walking Dead and Minecraft games were very successful, but other then that numbers for the studios games have been lackluster, their recent Batman game “Enemy Within” was reportedly one of the studio’s worst performing game ever.

This isn’t the first time Telltale has laid off staff, In November of 2017 the company laid off 25% of its workforce, about 90 people at the time, the big difference this time, is that there will be no severance pay given to those who were laid off because it’s due to bankruptcy. 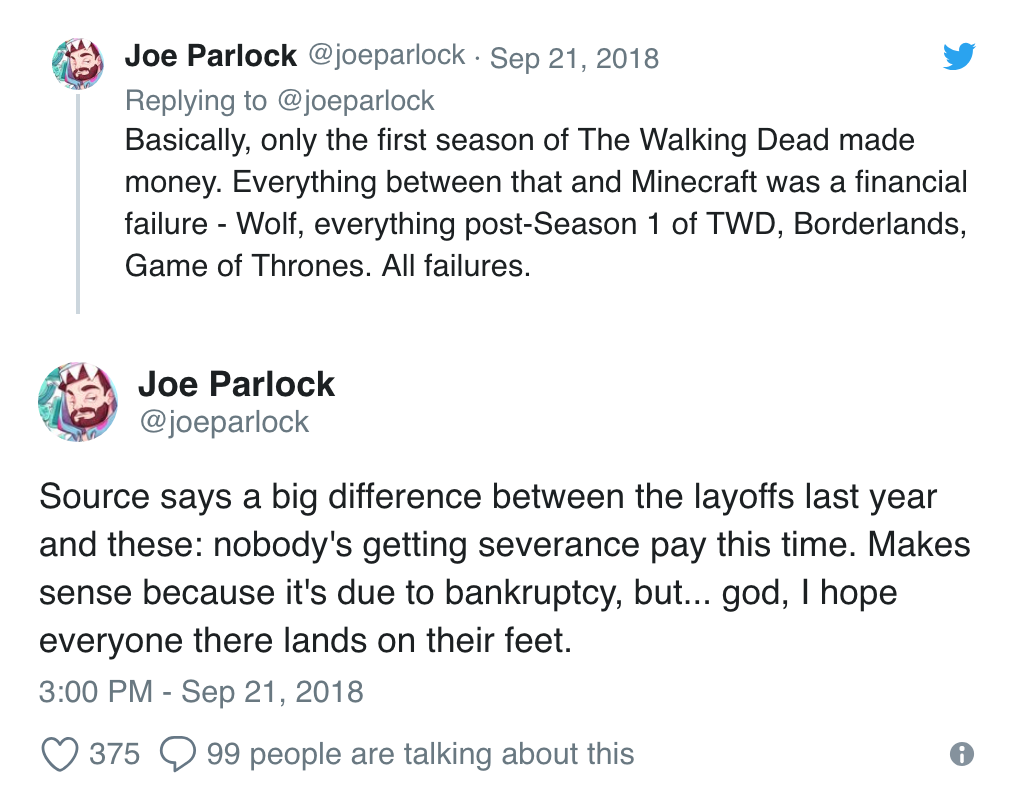 No information has been given on what will happen to Telltale’s latest “Stranger Things” game, which the studio was working with Netflix to produce, it’s possible those 25 employees have been kept on to finish Stranger things, but nothing has been confirmed yet.