After getting announced back during the June PS5 reveal stream, Sony has finally unveiled the long-awaited demo for Spider-Man: Miles Morales – and it’s as pretty as you’d think it would be.

When Spider-Man: Miles Morales was first announced back in June, it’s safe to say that fans were thrilled. A sequel to one of the best-selling PS4 games of all time only a couple years after its release was sure to get people’s attention.

That being said, ever since the initial announcement, there’s been next to no details about the game itself. Every once in awhile, developer Insomniac Games will tweet some tiny details for the game, but beyond that, there’s been pretty much radio silence. Now, that’s all changed.

During the PS5 showcase on September 16, 2020, they showed off the first major look at the game in the form of a brand new demo. Insomniac also confirmed that the game takes place one year after the end of the first title.

The demo itself started with Miles and his friend walking through a street market before transitioning to the main character taking down some Roxxon goons on a bridge and saving the day. The demo itself is around 10 minutes long and also features slightly different UI from the previous game, further differentiating the two.

For those that don’t know, Miles Morales is technically a sequel to the original 2018 game but it’s a smaller experience, with some people comparing the title to Uncharted: The Lost Legacy or inFAMOUS: First Light. Currently, it’s unknown how long the game will be or how much of the original map it will utilize.

Spider-Man: Miles Morales is set to launch on both the PS4 and PS5 on November 12 in the United States and November 19 worldwide. The game will cost $49.99, while an Ultimate Edition, which includes the original game remastered, will cost $69.99. 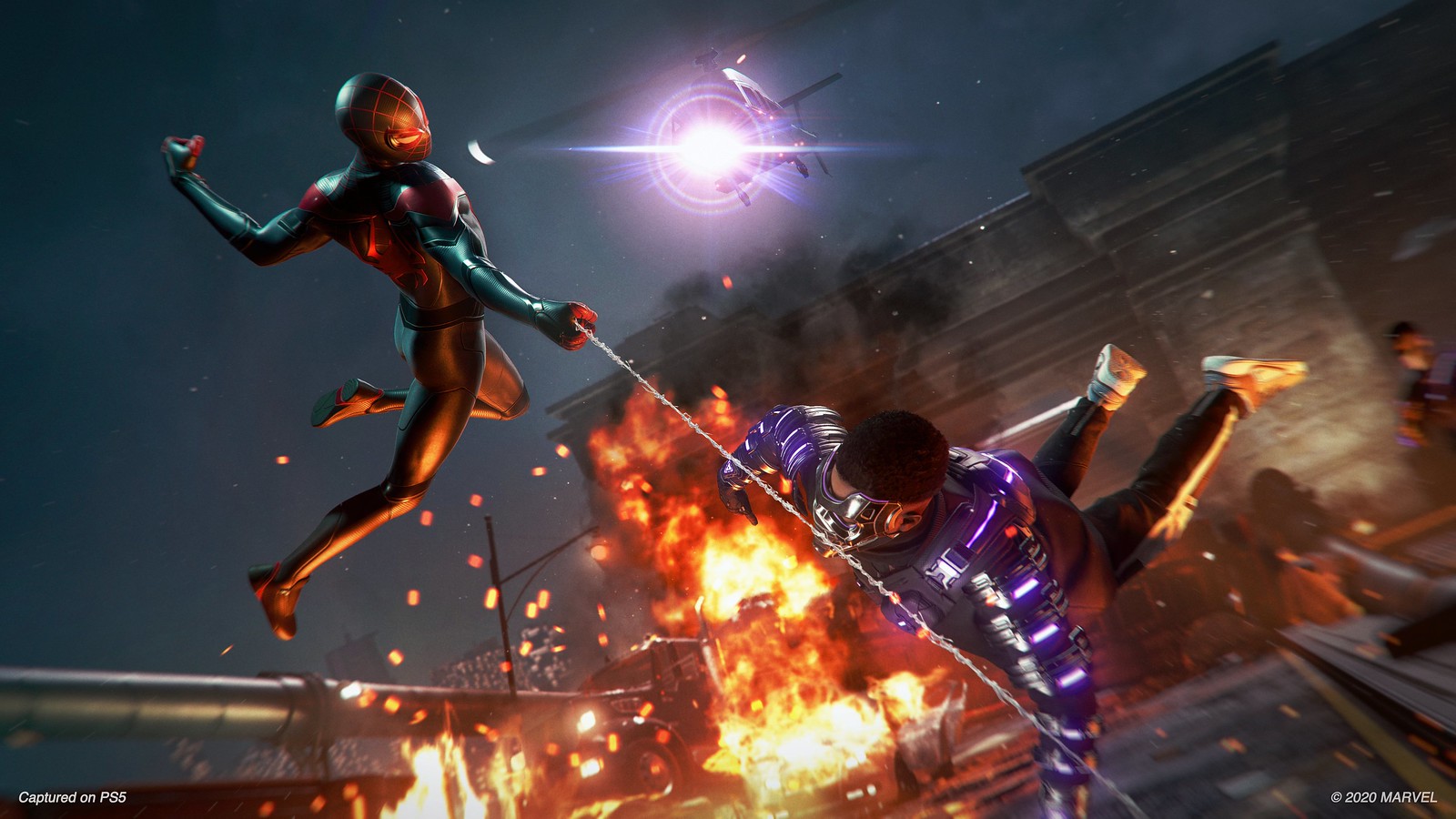 Spider-Man Miles Morales looks great on the PS5, and it’s only the demo!

For more on Spider-Man: Miles Morales and everything coming out on PS5, including the price and release date, keep it locked to Dexerto.