Spider-Man
Spider-Man fans became outraged after Insomniac Games revealed that they had changed Peter Parker’s character model in the PS5 remaster. Players weren’t happy with the company’s “weak” explanation as to why they made the unexpected decision.

PlayStation players were surprised on September 30 when it was announced that Spider-Man’s PS5 remaster had a flurry of new additions – including a complete overhaul of Peter Parker’s character model.

After receiving intense backlash on social media over the major change, Insomniac Games wrote a blog explaining why they had to fix the character’s design. Some fans weren’t buying it, however, and were left fuming.

Peter Parker’s model has been drastically changed in the PS5 remaster.

On September 30, Insomniac Games revealed that Spider-Man’s PS5 remaster would be completely replacing Peter Parker’s character model. While some were excited for the change and compared the new design to Tom Holland from the Marvel films, others were upset at the decision.

Annoyed fans responded to the Twitter post, and hit out at the company for drastically changing the character, such as one user who exclaimed, “Insomniac just completely changed a character’s face who now looks like a WHOLE different person and they expect us to be okay with that?”

Addressing the fan, the developer replied with an explanation: “Our full reason is in the blog, but we had to recast as we needed a better match to @YuriLowenthal’s facial capture to bring you next-gen performances.” 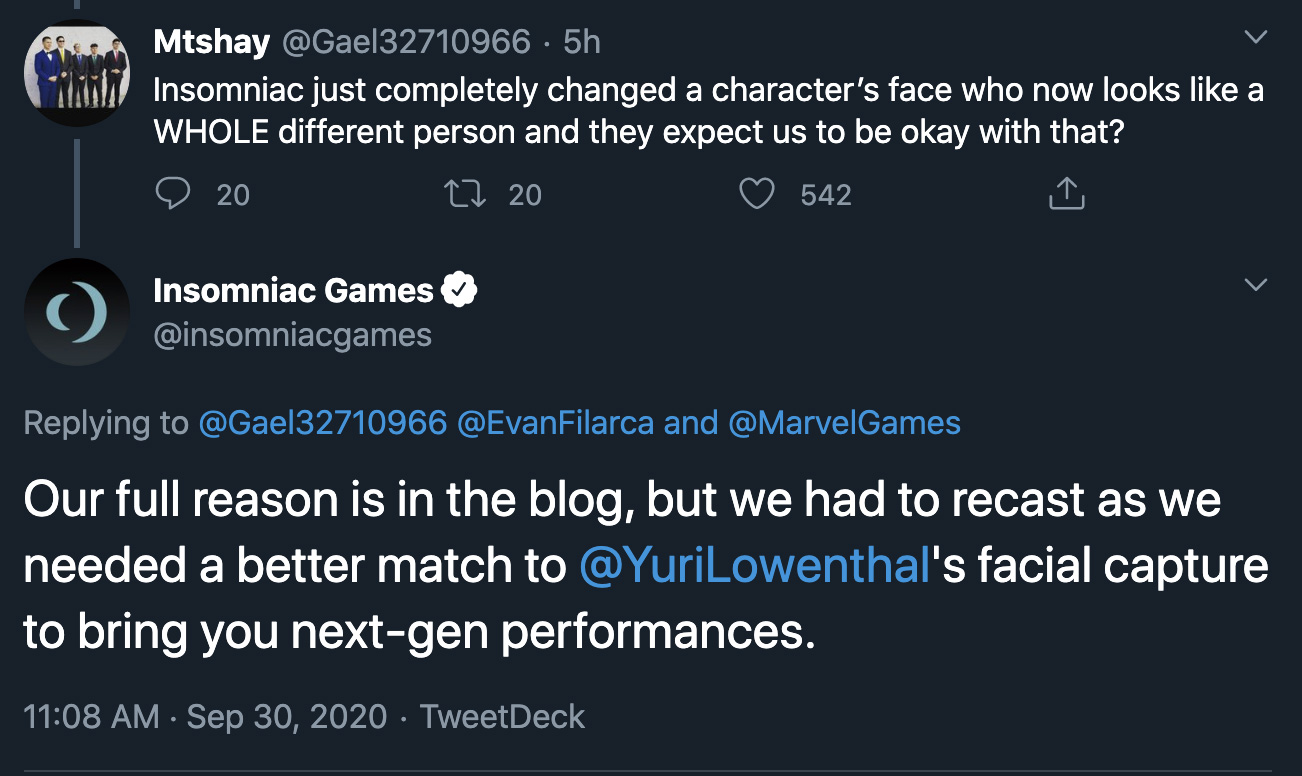 The actor that portrayed Peter Parker corroborated their explanation and tweeted out a joke about his face being the problem. “Guys. It’s my face’s fault. The stupid stupid bones in my face. Blame my bones,” he said.

Despite the explanation, some fans simply were not having it. One Twitter user challenged the developer’s tweet and said, “C’mon Insomniac. That reason is weak and you know it. You guys are better than this.” Insomniac responded back and stated, “No, that is the true and actual reason that we had to do it.”

Other upset players began to pile on such as one who ranted, “What the hell does “next gen performance” even mean?” They later followed up and slammed Sony as well: “Sony unlisted the video, lmao cowards. I’m extremely disappointed in how the marketing team is handling this.” 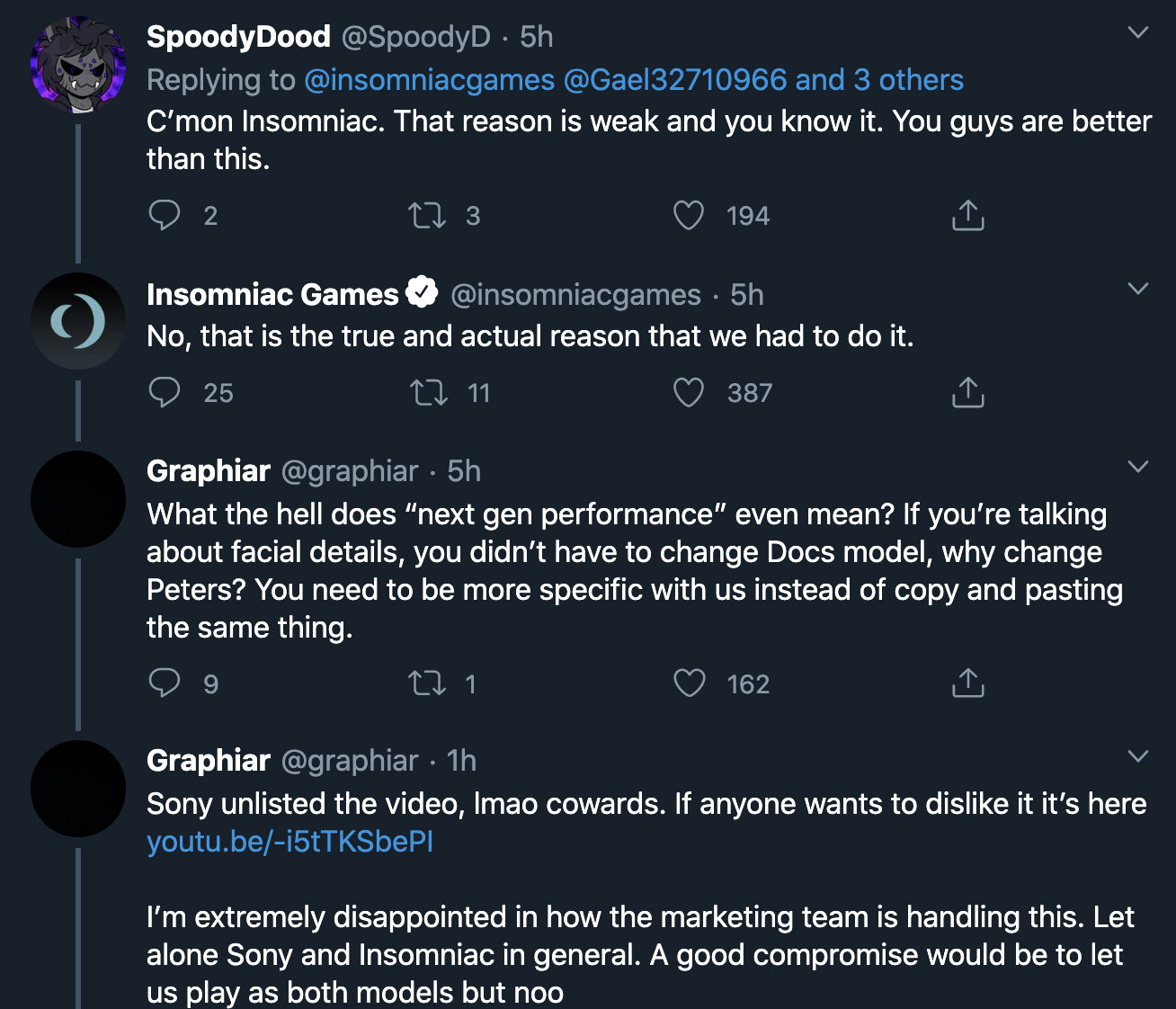 The Sony-owned developer posted a lengthier explanation on their website, which you can check out here. After the backlash, the Director of the game, Bryan Intihar, made a post on social media that said, “We totally understand your reaction. Heck, it even took me awhile to get used to Peter’s new look. Please know we didn’t make the decision lightly.”

Intihar went on to explain that the change was decided so that performance capture in future games in the series would be a closer match to the voice actor, which they couldn’t achieve on the PS4. Regardless of how you feel about it, it looks like the new Peter Parker is here to stay.