The recently released Borderlands 3 has been met with much fanfare and acclaim, so it was only a matter of time before players started designing unbelievable costumes to show their enthusiasm.

Released on September 13, the third entry in the popular Borderlands franchise was finally put out into the world after a lengthy drought in the series. Drawing the attention of countless popular streamers from shroud to Dr Disrespect, the latest looter-shooter has been the center of attention of late on Twitch.

The community has been buzzing and numerous ingenious cosplayers have already applied their skills to new Borderlands themed cosplays. This fresh Zane costume however, might just be the most detailed yet.

Popular cosplayer ‘maul-cosplay’ on Instagram, has dedicated his efforts to recreating Zane with remarkable attention to detail. The Operative class in Borderlands 3, while as witty as they come, Zane can be fine-tuned as a support character, utilizing his barrier to defend teammates in danger.

From authentic cell-shading across his hair, skin, and costuming, to LED’s in the eyepatch, this cosplay of the crafty vault hunter is as credible as can be.

Stating that it’s “horrible to wear,” the cosplayer poses for a full 360-degree video to showcase just how much work went into bringing the costume to life.

Even the most minute details have been taken into consideration and it shows. When the creases on a coat have been fleshed out with intricate cell-shading, you know the cosplayer means business. 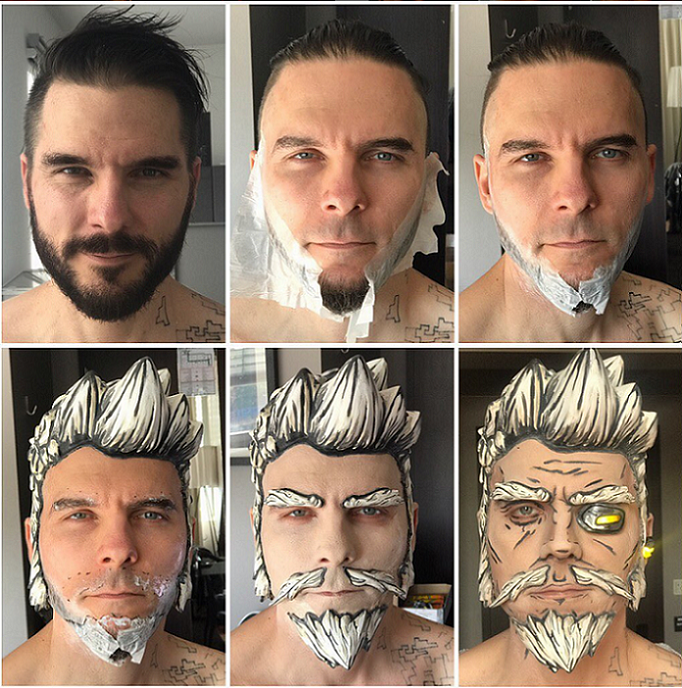 The process that this cosplayer undergoes to get into character as Zane.
[ad name=”article4″]

Borderlands 3 has barely been out in the wild for long and hardcore fans have already been finding plenty of novel easter eggs.