Since their introduction into the console gaming scene, Scuf Gaming has helped redefine what players should expect from their hardware, becoming the industry standard for console pro players and casuals alike seeking to raise their game.

Today, Scuf Gaming has announced the latest addition to their arsenal of controllers — the SCUF Vantage. The new controller, officially licensed by Sony PlayStation, also introduces side paddles to the controller for the first time.

Previously, Scuf Gaming has teamed up with Microsoft to release the Xbox One Elite Controller. The custom controller featured familiar SCUF components, including paddles on the back which allowed players to use certain buttons without removing their fingers from the thumb sticks — greatly decreasing reaction times.

SCUF released their ‘Impact’ controller for PS4 in mid-2017, boasting a slightly larger build and shape more similar to that of the official Xbox controller.

The SCUF Vantage pays even closer resemblance at first glance, with a larger shell than the standard PS4 controller and the left thumb stick now positioned above the D-Pad, rather than below in traditional Sony fashion.

The team at @ScufGaming has built a brand-new, officially licensed, highly adjustable PS4 controller with 4 back paddles, removable rumbles, trigger stops & extenders, and much, much more: https://t.co/tXxWHLHeOS pic.twitter.com/WCrEcPkt1T

All the usual SCUF features will also return for the Vantage. There are trigger stops, allowing users to compress the trigger faster and more frequently; removable rumble, to eliminate controller vibration and make the controller lighter; and trigger extenders. 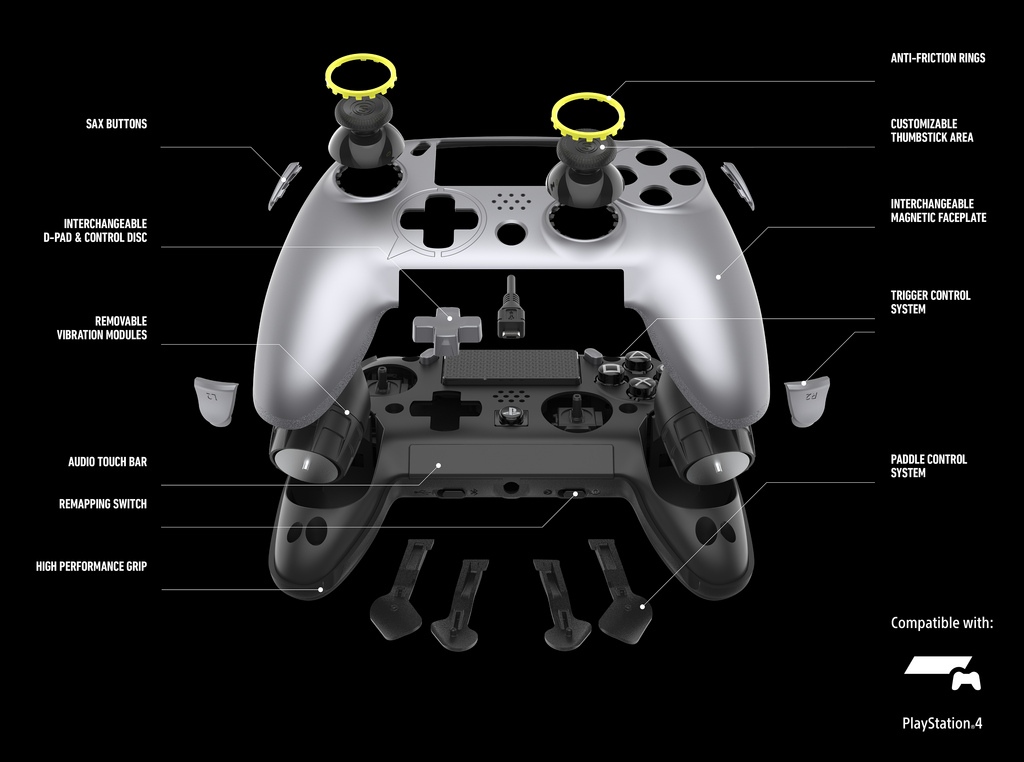 The biggest new change though is the entirely new button system called ‘SAX’, offering players even more configuration than ever before.

Side-mounted right and left ‘Sax’ buttons – designed to fit the natural placement of a player’s fingers and provide additional configurability.

The unique side-mounted buttons are new to Scuf Gaming controllers and will sit alongside the existing bumpers and triggers.

With its new features and re-imaged shape, the SCUF Vantage is the perfect controller for both existing PlayStation players and converted Xbox owners alike.

Available for preorder now, the wired-only option starts at $169.95, with a wireless Bluetooth version coming in at $199.95. The product is only for sale to US and Canadian customers.

How to get Hisuian Sliggoo & Goodra in Pokemon Legends Arceus