MTG Arena Throne of Eldraine launch date: everything you need to know

Wizards of the Coast have marked a day for its online, digital card game Magic: The Gathering Arena to officially launch from open beta to full release, and a new set of cards is going there first.

The future of Magic: The Gathering is very bright, and they have a lot of land cards dedicated to their digital PC game Arena. So much so, that the newest set of cards, Throne of Eldraine, is coming to Arena first before being released as tabletop cards.

In what will end up being one of their last State of the Beta posts on September 4, the Wizards of the Coast team revealed the official release date for Arena, which will be September 26th. Arena was released into beta in November 2017, and was designed to be the player-vs-player version of Magic: The Gathering Online. Its upcoming full release is expected to be a huge boon for Hasbro and it’s subsidiary Wizards of the Coast, per Bloomberg.

The Arena release date also coincides with the official release of the new card set, Throne of Eldraine, which will be fully available on Arena on the same day. 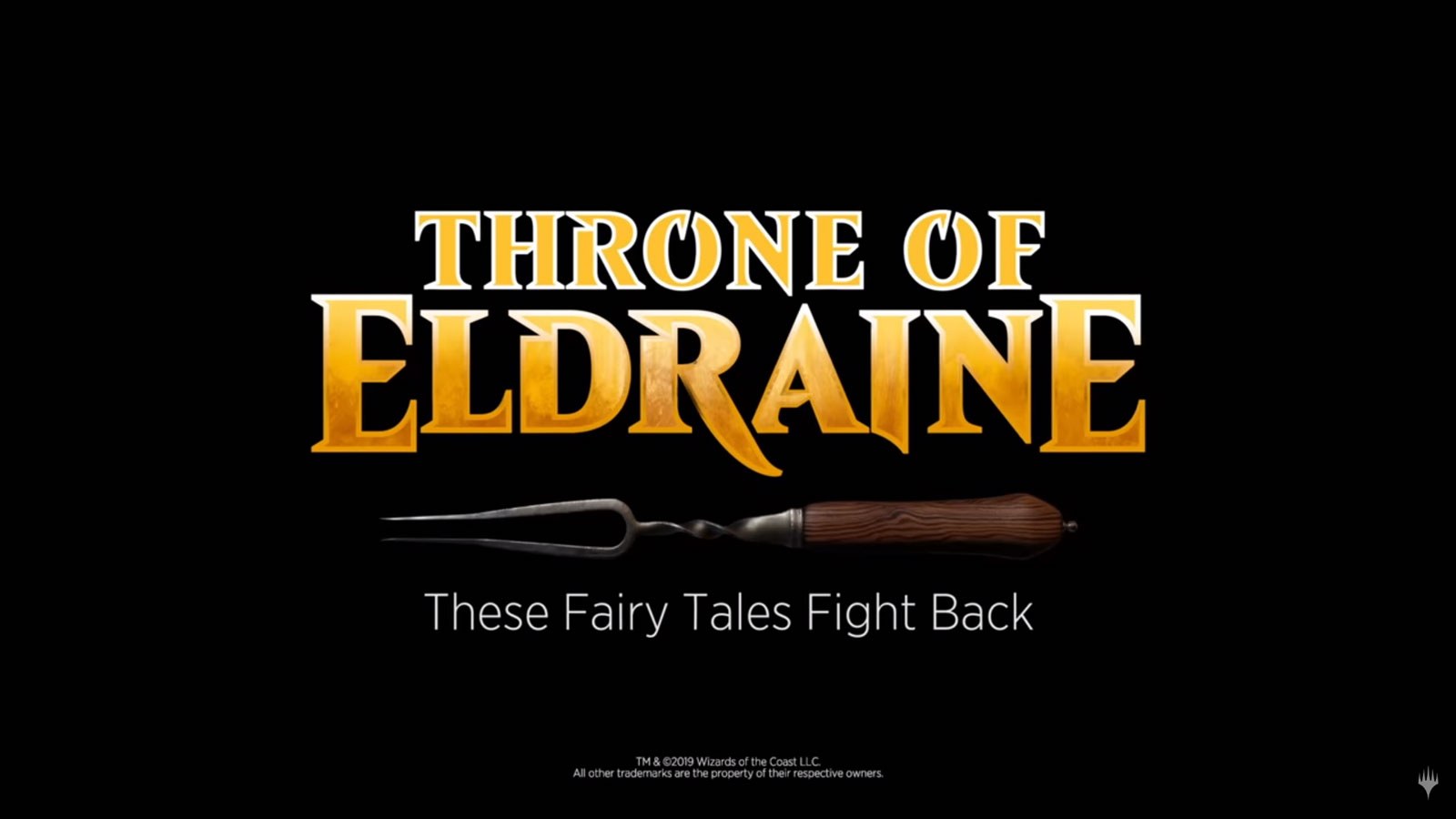 For the remainder of the beta, players can play with four different pre-constructed Eldraine decks in Brawl mode, where a deck consists of one commander card (any legendary or planeswalker from a Standard set) and 59 other cards that share a color identity. When the game fully launches, they can begin to open packs and create decks with the new cards.

Eldraine is heavily based on fairy tale folklore. It features dragons, witches, faeries, knights in shining armor, and more. It even includes a golden goose, and an instant Black spell that destroys a creature by baking it into a pie. It’s called “Bake into a Pie.” You can then sacrifice that pie, by eating it to gain 3 life. Throne of Eldraine will then be released for tabletop on October 4.

Wizards are branding this new set as “Fantasy With a Twist”, and that’s an excellent description for the cinematic trailer for the new set that was just released.

In an post from this past August, Wizards of the Coast released a lengthy update on the future of MTG esports. In it, they announced a massive restructuring and expansion of their tournaments for tabletop Magic and for MTG Arena for 2020-2021. 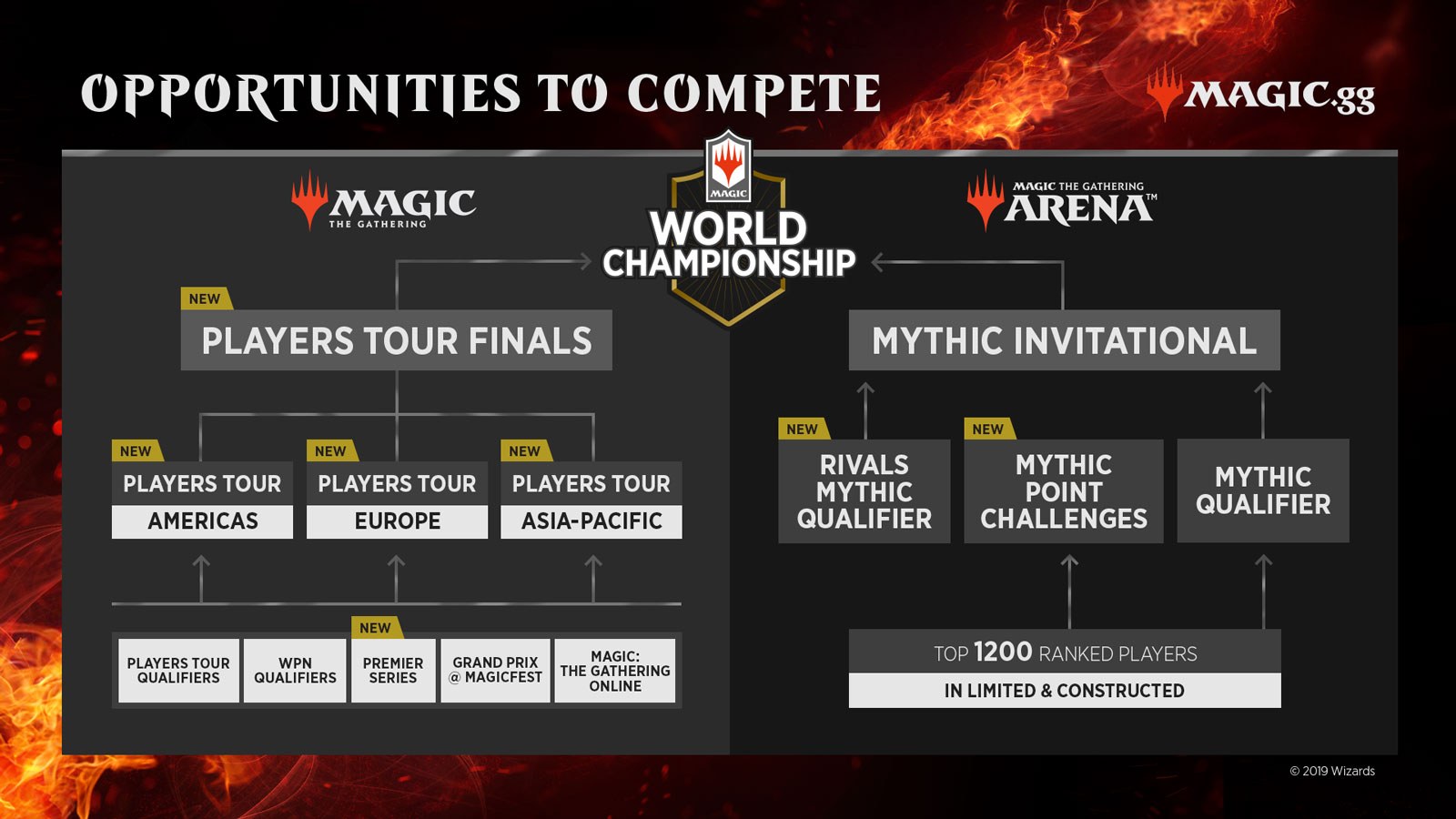 Path to the MTG World Championship

Wizards of the Coast are adding new regional championships for tournaments, called the Players Tour, and an amateur, path-to-pro league for MTG Arena called Rivals. They’re also putting up $10 million in prize pool and player support across the season. The best tabletop and Arena players will convene at the World Championship, with a $1 million prize pool.