November 7 marks an annual celebration for fans of Bioware’s enthralling space opera Mass Effect and throughout the festivities this year, former Game Director Casey Hudson hinted at the future of the franchise.

Considered dormant after the heavily criticized release of Mass Effect: Andromeda in 2017, fans of the RPG series were left to ponder whether a new title would ever be released again.

Following an exceptionally shaky launch to Bioware’s new IP in Anthem, there was no telling what would soon be on the horizon for one of the most prestigious developers throughout the previous console generation. A new post from Casey Hudson on N7 Day however, has teased that the Mass Effect community has plenty to look forward to.

On a day full of nostalgia for the remarkable journey of the ambitious Mass Effect trilogy, Hudson shared a look at some unique concept art that had been previously been kept under wraps.

From swampy wildlands to sprawling city landscapes, the art feels new and simultaneously familiar to the tone of the series.

For all we know, this concept art could be set on Tarith.

Showcased in one of the works of art, we can see the latest iteration of the Mako vehicle flanked by a Krogan and two other unidentifiable figures, one of which appears to be holding a Lancer Assault Rifle.

Another piece showcased the Normandy emerging from a base at sea. While certainly a placeholder for the purpose of the concept art alone, seeing the ship in action once again is enough to pull on the heart-strings of any Mass Effect fan. 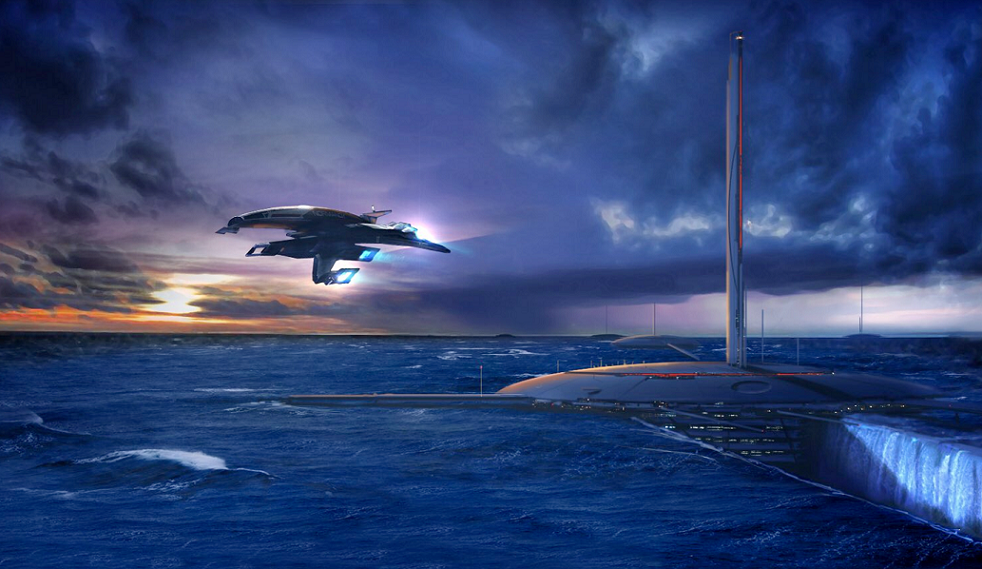 The presence of the Normandy indicates many other stories were planned for the old crew.

Accompanying the Tweet with a heartfelt message to the Mass Effect fanbase, Hudson expressed excitement for the future of the series, stating that “we have so many ideas for things we want to do in Mass Effect.”

“So much concept art that hasn’t yet been brought to life, and so many stories yet to tell,” he concluded, hinting that our times adventuring through the galaxy are far from over.

We have so many ideas for things we want to do in #MassEffect, so much concept art that hasn't yet been brought to life, and so many stories yet to tell. #N7Day pic.twitter.com/gDXbYComCC

Bioware is even extending N7 Day celebrations through to the world of Anthem, introducing an assortment of new Mass Effect-themed cosmetics.

From Krogan-based Javelin designs to Quarian armor, there’s plenty to unlock in the title to share your enthusiasm for the festivities.

Though this isn't a typical celebration for the people of Bastion, we wanted to show our love for the day with four Mass Effect-themed armours and more. pic.twitter.com/wjCwppBctD

While there’s no telling quite when we’ll see the future of Mass Effect in action, there’s no denying that it’s an exciting time for fans of the series.

As we near the release of the upcoming console generation, one can only imagine how extraordinary a new Citadel would look.