Is PlayStation down? PSN users report issues with PS Plus on June 9 - Dexerto
Gaming

Is PlayStation down? PSN users report issues with PS Plus on June 9

The PlayStation network has experienced a major outage on June 9, with users in North America, Europe and Japan reporting issues with PSN and PlayStation Plus on PS4.

Although small and temporary outages are somewhat common on PSN, it’s rare for a crash of this scale to occur, with thousands experiencing issues and reporting them online.

Update, 10:20AM EST, June 9: Ask PlayStation UK has responded to reports of the fault with PS+ subscriptions, advising users to log in and out periodically to see if it resolved the issues.

They also confirmed that they are looking into the root cause of the problem for a more permanent fix.

@JamesReckzyyHello! If your subscription hasn't expired, we'll have to ask you to be patient as we look into this issue. Please try signing out then signing back in periodically throughout the day. ^DB

Social media was filled with players complaining about the connection problems, particularly with PS+.

PS+ is down :/ so going to mess with Dauntless until the Blackout grind resumes.https://t.co/MwpTAr9qYT pic.twitter.com/KCmaFceOcU

@AskPlayStation so im kinda pissed right now. I got on black ops 4 and its telling me I need ps plus play. My ps plus doesnt out till July 2. Its June. Images from proof here. pic.twitter.com/CcSmJuL2Dv

@AskPlayStation help please, I have an active playstion plus account. However I try to play an online game and it tells me I need to have ps plus

@PlayStation why can’t I access online features even though I have playstation plus ??? Please help

The majority of reports are coming in from Europe and Japan, as shown by the live outage map from Down Detector below.

However, this could be due to time zones, and as people in North America wake up and attempt to play some PS4, they may be met with the same errors. 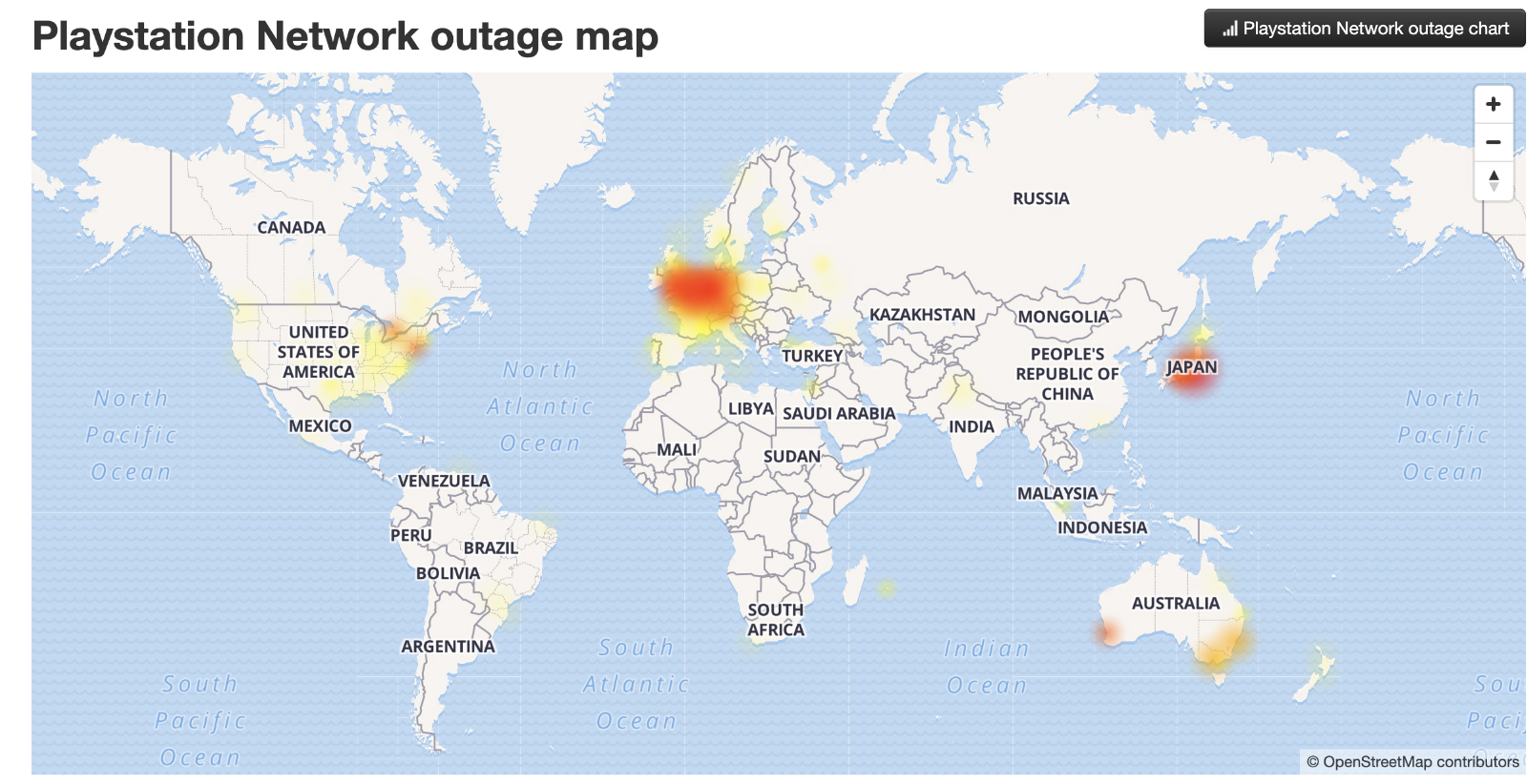 Outage map via Down Detector.

Users with an active PlayStation Plus membership are apparently being told that they do not, but when they view their active membership status it shows no issues.

If you are experiencing this problem, it is recommended to avoid making any changes to your subscription, until PlayStation or Sony addresses the problems.

We will keep this story updated as more information becomes available.