Cosplay aficionado Liz Katz has created an incredible Borderlands 3 cosplay that will blow your mind with its accuracy and precision.

The third instalment of the hit Borderlands series finally arrived on September 13, and fans have been going crazy for it ever since, especially since it contains a bunch of pop culture references such as Rick & Morty, One Punch Man, and even an homage to Twitch star Dr Disrespect.

Talented cosplayer Liz Katz has also jumped aboard the BL3 hype train, and debuted an amazing outfit that is so incredibly accurate, it looks like she stepped right out of the game itself.

On September 18, Katz uploaded a lengthy clip to Twitter where she showed off her rendition of a Psycho from the looter shooter, who is one of the game’s most iconic characters.

Shot by Los Angeles-based videographer ‘EccentricErick’, the video wasted no time in showcasing all of the cosplay’s intricate details, from the cel-shaded body and clothing paint, to an accurate recreation of the character’s deadly Buzz Axe weapon.

The cosplayer even sports a spot-on Psycho mask with piercing light-up eyes, which looks like it could have been sucked straight from the game and put into real life – it’s that detailed.

To top it all off, the clip seems to have been shot in some sort of industrial setting, which really helps to tie the whole aesthetic together to make it look as real as possible.

Blow me up, buttercup. You’re a vault hunter minding your own business until you see this. Tell me your main and what you think happens next.
Video @EccentricErick #borderlands #psychocosplay #gearbox pic.twitter.com/nKEIArkAXP

Liz Katz is actually in Borderlands 3

The 31-year-old actually made her video game debut with Borderlands 3 as she plays a small voice acting role as a side character called ‘Bloodshine’.

Bloodshine is a murderous Psycho who players encounter in the Proof of Wife sidequest in Lectra City after completing the ‘Kill Killavolt’ substory.

In the mission, which can be picked up from the Lectra City bounty board, the foe’s lover asks for help in rescuing their beau in exchange for a hostage they’ve captured – and it turns deadly.

While the model only has a small role, she smashes the part, and her Psycho cosplay just goes to show how much she loves the looter shooter series. 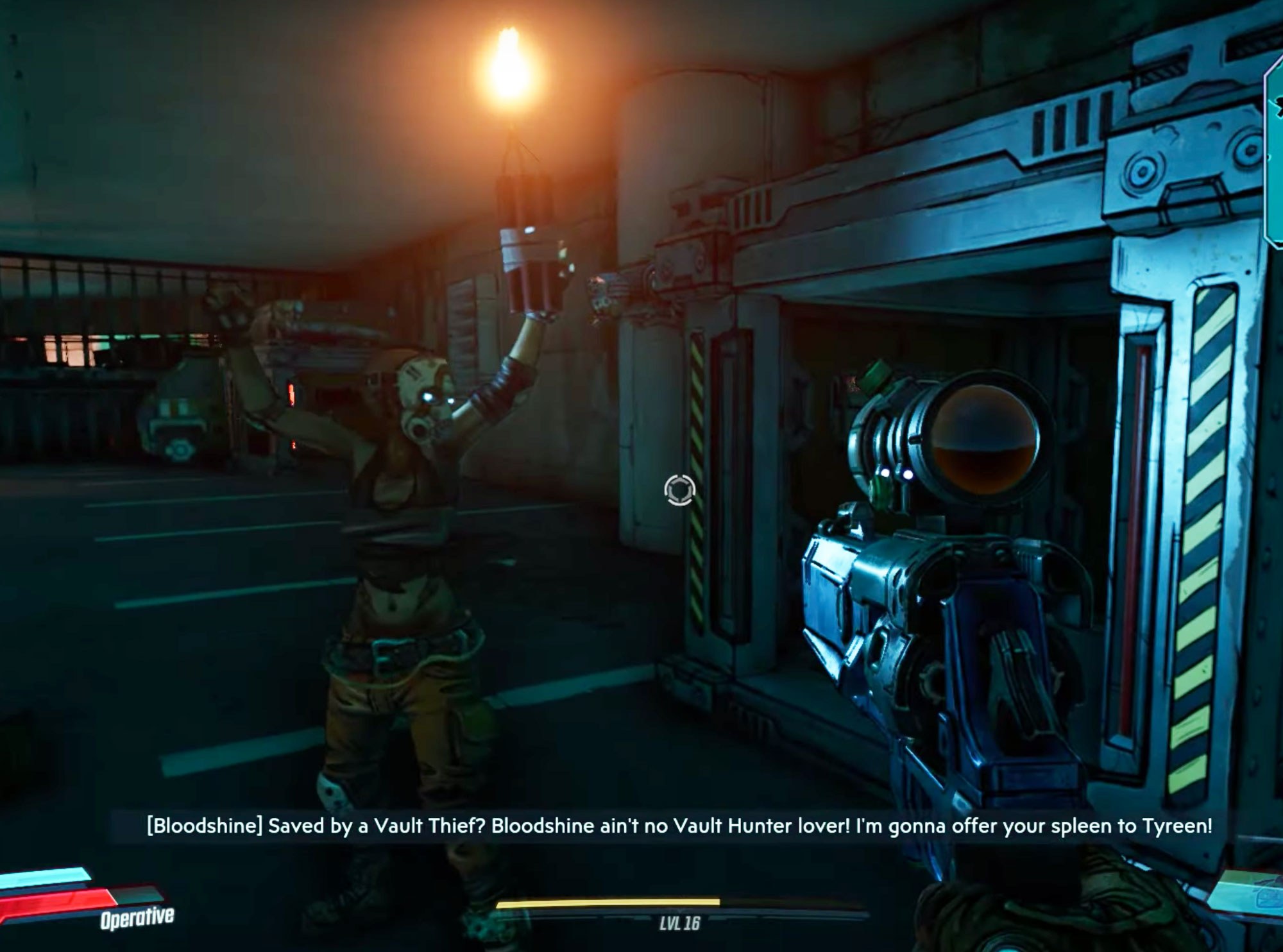 Liz Katz is one of the internet’s best-known cosplayers with over a million followers across her social media accounts as of September 18.