Finalmouse have been criticised for blaming customers for delayed orders in a series of bizarre tweets posted on Thursday, January 3.

Finalmouse are a technology company that claim to create the “world’s best esports mouse,” which is designed to feel light in players’ hands, with their Ultralight Pro model said to weigh just 67 grams.

The company also partnered with Twitch superstar Tyler ‘Ninja’ Blevins to create the Air 58 Ninja, with the streamer promoting the item on his social media accounts. Fans were unhappy with the design of the mouse, which they feel is just a recolored version of the company’s other products. 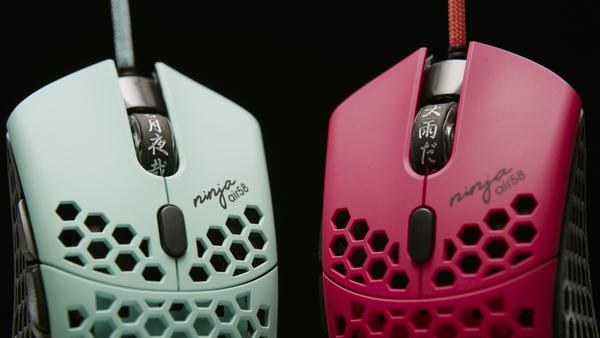 Some people who ordered the products have been unhappy with the length of time it has taken to receive their product, with a few stating that they had ordered their mouse at the start of December and were yet to receive any information about when it would arrive.

In response to the criticism, Finalmouse tweeted that the orders would be fulfilled sooner than people thought, then turned their attention to their actual customers, saying: “The more you guys spam our customer support team, the harder it is for us to finish up. We got 1000 emails yesterday alone, and that takes five people away.”

“Please, we ask you guys to be patient. People are coming up with paranoid theories on why they don’t have their mouse, like we haven’t made them or we sold them all at the pop-up shop. We are almost done, just be patient.” 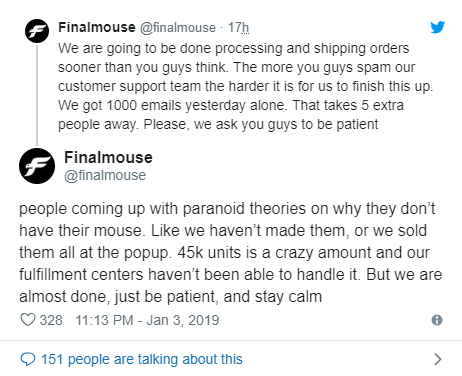 Customers were not happy with the company’s response to their complaints, with one stating that the company promised to keep in touch via email and text, and then failed to do so.

Again. YOU said you would update us via email and text. YOU said you would release exact order numbers. YOU made these promises and did not keep them. Stop blaming your customers who have paid you already for wondering where there product is. (Outside of your processing period)

Finalmouse have refrained from commenting further on the criticism from customers, but it’s likely this situation will rumble on as those who ordered a mouse grow increasingly unhappily at the service from the company.