A new hot fix for Borderlands 3 released on PC, PlayStation 4, and Xbox One on September 19, and fans are not happy with some of the changes.

The latest instalment in the looter shooter series released on September 13 and people have been loving it, even going as far as to scour the game for pop culture references such as Rick & Morty and Lord of the Rings.

An update patch released for the game on September 19, and brought some big changes to the way loot is dropped – something some fans aren’t too happy about.

The hot fix adjusted an array of issues, such as overleveled enemies and the activation range of certain New-U machines. But a change to the frequency of rare item loot drops in the game’s hard mode ‘Mayhem Mode’ isn’t something some people are writing home about.

Before the patch, an article from PC Gamer on September 16 told fans about an exploit in the Eden-6 area that fans could farm Loot Tinks while playing Mayhem Mode in order to get an insane amount of Legendary drops. Unfortunately though, the update scaled the frequency down. 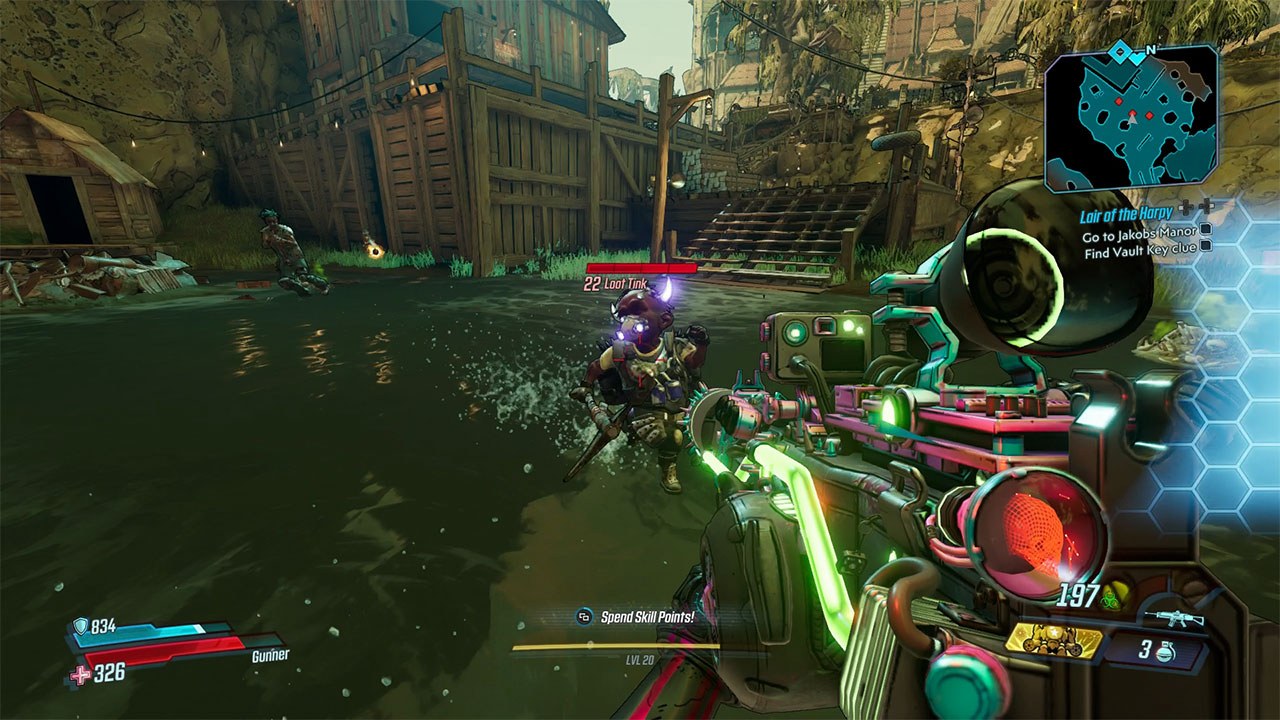 Loot Tink farming has been seriously scaled back.
[ad name=”article3″]

“RIP loot tink in Jakobs Estate :(“ one fan on the Borderlands 3 subreddit said. “Literally just got to Jakobs Estate last night :(“ another said in reply.

“I rushed through the game tonight so I could get Mayhem 3 but was surprised that none Loot Tinks appeared at 3 runs and I guessed they patched it.” a player commented, before continuing. “My rushing to the end was so useless now, I could’ve enjoyed the story far more longer.” 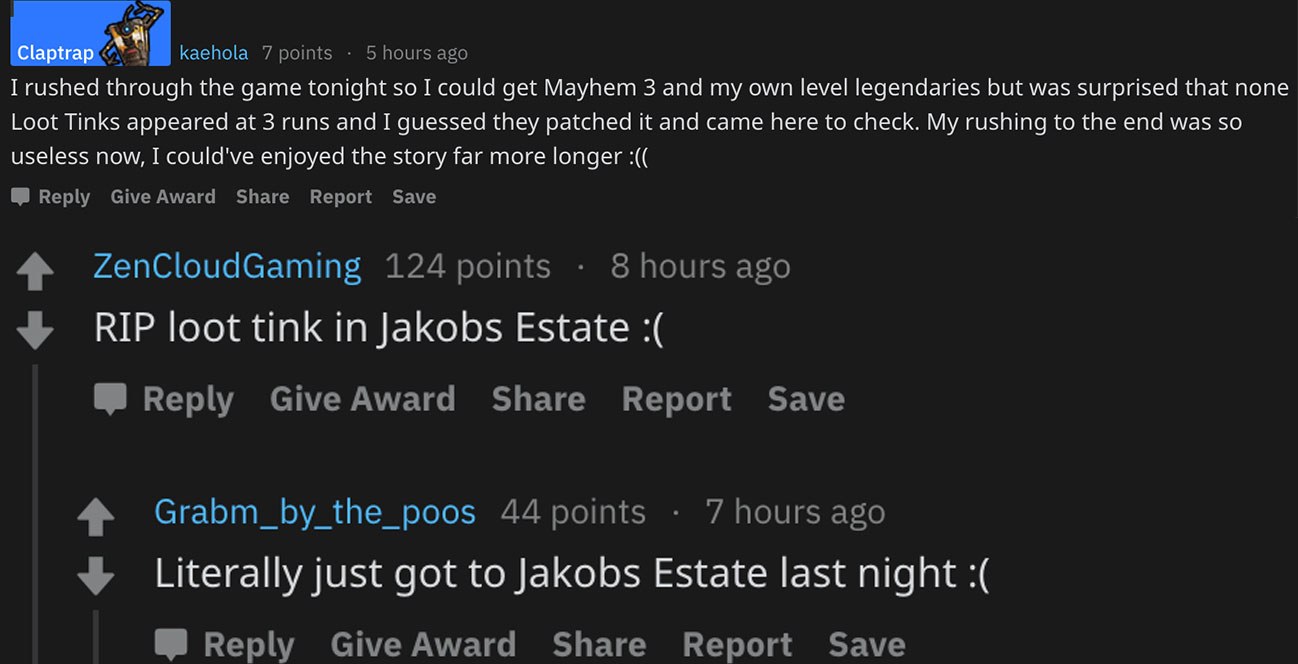 Luckily, there seems to be some sort of bypass for those who want to continue getting the increased loot drops – simply enable ‘Offline Mode’ and reboot the game.

Doing so appears to remove the hotfix completely, but it comes back once you’re online again, so just keep that in mind when farming for Legendaries.

The full list of patch notes can be found below.