Pawel Sasko – lead quest designer for Cyberpunk 2077 – has discussed the upcoming game’s story, and hinted at how satirical and dark it will be.

CD Projekt RED’s upcoming Cyberpunk 2077 has amassed significant excitement from the gaming community. Many players are looking forward to a dystopian RPG from the studio that brought The Witcher 3: Wild Hunt; acclaimed as one of the best games of all time.

On August 6 Polish Radio sat down with Pawel Sasko, the game’s lead quest designer. He discussed many aspects of Cyberpunk 2077. Now though, thanks to Reddit user TheNeonArcade, the key moments from the interview have been translated and summarized. 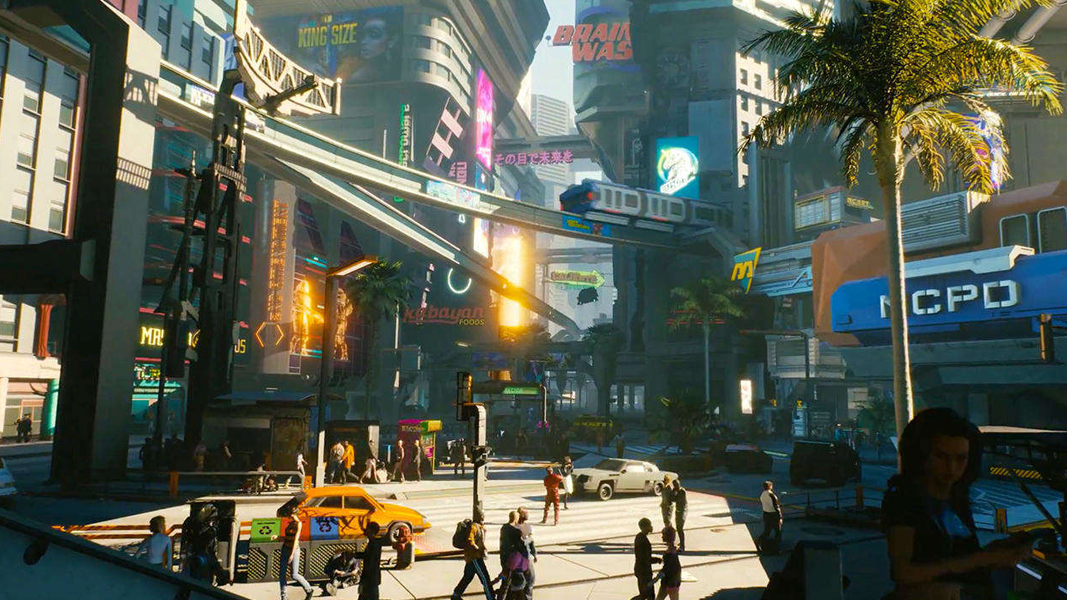 Cyberpunk 2077 is set in the fictional Night City.
[ad name=”article2″]

Cyberpunk 2077 is set in the dystopian Night City, a dark imagining of a future metropolis in California. Players control a mercenary known as ‘V’, exploring the open world and completing missions.

While all gameplay released so far has pointed towards a mature experience, this was confirmed by Sasko.

Sasko stated that the game’s goal is to tell a movie-like adult experience, exploring subjects that are pertinent to modern day society. In other words, the game will be satirical and try to combat difficult, complex subjects, that Sasko says society has a tendency to avoid.

One of the main topics the game will look to consider is morality, as the game throws V’s morals into question, simultaneously causing the player to evaluate their own behaviour and choices.

This will be done through the game’s main narrative, as V tries to escape the metaphorical limits Night City places on him.

His interactions with Johnny Silverhand (the character played by Keanu Reeves), are key to the overall plot, and will “shape the game’s ending”.

While much still remains unclear about Cyberpunk 2077, it certainly seems CDProjektRED are looking to create an immersive, complex game, that players will become invested in. It was this kind of attention to detail that led to The Witcher 3 being such a memorable game.