October marks ten years since the original Borderlands game came out, and Gearbox is giving Borderlands 3 players a month of rewards to celebrate.

The first Borderlands game came out on October 20, 2009 and to thank loyal players, 2K is putting on a five week celebration that will let fans pick up more valuable loot and a load of other surprises.

Each week of the celebration will come with different rewards starting on October 1 going through November 4, so read below for all the available info on the event.

What will see for each week of the celebration?

The first week of celebration (starting October 1) is called Boss Week. During Boss Week, certain bosses will have an increased chance to drop specific Legendary items, as listed below: 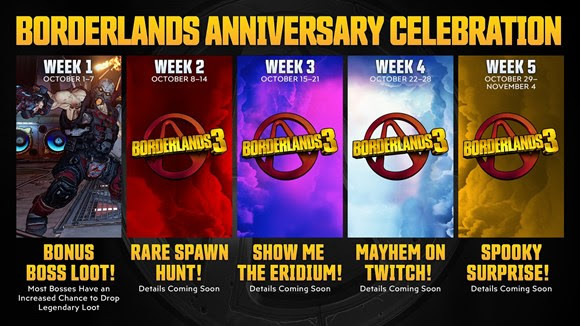 There will be different events happening each week of the anniversary celebration.
[ad name=”article3″]

That’s all just the first week of the celebration, with new events happening every week. Even though we don’t know exactly what the next few weeks following Boss Week will include, the names do give us a good hint at what to expect.

The third week of the celebration is called “Show Me the Eridium!” and could indicate that players will be able to stock up on the Borderlands 3 currency.

Eridium is one of the game’s rarest currencies and can be used to purchase cosmetic items or weapons from Crazy Earl in Sanctuary or his vending machines scattered throughout the game.

Crazy Earl behind his door in Sanctuary.
[ad name=”article4″]

Week 4 will be called “Mayhem on Twitch!” and could mean players can receive special loot in the form of drops for watching Borderlands 3 streams on Twitch – just what those drops could be though, remains unknown.

Finally to round out the celebration, Week 5 is simply called the “Spooky Surprise” and it doesn’t take a genius to figure out this could be hinting at some kind of Halloween celebration – possibly the “Blood Harvest” event previously mentioned by developers. 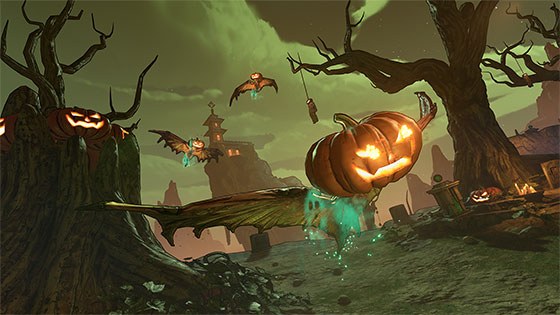 Bloody Harvest, according to developers, will bring a new map and raid into the game, along with an exclusive companion and a load of new skins, as seen below. 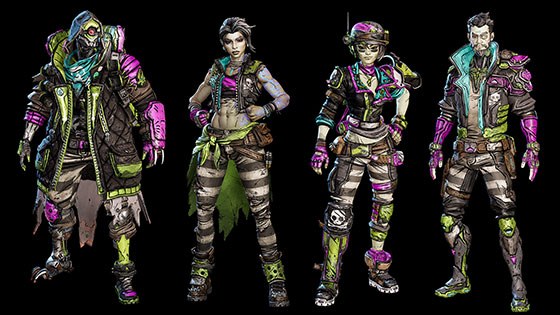 Players will be able to unlock exclusive skins during the Blood Harvest event.
[ad name=”article5″]

As we said we don’t know exactly what’s coming following Boss Week in the Anniversary celebration, but 2K will provide all the details each Monday, so stick with Dexerto for all the latest info.