Back 4 Blood is the spiritual successor to Valve’s Left 4 Dead series. Like those games, it also involves a team of players blasting zombies. Here’s everything we know about the upcoming horror shooter.

Back 4 Blood is currently being developed by Turtle Rock Studios and set to be published by Warner Bros. Interactive. Turtle Rock Studios is made up of developers that worked on the Left 4 Dead series and the influence is clear to see in Back 4 Blood. However, the game is aiming to be so much more than a nod to the past.

Back for Blood will release on October 12, 2021 on PS4, PS5, Xbox One, Xbox Series X|S, and PC. The game will also release on Xbox Game Pass from day one – which is excellent news for subscribers to the service.

“Back 4 Blood is our own brand new, original IP,” Community Manager Alissa ‘MissMurder’ Barry-Toth posted. “You’ll be able to shoot up a lot of zombies like in Left 4 Dead, but there’s a whole lot of new stuff in Back 4 Blood which makes it unique.”

Back 4 Blood is coming soon, and is being developed by some of the OG Left 4 Dead developers

What to expect from Back 4 Blood’s Gameplay

From playing the game’s Open Beta, we can confirm that the gameplay feels very similar to Left 4 Dead. However, it also feels distinctly current-gen and more sophisticated than the games from Valve. This is primarily down to the improvements in hardware since the Left 4 Dead first arrived back on the Xbox 360.

Back 4 Blood will feature a campaign that can be played with up to four players or experienced solo. The game will also feature a PvP mode for up to eight players. These players will need to take each other down while also navigating through hordes of undead enemies. 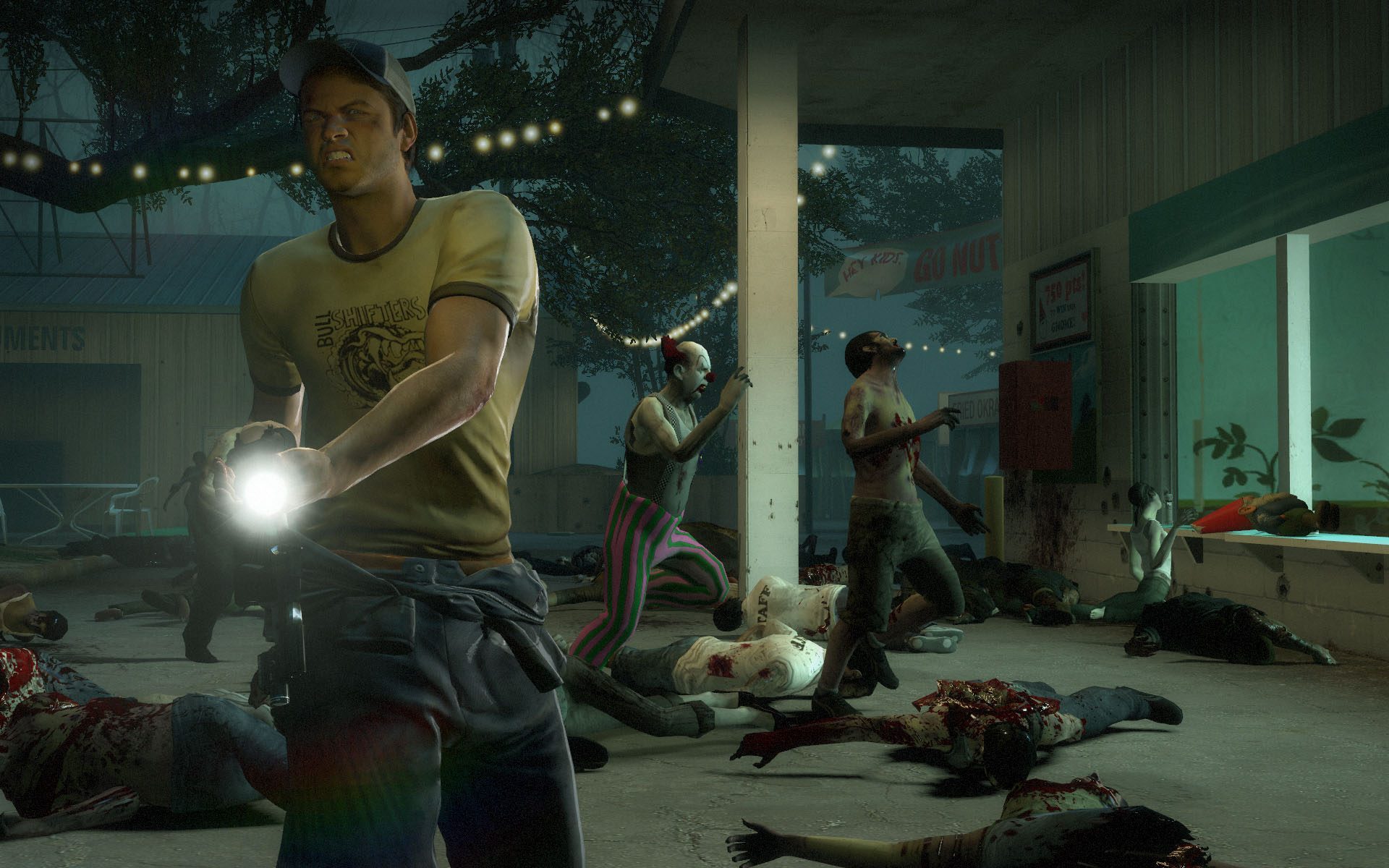 The game will feature PvP and PvP, just like Left 4 Dead (pictured)

New to Back 4 Blood will be a card system that allows players to tailor the gameplay to suit them. Cards will impact the player’s attributes and various match settings. Hosts will get to set up their deck at the start of a match and make changes as they go.

The enemy AI referred to as ‘The Director’ will also use a selection of cards called Corruption cards against the player. This will help keep gameplay fresh and unpredictable. For example, these enemy cards may increase the size of the zombie horde or other traps.

To get a good look at Back 4 Blood’s gameplay, check out the new campaign trailer below. Be warned though it’s rather gruesome!