The pair were first to reach the 13 points needed to win, and were followed by streamers ‘iHesi’ and ‘Ghost Bizzle’ in second, and Team Liquid’s pro duo of ‘Chap’ and ’72hrs’ in third place.

In order to best understand the recap of this tournament, make sure to brush up on the scoring format:

Zayt and Saf were both invited to play in this week’s competition because of their top performances in a previous Solo Showdown in-game event.

Although the pair were able to only win one of the tournament’s ten total matches, they were consistently putting up strong performances and taking advantage of the 5+ elimination point bonus.

They came into the tenth and final match sitting in third place with just ten points, but a dominant showing saw them not only win the match, but also get the two point bonus, putting them at 16 points and in first overall thanks to literally the last kill of the game.

The final match was full of twists, turns, and, in the case of iHesi and Ghost Bizzle, heartbreak. The pair thought they had clinched the championship by getting their fifth elimination, but their celebrations proved to be too early.

Although they finished just short, the third place duo of Chap and 72hrs had two match victories, including an intense final battle against FaZe Clan’s ‘Tfue’ and ‘Cloak.’

This $500K tournament was only the first of two for this week’s ‘Summer Skirmish’ event; the second tournament is scheduled to be played on July 21 but will feature a different group of competitors. 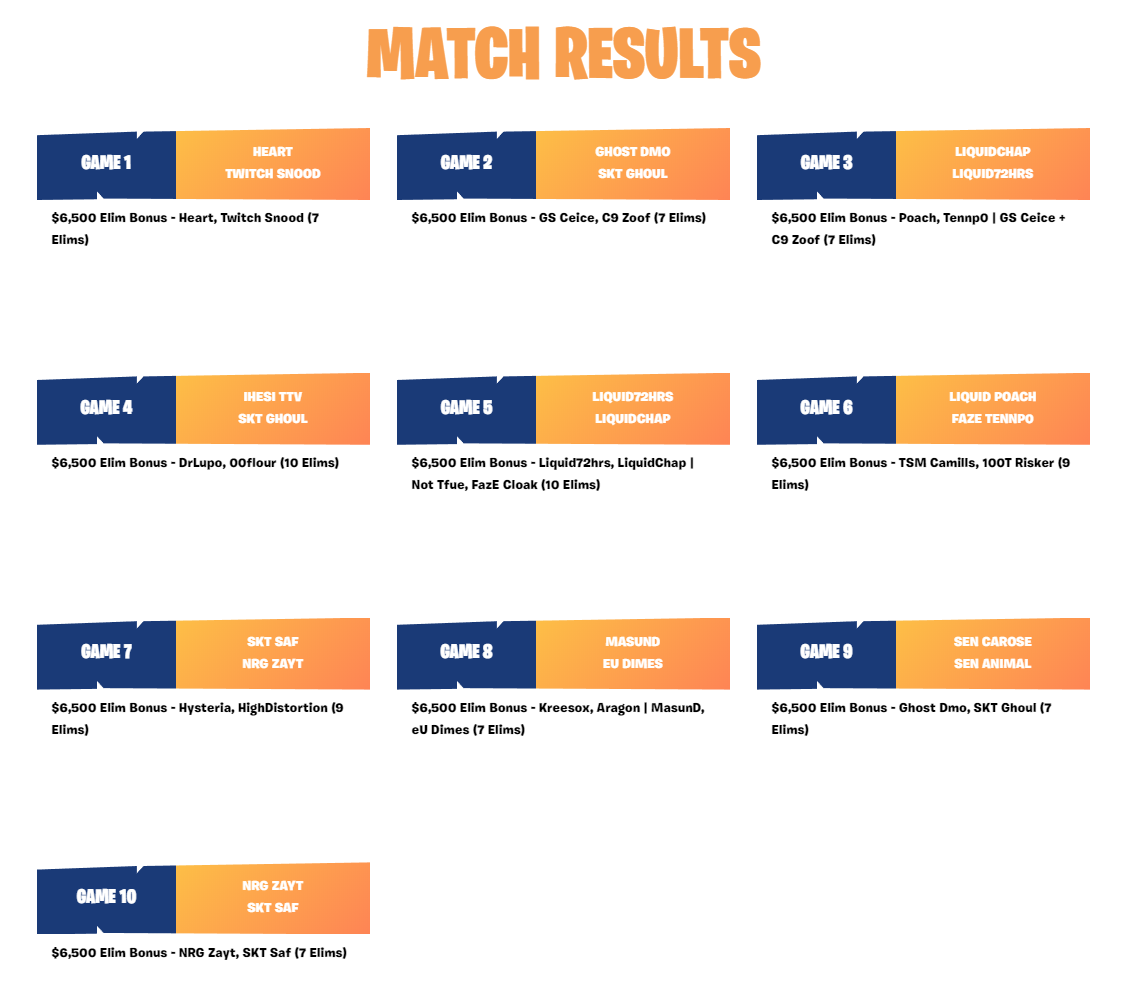 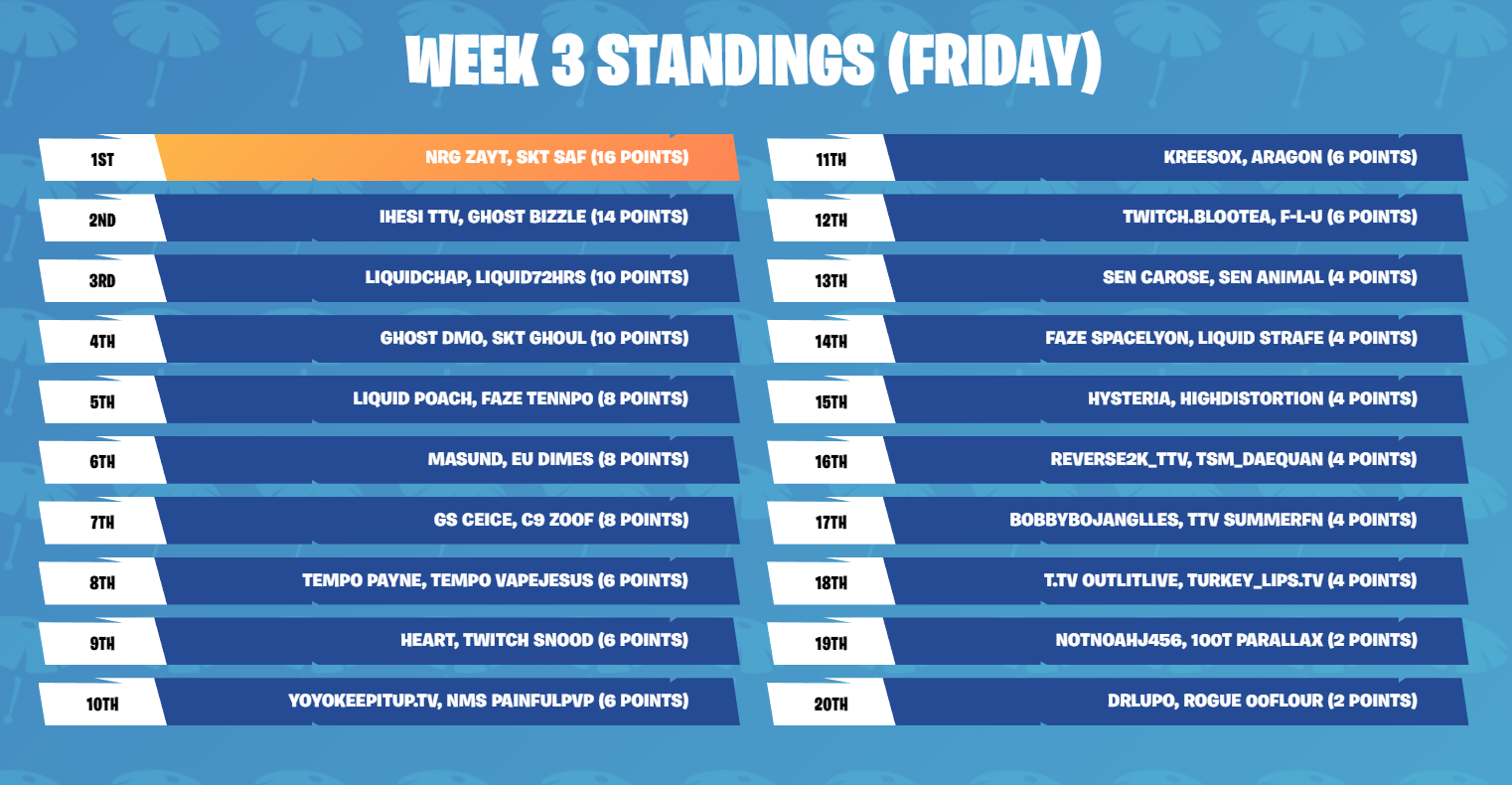 The full finalized placement list for all of the players who competed can be found by clicking the link below: