Epic Games are ramping up towards the beginning of Fortnite Season 3 and, of course, the end of Season 2. So, let’s run through the potential release date, what we know about the transition event between the two, and more.

Just like the first period of Fortnite Chapter 2, the current season has also been one of the longest in memory, following confirmation of an extension from Epic Games back in April. In recent times, regular players who jump from the Battle Bus have seen Travis Scott take over the island with an in-game event, alongside multiple teasers that hints towards the major ‘Doomsday’ event that is set to arrive in the coming days.

With so little time left before we see what the game’s developers have in store for us next, let’s run through the release date, what changes we could soon see and more.

The next major update was actually supposed to arrive on April 30, but that went out of the window when Epic announced an extension. When announcing the change in schedule, Epic Games claimed that they are planning on releasing Season 3 on June 4 – but that date has also now been scrapped.

It was announced on May 28 that to make sure everything was ready for the new season, they had to push back the date once again, with Season 3 then due to start one week later on June 11. However, an additional delay from Epic Games has pushed Season 3 back once more to a new date of June 17. 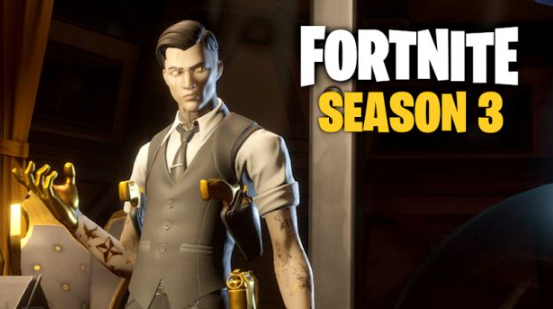 Season 3 of Fortnite Chapter 2 will kick off on June 17.

On June 6, Epic Games confirmed the delay, citing the team’s need to balance the Season 3 launch with “time for the team to focus on themselves, their families, and their communities”.

As seasoned veterans will know by now, there’s usually a transition event that introduces the changes. In recent times, we have seen events such as a battle between a beast and a robot, a seemingly never-ending black hole as we crossed over to Chapter 2, and more.

This time, we don’t know exactly what will be occurring during the event, but we do know what it’s called and when it’s happening.

What will happen at the end of Fortnite Season 2?

Hatches first began appearing in Fortnite as part of what fans called the ‘Doomsday’ event, which is now known as ‘The Device’.

On May 28, after announcing the delay of the start of Season 3, Epic Games also revealed that the event believed to be called ‘Doomsday’ was actually going to be called ‘The Device’. This is a one-time event that is now set to take place on Monday, June 15 at 2PM ET (11AM PT / 7pm BST) ahead of the Season 3 kickoff on June 17,so make sure you’re loaded up and getting into a game in time to see it take place.

We’ve seen quite a lot of things changing at the Agency, including the appearance of hatches in the water, as well as changes to the Battle Pass menus. Most recently, though, leaks have shown something hidden away underneath the Agency – as well as data mined images of broken walls. Some leaks have even suggested Rift Beacons may return – devices that caused mass map changes in Season X – and that could be what’s being hidden away.

Aside from the underwater hatches, which we don’t know if players will have to enter them at some stage, there’s also been a few swimming animations leaked – which tie in to rumors that the map will flood in Season 3. The leaked swimming motion, seen below, is a lot more advanced than those that were discovered in the internal files during the Travis Scott event.

Will show more when everything else is done pic.twitter.com/MHlYkjGtVS

As you can see, the animation has developed significantly since we it was first leaked.

Another clue about an island flood has been mysterious puddles popping up around the map, too.

Members of the community thought this might be the first official teaser for the drastic event that could see water take over Battle Royale game mode, although nothing has been confirmed just yet.

(Second Image) Puddles are now appearing around the map…. credit @fnbrleaks on twitter from FortNiteBR

With the Agency and other locations having undergone small changes throughout Season 2, it remains to be seen what will unfold in the game’s next major update. So, we’ll just have to wait and see in regards to what’s coming up.

We’ll continue to update this article with more information when it’s been made available. Until next time, search for clues yourself when you drop into the game!