The official Twitter account for UNO has hilariously called for Epic Games to keep the v8.20 update in Fortnite, after a host of popular streamers started playing UNO instead.

On March 28, a host of the most popular Fortnite Twitch streamers – Tyler ‘Ninja’ Blevins, Timothy ‘TimTheTatman’ Betar, Marcel ‘BasicallyIDoWrk’ Cunningham and Jack ‘CouRage’ Dunlop – switched to streaming UNO together, partly due to their collective lack of enjoyment in Fortnite after the v8.20 update.

The update, which removed a number of popular changes implemented in Season 7, such as 50 HP bonus on elimination and an increased farming rate, has led to significant complaints from the Fortnite community, that squads are boring after the update. 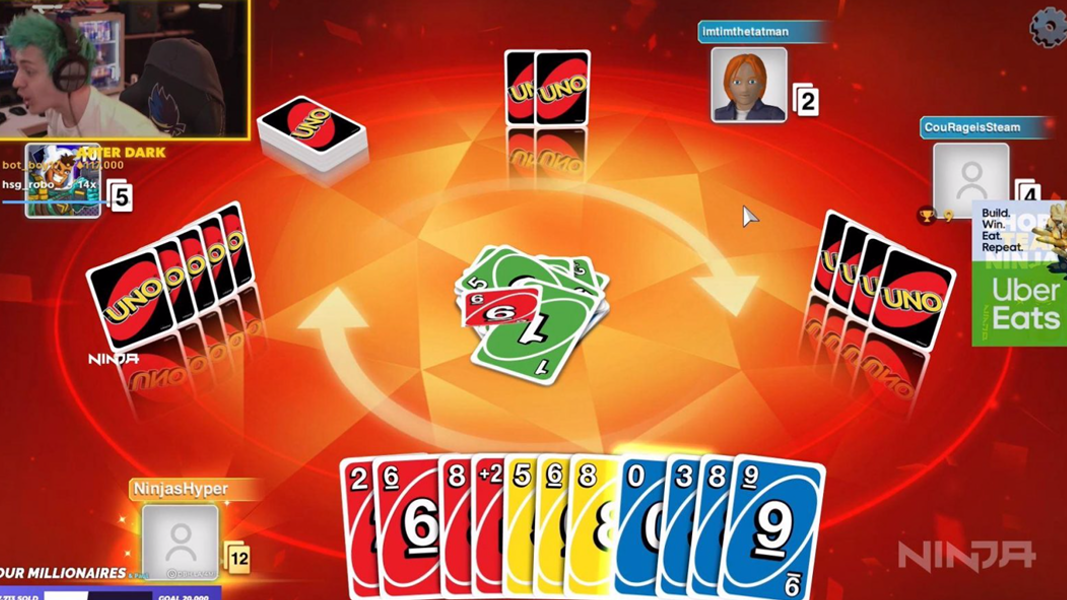 Due to the popularity of their streams, UNO likely experienced a surge in popularity as viewers flocked to watch (and subsequently play) the online version of the popular family card game.

In response to a clip from TimTheTatman’s stream of the group playing their game, the official UNO Twitter account replied to mock Ninja’s cards, saying: “you got quite the card collection going there.”

Later on March 29, KFC Gaming replied to a Fortnite tweet about updates with an image of the UNO ‘Reverse’ card, and the caption: “Time to revert the update.”

This prompted the official UNO account to take aim at Fortnite and comment again, this time simply with: “They can take their time.”

They can take their time.

Although UNO’s tweets are clearly tongue in cheek, their jokes about capitalizing on the unpopularity of Fortnite’s recent updates fit with wider community complaints about the removal of some of the game’s most popular features.

There has, at the time of writing, been no official response from Epic Games related to the update’s backlash.