TSM Fortnite pro Daequan ‘Daequan’ Loco made his long anticipated return to Twitch on August 9, and had a hilarious first encounter with the new B.R.U.T.E Mechs, which have been widely criticized as overpowered.

TSM Daequan has long been one of the most prominent creators in the Fortnite community, amassing over 5 million YouTube subscribers and 3.5 million Twitch followers. He had taken an extended break from streaming due to ill health, but made his return on August 9.

Despite not having played Fortnite (at least publicly) for a while, Daequan was quick to prove his talent for Epic’s battle royale hasn’t gone anywhere. However, he was momentarily ‘outclassed’ by one of the game’s Mechs, leading to a moment of hilarity. 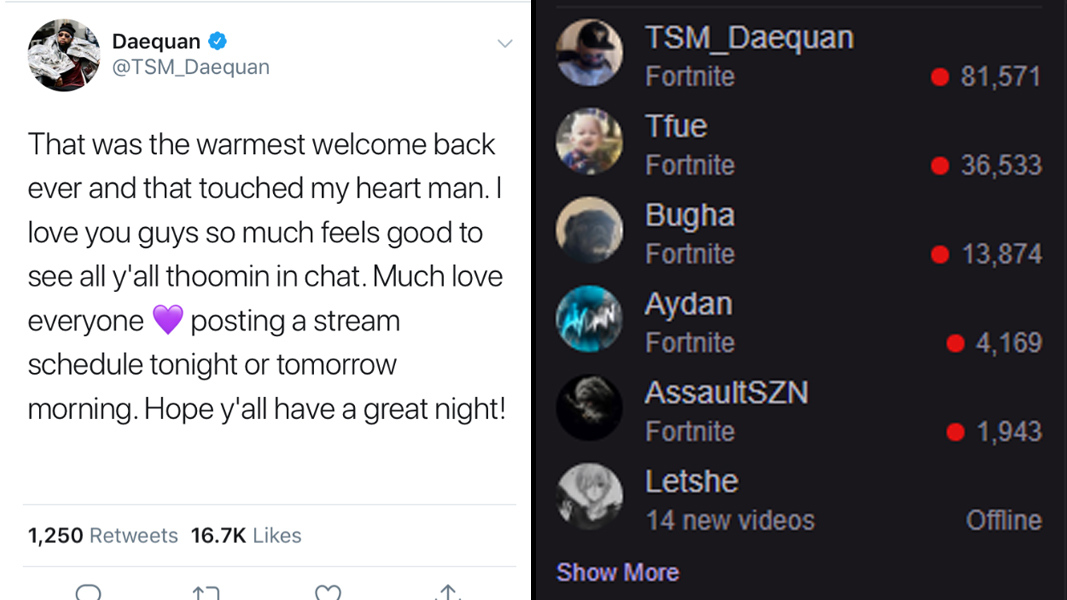 Daequan’s Twitch return saw him top the list of Fortnite streamers, by a long way.

The B.R.U.T.E Mechs were added at Season X’s inception, but have quickly been denounced by the majority of the community as overpowered. Not only do they have 1000HP, but also offer a protective shield to the Gunner, a stomp mechanic capable of dealing 70 damage and a shotgun and missiles to fire.

Daequan has not publicly played Fortnite since their introduction, and a moment of disbelief occurred when he finally encountered one.

Landing at Fatal Fields, Loco didn’t seem to realize there was one nearby. He looted up and racked up a few kills, before his house – and health – was quickly demolished in the kind of clip that has made the Mechs so unpopular.

The player is subsequently boogie-bombed out of their mech; one of the very few counters mechs currently have in Fortnite. Nonetheless, they racked up a ridiculous 8 kills their short-lived rampage. 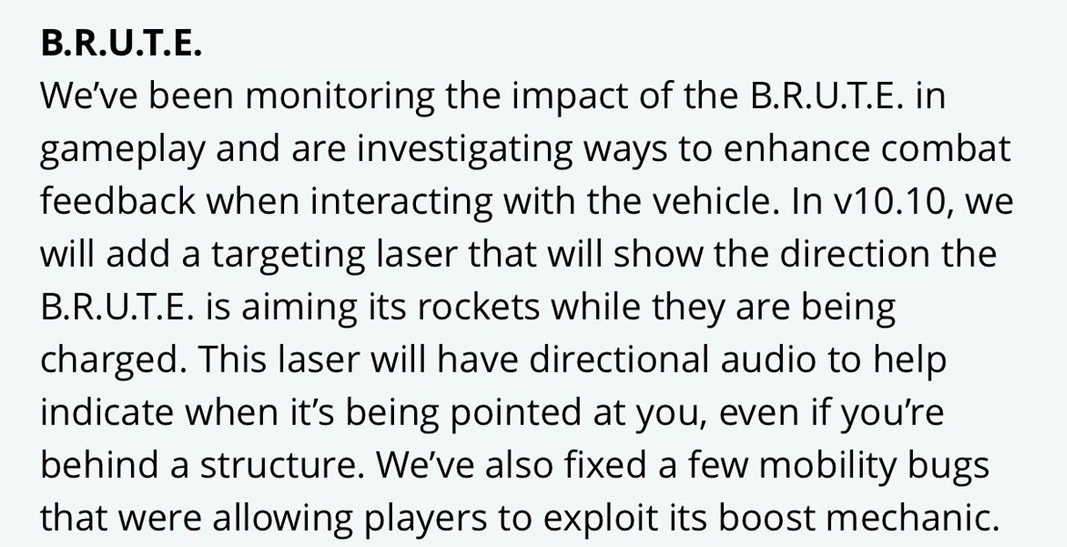 The ‘nerf’ to BRUTEs was slammed by the community.

It comes on a day when the majority of Fortnite players lashed out at Epic for the Mech’s inclusion, and their failure to remove them despite two weeks of community complaints.

The hashtag ‘RemovetheMech’ was trending worldwide, following Epic’s nerf to them in the latest competitive update. Despite the nerf, many condemned it as being insufficient, and called for their removal from the game, or placement in a LTM.

Epic have not yet responded to the backlash, and have not provided a statement beyond their August 9 Competitive Update.

Judging from his first encounter, Daequan is one of many who wants to see the Mechs significantly nerfed, or even removed.