Top 10 vaulted Fortnite weapons or items we want to return

Brought to you by Fortnite Battle Royale Collection Mini Figures from Moose Toys, which you can discover more about here.

While the Fortnite Battle Royale vault continues to grow with each passing update, Epic Games is no stranger to bringing items back after taking time to readjust them.

Fortnite’s vault started out incredibly meager with just seven weapons and items locked away during the first year of release.

In the last five months alone, however, the vault has ballooned to include almost 30 items and weapons, with many of them being fan favorites.

Since Epic Games has been known to bring some things back from the dead, we’ve come up with the top 10 weapons or items we’d like to see make a triumphant return. 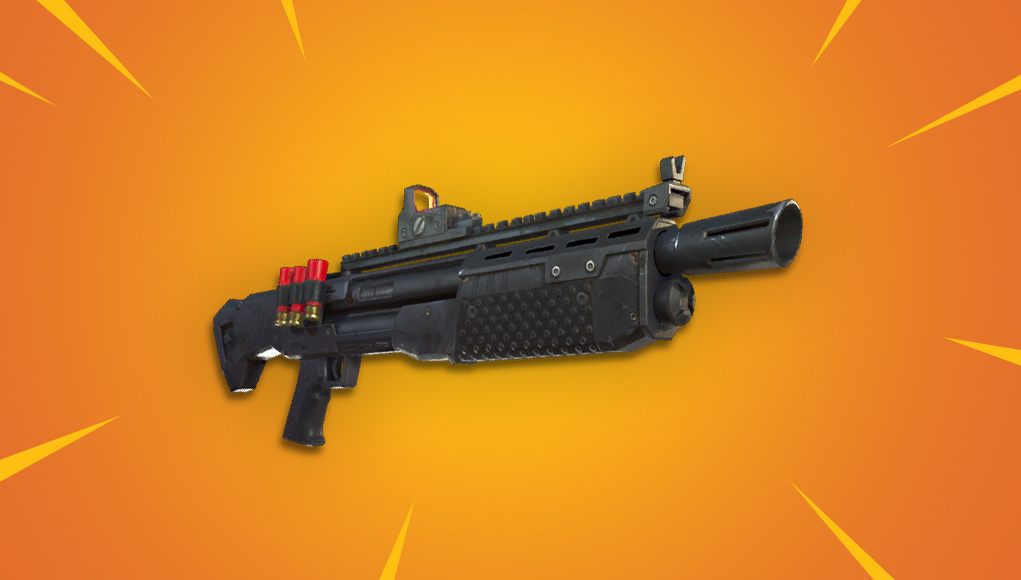 While the Heavy Shotgun entered Fortnite in a bit of an overpowered state on March 22, 2018, the weapon saw a number of balance changes that brought it in line with other shotguns in the game. As such, it quickly became one of the go-to shotguns for many players.

As long as Epic Games is able to keep this weapon balanced, there’s no reason it can’t make a return in the near future. 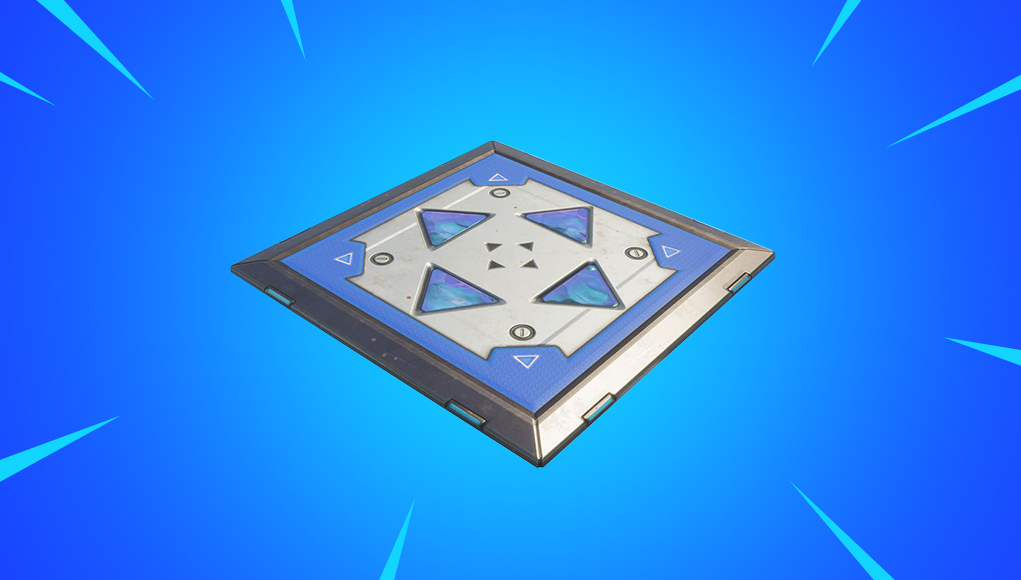 The Bouncer only saw the light of day for a few months before it was thrown into the vault, but it’s a decision that still haunts many Fortnite fans to this day.

Allowing for tons of mobility, Bouncers factored into many player’s strategies as it gave them the ability to easily make rotations in the late game, leading to plenty of high-octane finishes to games. Things simply haven’t been the same since the Bouncers got locked away. 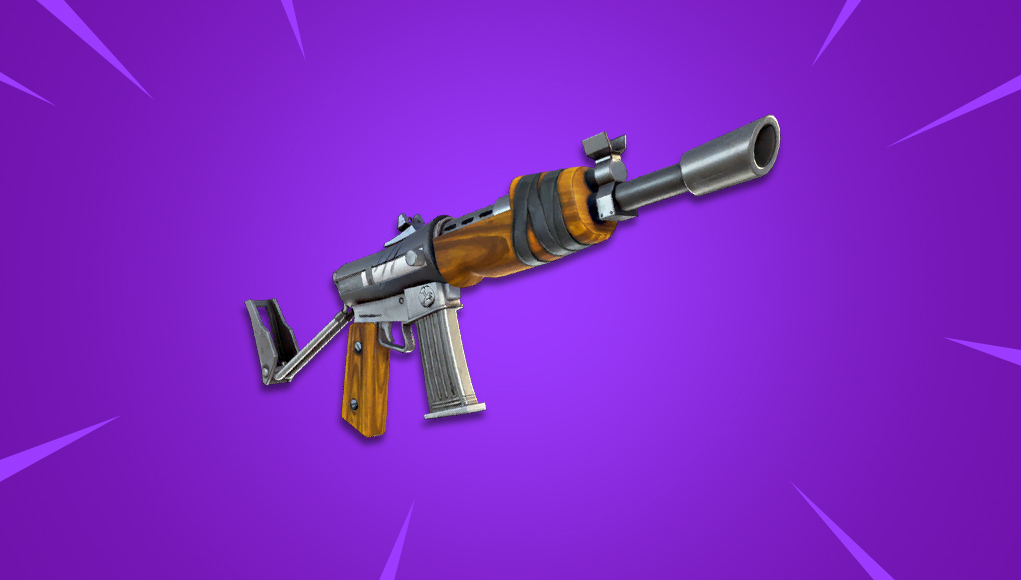 The Burst Assault Rifle was vaulted on January 8, 2019.

Despite being one of the original weapons that launched with Fortnite back in September 2017, every variant of the Burst Assault Rifle was vaulted over the course of three weeks in January 2019.

While the standard Assault Rifles are still available, the Burst had become the preferred weapon of many players over the course of Fortnite’s lifespan. As one of the main staples of Fortnite, it would be a shame if this weapon never made a return. 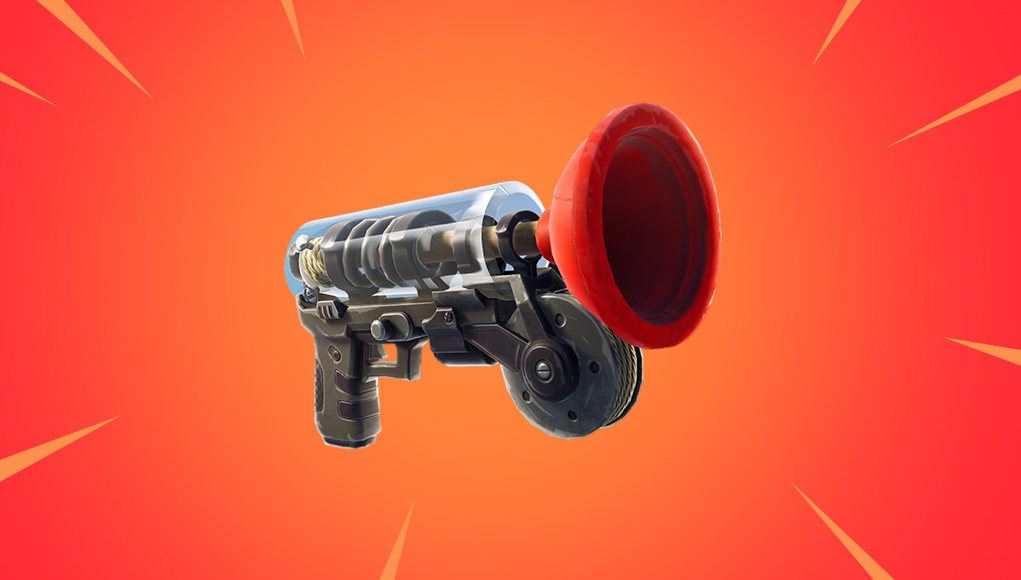 Much like the Bouncer, Grapplers were frequently used in many player’s loadouts as it allowed players to (literally) reach new heights and increased the overall mobility of the game.

While there were balance issues and a pretty nasty bug that had been discovered in the days leading up to the item’s vaulting, this is one item that many would love to see return at some point down the line. 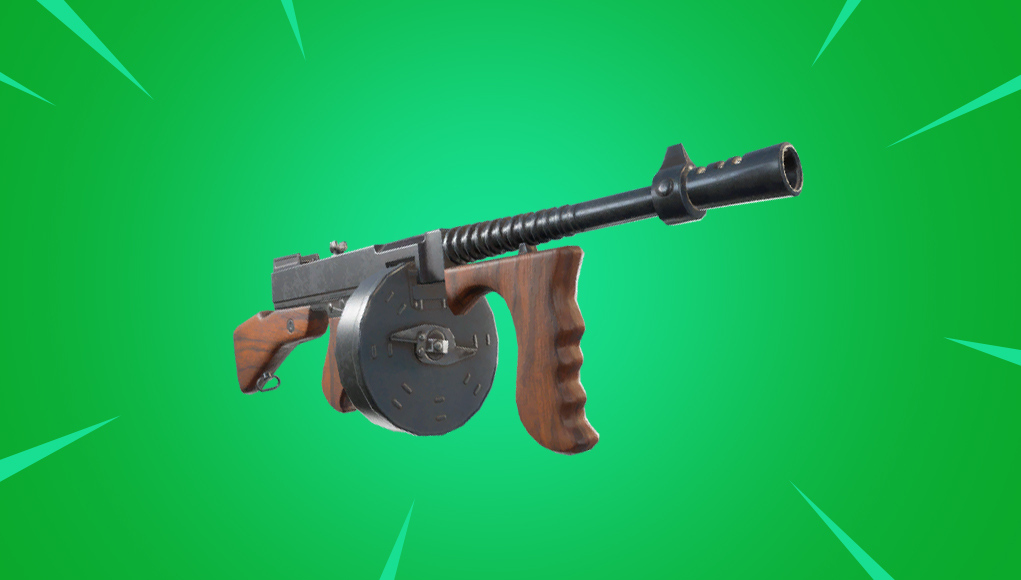 The Drum Gun might have been a sore spot for many players prior to its vaulting, but given the increased prevalence of defensive play in the current Fortnite meta, bringing the Drum Gun back could lead to more aggressive playstyles.

The infamous weapon would surely need some fairly major tweaks to prevent it from returning to its previous overpowered state, but it could end up being a breath of fresh air for what’s becoming an increasingly frustrating meta for many players. 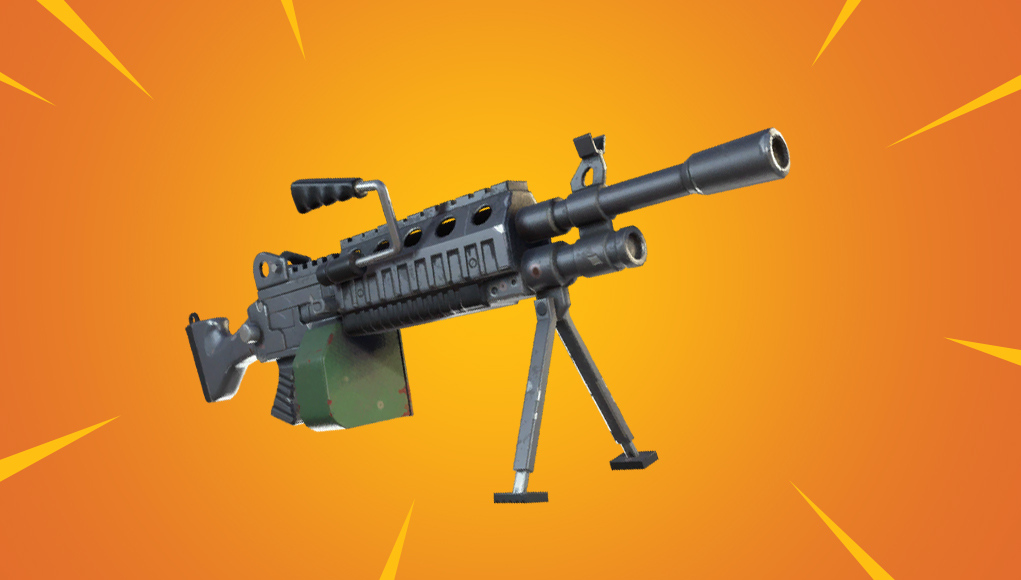 Now, it’s true that the LMG was quite a terror prior to being placed in the vault due to the fact that it could shred through structures with relative ease. With some tweaks, however, it could easily find a new place in the current Fortnite meta.

The best possible route to bringing this back would be to simply swap it with the Minigun, which hardly sees any use at the moment. Balancing the LMG to be a perfect middle ground between the Minigun and pre-vault LMG could give new life to the vaulted weapon. 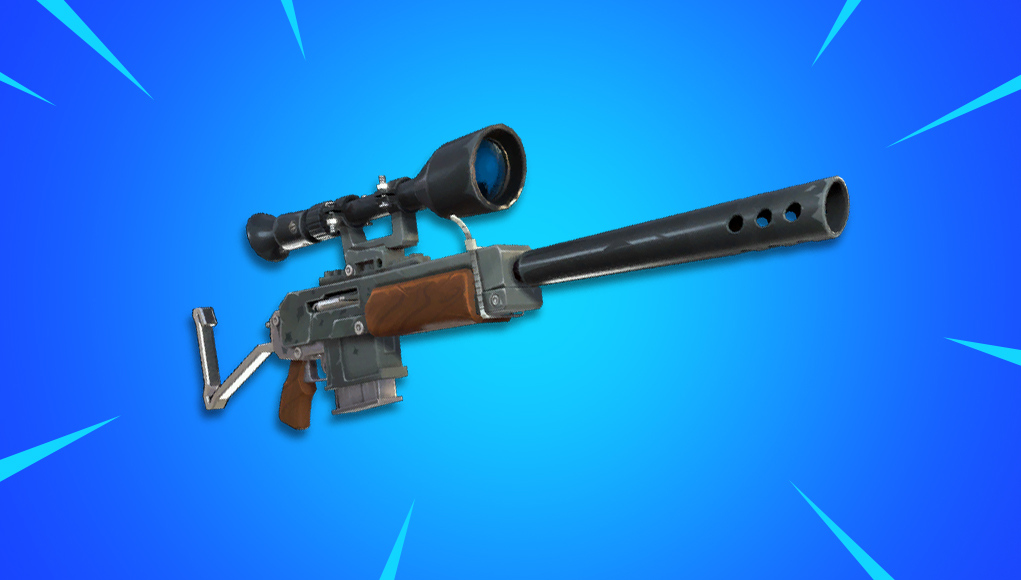 While some of the other sniper rifles in Fortnite Battle Royale frequently stole the show, there could certainly still be a place for the Semi-Auto.

One of the biggest issues with this particular sniper was that even a headshot didn’t deal enough damage to kill an enemy with full health and shields. This could be remedied if the weapon received a buff to its headshot multiplier that gave it enough power to overcome full shields.

The base damage could be left alone so as not to make it too strong, but a higher headshot multiplier could be just what is needed to bring glory to the rarely used Semi-Auto. 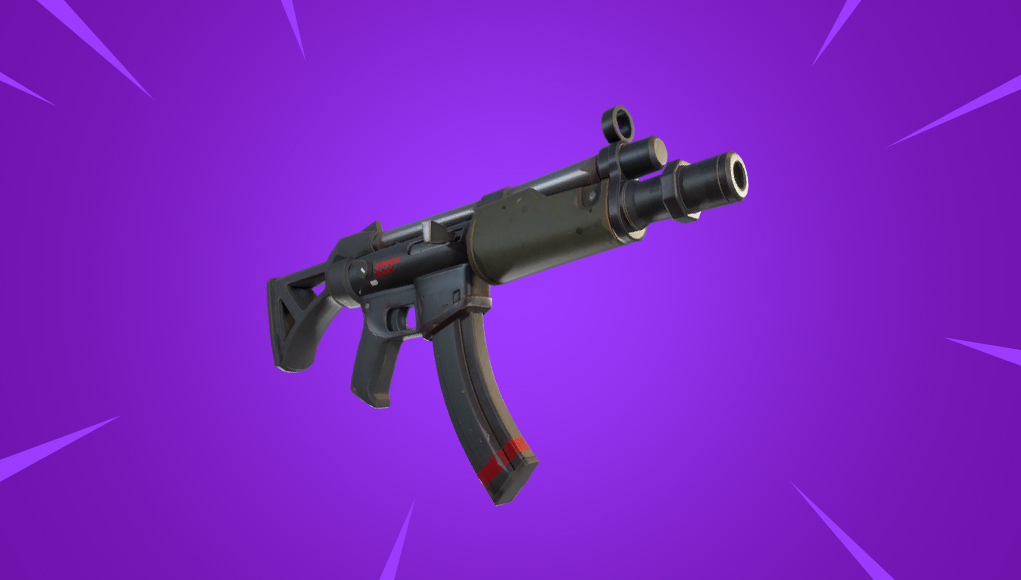 Sure, the Compact SMG is still in the game, but given that it only comes in Epic and Legendary variants, it can be a bit hard to come by. Not only that, but the Suppressed SMG simply doesn’t perform as well as the classic SMG.

Since an SMG is mainly used for close-range gameplay, there’s not much need to be stealthy with a suppressed version of the weapon. Simply swapping out the Suppressed SMG for the classic SMG seems to be a no-brainer at this point. 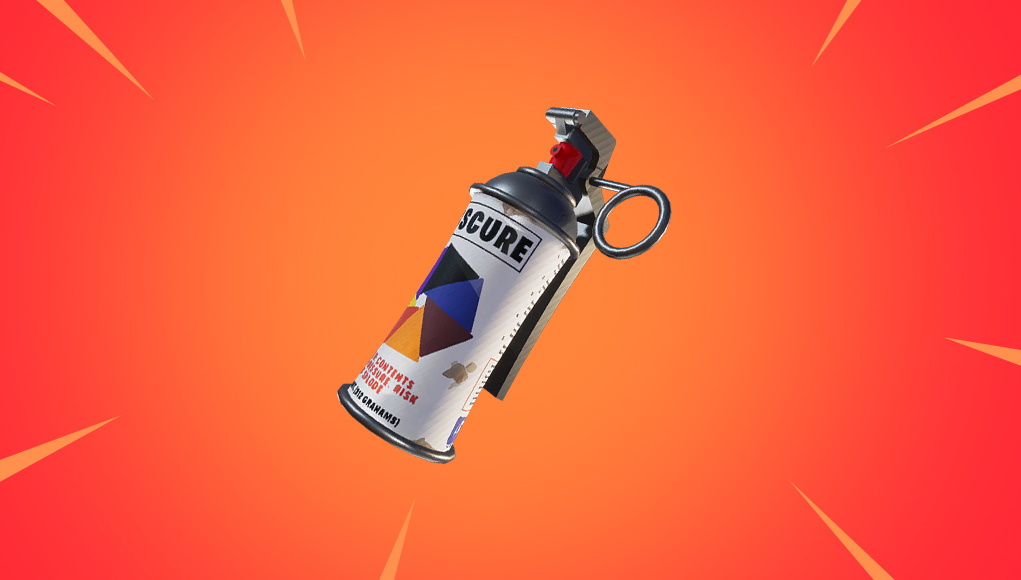 While many saw the Smoke Grenades as one of the most useless items in the game, it’s possible they could find a healthy place with a massive overhaul.

One of the main issues is that the item takes up a precious spot in your inventory. If Epic Games were to create a separate ‘Throwables’ category that included Grenades, Boogie Bombs, and any other item that is thrown, the Smoke Grenades could easily find use.

Creating a new category in player’s inventories – much like how traps don’t take up a weapon slot – would allow plenty of diversity in what new items Epic could add without forcing players to give up weapons to use them. 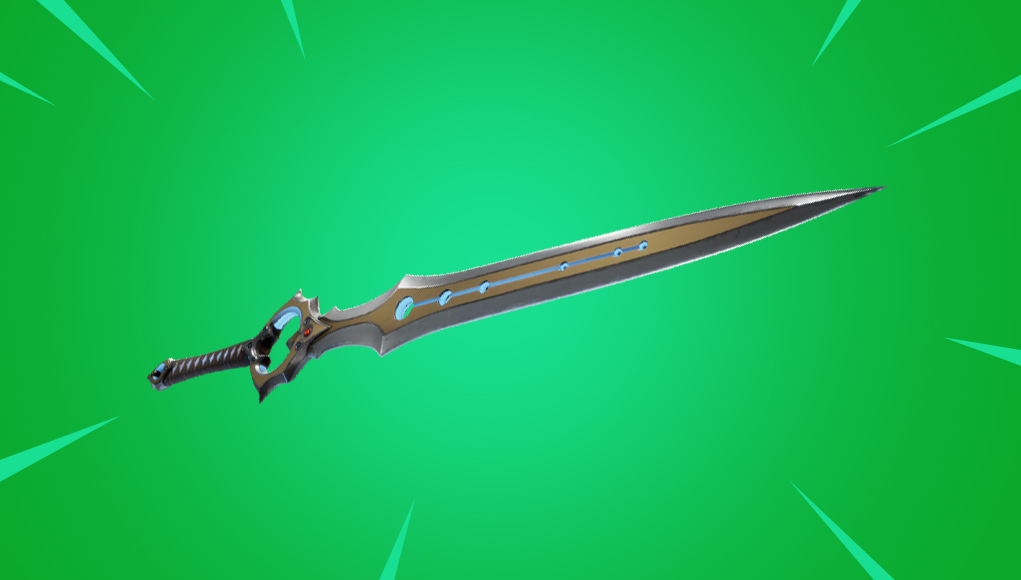 Before anyone overreacts, our suggestion here would be to bring the Blade out of the vault and place it into its own game mode similar to the popular Infinity Gauntlet limited-time-mode featuring Marvel’s Thanos.

There’s no denying that the Infinity Blade was far too overpowered to be in normal game modes, but a playlist dedicated to the powerful weapon could certainly appeal to a large section of the Fortnite community.  Epic Games could even give every player in the playlist an Infinity Blade to make things even more chaotic.

As long as it’s kept far away from normal game modes, there’s no reason why the Blade can’t come back to Fortnite one day.