These Dragon Ball Z Fortnite skins are so cool, that Ninja would pay $100 for each - Dexerto
Fortnite

These Dragon Ball Z Fortnite skins are so cool, that Ninja would pay $100 for each

Fortnite concepts can be found a dime a dozen all over Reddit and social media, but sometimes one emerges that stands out above all others.

This is referring to the recent project completed by the artist known online as ‘Ryai,’ who has created a series of Fortnite concept skins themed after the popular Japanese anime television series Dragon Ball Z.

The concept Ryai has presented, called Universe Warrior, features three Dragon Ball Z themed outfit skins, all of which have their own unique properties.

While the skill with which they’ve been drawn is commendable in its own right, the more impressive aspect of this concept is the fact that these skins are dynamic and change shape after a player using them gets a certain number of eliminations in-game.

According to the image, once a player gets four eliminations, their in-game character goes into a mode called ‘Super Saiyan,’ which involves a considerable change in its appearance. 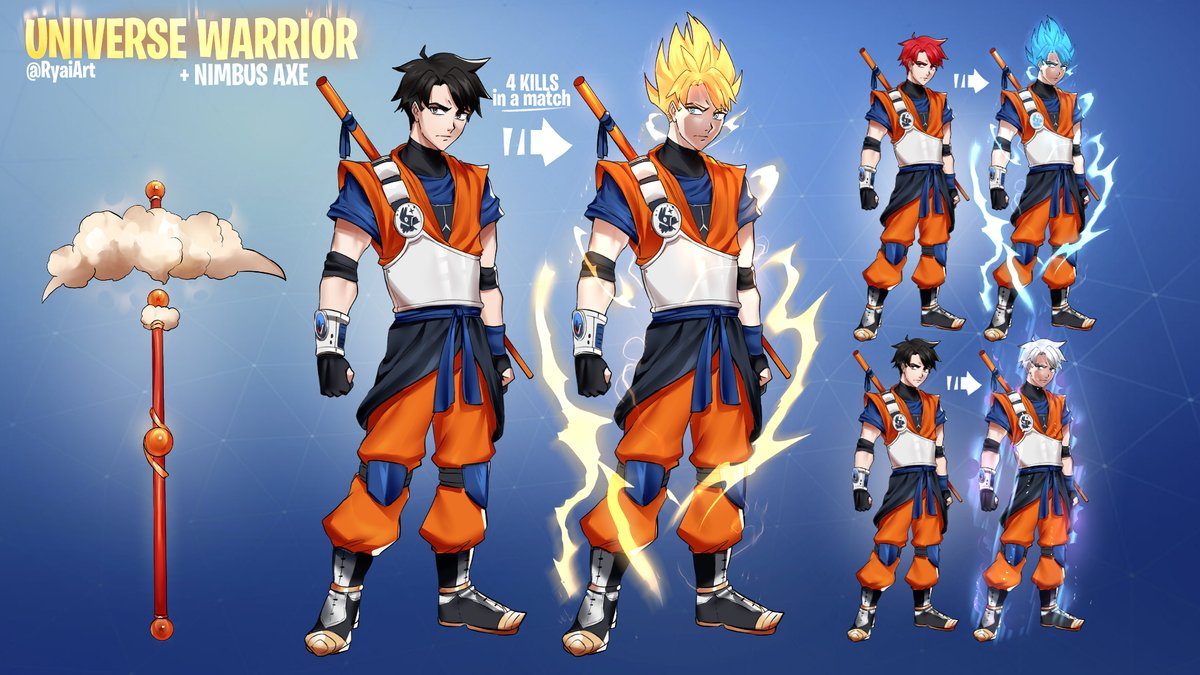 For those who are unfamiliar with DBZ terminology, Super Saiyan refers to an advanced transformation that certain characters in the series assumed to achieve great power.

The different Super Saiyan forms shown in the concept reflects the fact that characters in DBZ could reach different levels of the form, some stronger than others.

While some of the forms in the image theoretically outweigh the others, these changes are purely cosmetic and would simply depend on which character skin the player chooses to equip.

Not to be forgotten, the Nimbus Axe pickaxe is also very symbolic, since it combines the legendary Flying Nimbus cloud with the equally iconic Power Pole, both staples within the DBZ lore.

This Dragon Ball Z concept caught the eye of prominent Twitch streamer Tyler ‘Ninja’ Blevins, who expressed strong admiration for the work in his tweet.

He even tagged the official English and Japanese Fortnite Twitter pages, and remarked that he “would pay $100 for these skins MINIMUM,” should the concept become reality.

I would pay $100 for these skins MINIMUM @FortniteGame @FortniteJP https://t.co/A9ED4y7Cwm