The Construction Work At Fortnite’s Tilted Towers is Now Complete

The construction work at Tilted Towers to replace the building destroyed by a meteor at the end of Fortnite’s Season 3 is finally finished.

All the construction equipment and scaffolding has been removed, and a new building now stands in the middle of Tilted Towers.

The building has four stories, and is decorated with the balloons from Fortnite’s birthday event. There are also two giant fish plaques on the walls outside, although it’s unclear what the purpose of this building actually is. 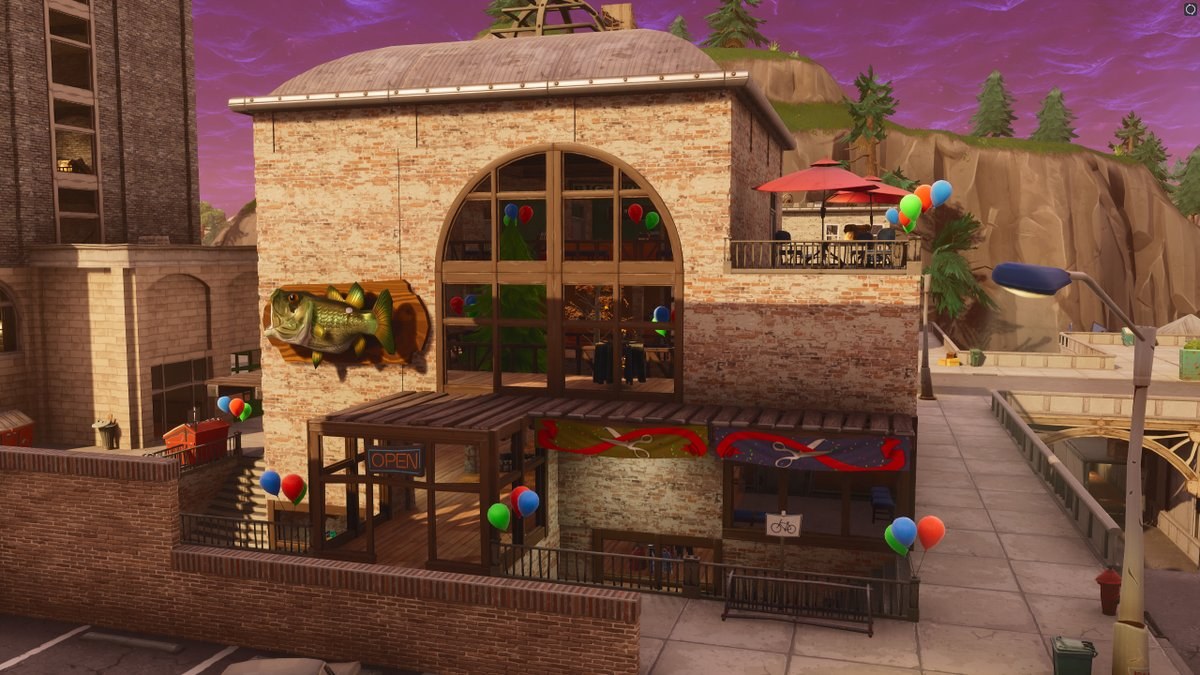 The building that previously inhabited the space was a large four story building that was destroyed when a meteor crashed into it, leaving nothing but some wreckage and a massive crater.

While construction work was on-going to replace the building, players were able to get under the site, as an underground level opened up. It seems that the the underground level remains, but is now part of the new building.

The change at Tilted Towers has been included in the new V5.40 patch that released for Fortnite on Thursday, September 6. There have also been updates to Dusty Divot, which is now Dusty Diner, and the new Grappler item has officially been released.

The new building is live right now, so hop in the Battle Bus and go take a look!