Tfue tilted after getting stream sniped by Fortnite hacker

Turner ‘Tfue‘ Tenney, arguably the biggest content creator of Fortnite Battle Royale in the world, was not happy after a hacker made a point to stream snipe him, and not for the first time.

There is no name that’s more closely tied to Fortnite than Tfue, whose incredible rise to prominence over the past two years has turned him into a household name in the online gaming world.

He has made it clear, however, that having that massive of a platform does have its down sides, such as having to face the constant threat of getting stream-sniped.

Stream-sniping took center stage again in one his recent streams, as an enemy player clearly using an aimbot hack found and eliminated him, and it apparently wasn’t even the first time that specific hacker had followed him.

“‘You should have watched him.’ Why? It’s the same kid. He has aimbot. I watched him kill 20 people last night, what’s the point of me watching him kill 20 more people. All he wants is f*cking attention dude. He wants nothing more than for me to f*cking go watch him have no skill at this video game.” 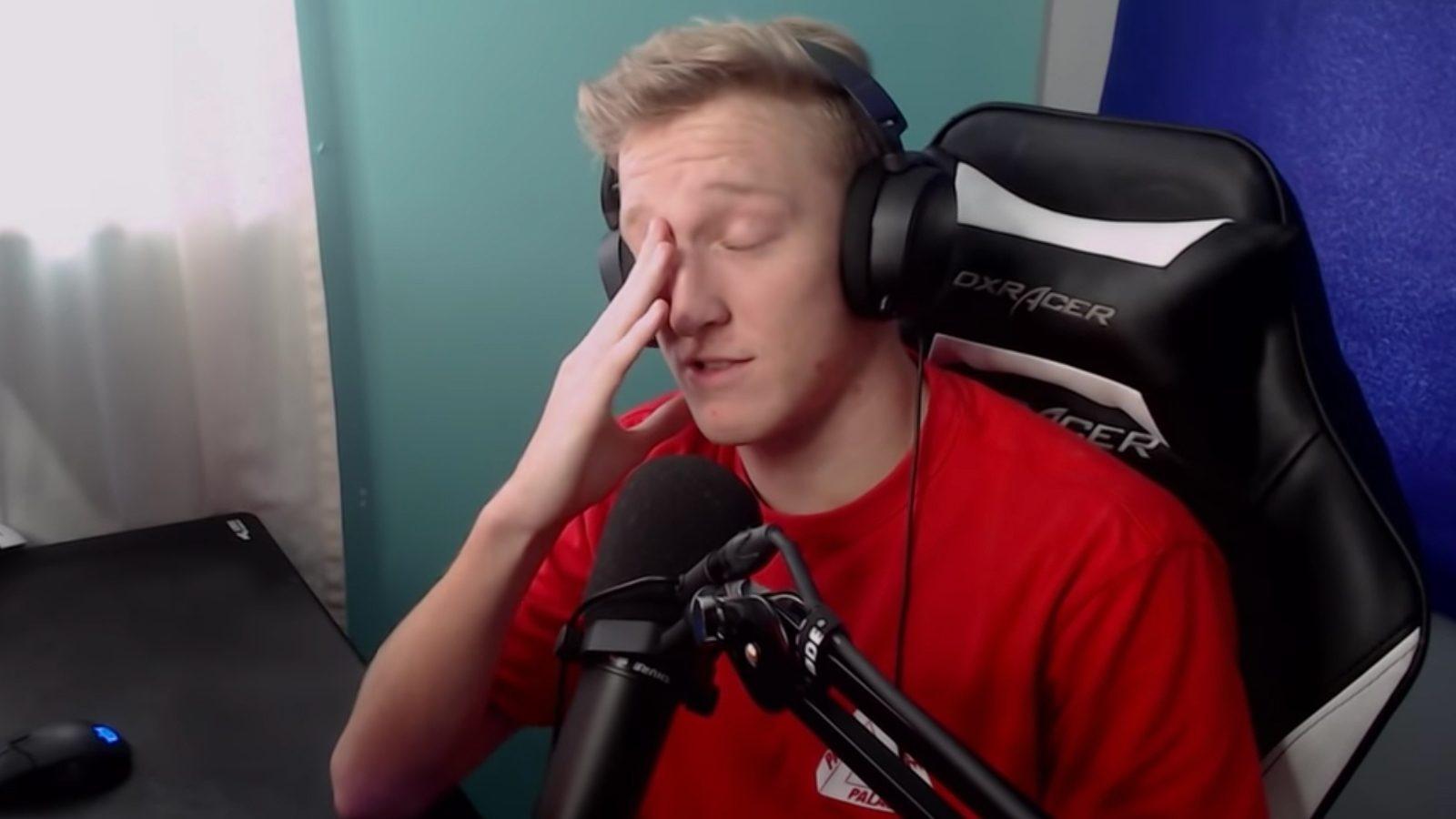 Stream sniping is something Tfue has to deal with virtually on the daily.
[ad name=”article3″]

While no one has ever doubted that Tfue has to constantly deal with stream snipers, some have said that he complains about it too much, which was a point the former FaZe Clan star mocked moments after getting beamed out.

“‘Tfue you complain too much though, honestly,'” he jeered. “‘Why do you complain dude? Tfue, all he does is complain!'”

He wrapped up the conversation by coming to terms with the fact that facing stream snipers comes with the territory of being a “giant streamer,” which he claims isn’t all that it’s cracked up to be.

“It will never stop,” he said. “Being a giant streamer may seem like the greatest thing ever, but, believe it or not, there are a lot of cons.”

Unfortunately, as evidenced in the clip above, developers Epic Games have not been able to completely stop stream snipers and hackers plaguing their popular battle royale title, despite their best efforts.

Thus, top streamers like Tfue, Ninja, NICKMERCS, and others have really no other choice except to put up with what is likely a very frustrating aspect of their content creation.