Twitch streamer Turner ‘Fortnite to get a vantage point on a player anywhere on the map.

Epic Games have been making a ton of changes to their battle royale. While some additions have been well-received by the community, others like the B.R.U.T.E.s haven’t been the most popular element in Season X with players.

Another imposing addition to the battle royale island comes in the form of a Frozen Meteor hanging right above Factory, where players can stand on, loot, and sometimes use it to their advantage when trying to take out their foes. 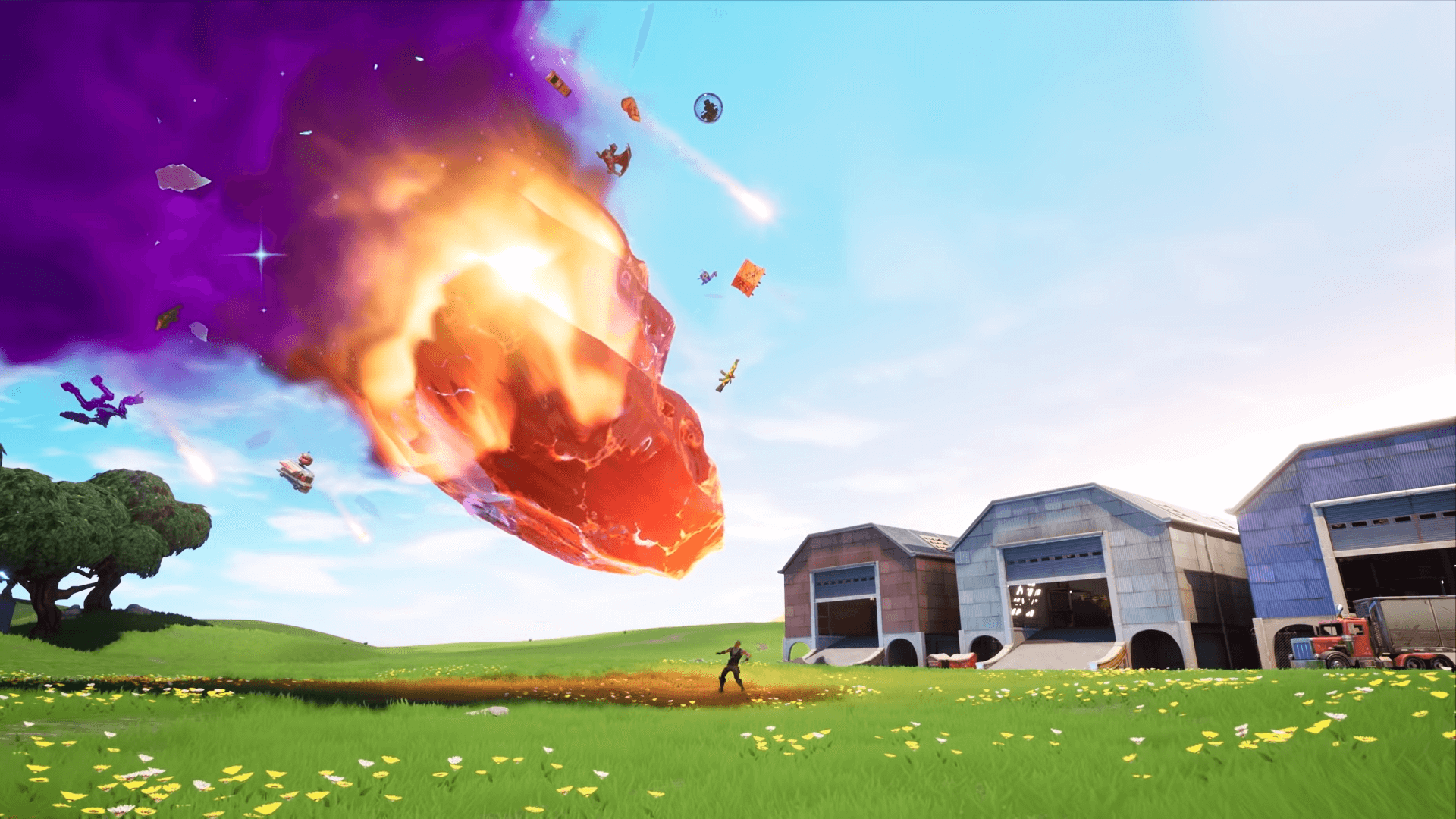 The Frozen Meteor can be used for tricky plays.

Tfue was shown a sweet spot in the battle royale when playing with longtime friend Dennis ‘Cloakzy’ Lepore and Team Liquid’s Thomas ‘72hrs’ Mulligan during his Fortnite stream.

The trio narrowed to a duo as surviving members Cloakzy and Tfue thought up of the best way to pick off players from the remaining pool of nearly 60 combatants when they landed on a good ol’ fashion skybase with a twist.

The streamers thought to ramp up along the smoke trails of the Frozen Comet to be shrouded in its plume while seeing if they could get a shot on anyone down below.

It was only after they reached “height limit” when they hunkered down just to immediately see an opponent 263 meters away. With the vantage point, Tfue and Cloakzy had a clear shot at the foe, since they were so high up they could look right into the top of their build.

Downing the player only took a coordinated double snipe shot from Tfue and Cloakzy to show that the OP spot can actually churn out results.

Even though they were eventually snuffed out of their spot when the zone started to close, it was a hilarious and successful experiment to find one of the best spots to snipe in Fortnite.