Tfue loses it over stream snipers targeting him in Fortnite

FaZe Clan’s Turner ‘Tfue’ Tenney made it clear how frustrating he finds Fortnite stream snipers, in a hilarious moment from his Twitch stream on March 23.

Since Epic Games’ third person battle royale exploded in popularity in late 2017, its Twitch viewership has been incredible; setting the record for the most watched Twitch event ever on a single creator’s channel, when over 600,000 viewers tuned in to watch Tyler ‘Ninja’ Blevins stream with Drake.

However, with this incredible Twitch following another issue has become prominent: stream sniping. Epic Games has already added several features to the game in order to combat stream sniping, such as a ‘Streamer Mode’ – which attempts to grant anonymity to streamers so they cannot be deliberately targeted in game. 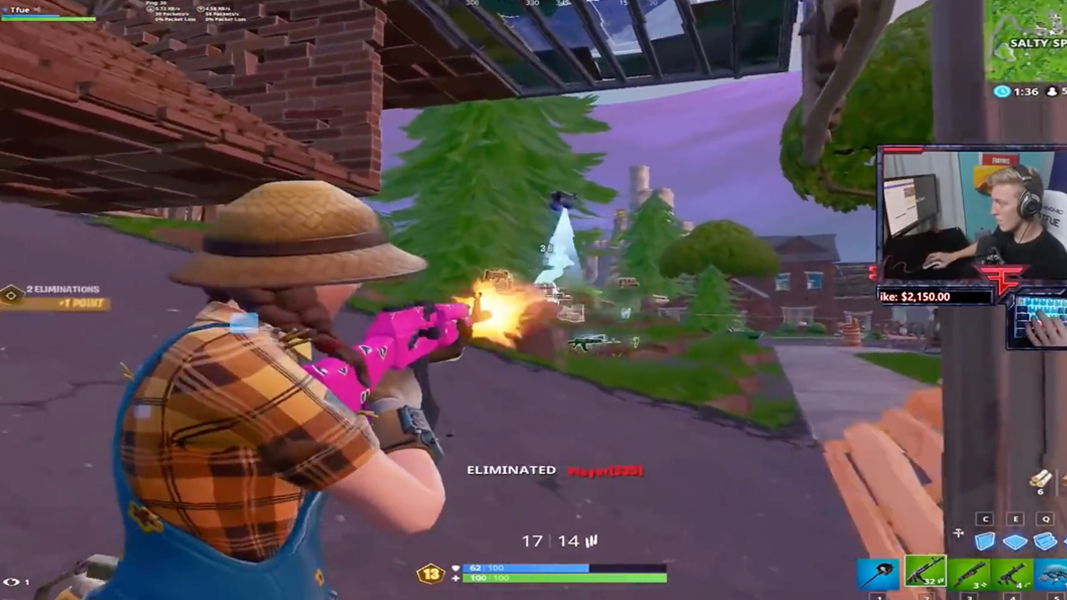 Despite playing with streamer mode on, Tfue has still been targeted by stream snipers.
[ad name=”article2″]

Epic have recently faced calls from prominent community members, such as Ninja, to work on combatting stream sniping and implement measures to make it more difficult. Now, Tfue has voiced his frustration with stream snipers in an amusing Twitch clip, after he was targeted numerous times by opponents.

“Oh my god bro,” Tfue starts. “What the fuck are these kids doing? That’s Tfue there he is.” He goes on to mimic machine gun fire and the in-game spamming he receives from players trying to eliminate him.

He concludes his rant by saying that stream sniping is “disgusting”, and that “you can’t make this shit up.”

Although there is an obvious funny side to Tfue’s rant, it is clear how frustrated he is becoming with the nature and volume of stream snipers in Fortnite, and wants to see changes made soon.