Tfue in disbelief as entire Fortnite lobby stream snipes him

Popular Fortnite star Turner ‘Tfue’ Tenney was shocked after finding a whole army of players had stream sniped him during a game of Duo’s.

Stream sniping has become one of the biggest problems for streamers who want to play online games for their audience and most streamers take preventative action such as setting delays on their stream.

Although, it is often that streamers will just deal with whatever comes their way in terms of stream snipers, such as in the case of Tfue, who has been a constant target for stream snipers while playing Fortnite. 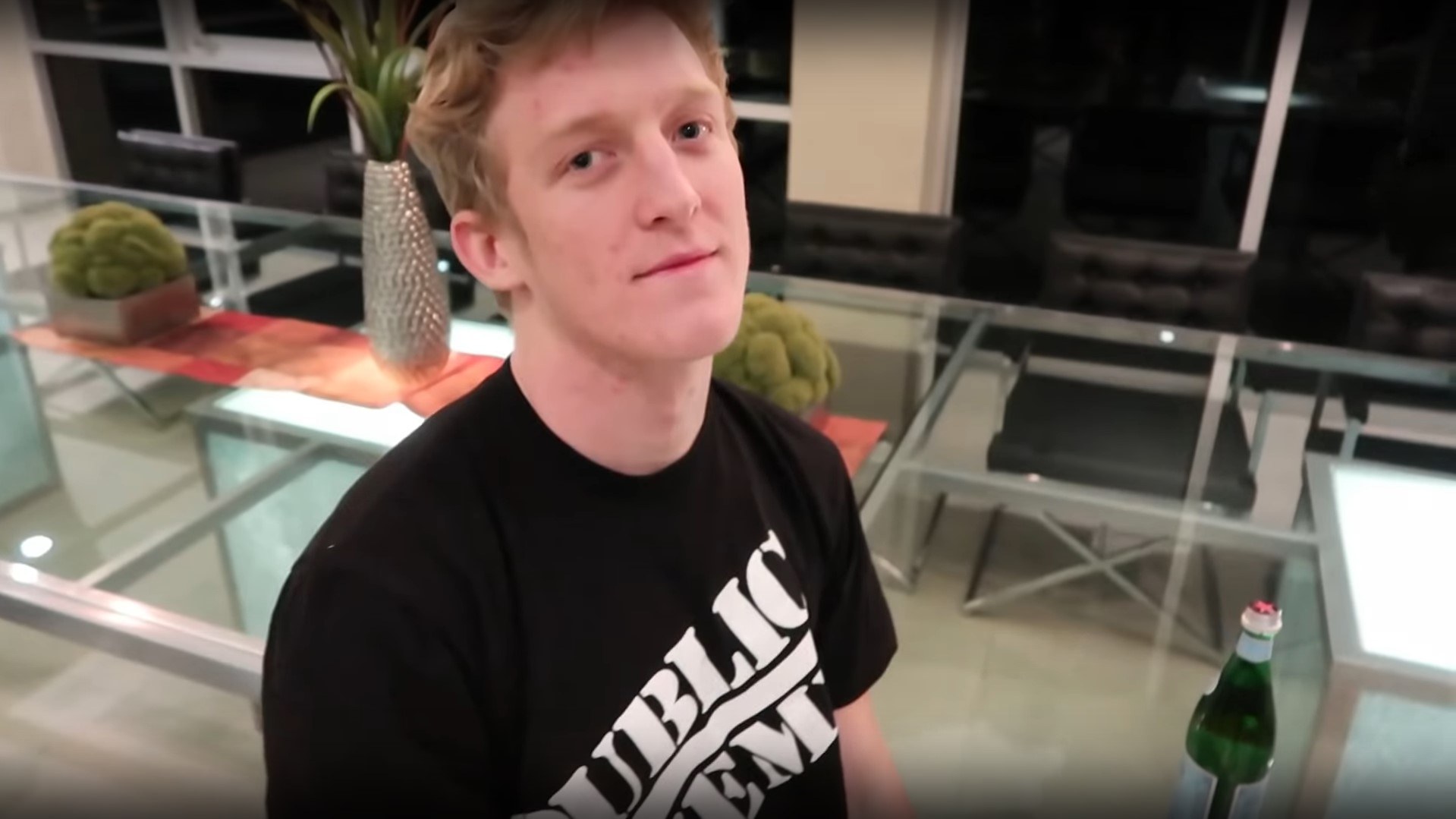 Tfue is one of the most popular streamers, and often has to deal with stream snipers.
[ad name=”article2″]

Tfue usually relies on his mechanical skills to help him out of disadvantageous positions in-game, however, in one of his most recent streams, he was shocked to see almost the entire lobby landing where he wanted to go after declaring it on stream.

The former FaZe member and his duo, EmadGG, decided to land at the latest edition of Fortnite’s Creative block location, suggesting “there will probably just be one team here,” before looking around to see the sky full of players all following him.

The pair began bursting into laughter, with Emad explaining just how surprised he was at the amount of players, saying, “oh my god, that is not possible.”

Although stream snipers can often be frustrating for any streamers trying to entertain the viewers, they can also lead to some hilarious moments, where Tfue would have to rack up tons of kills just to survive.

One of the more entertaining stream sniping moments was seen during the former CS:GO pro Shroud’s stream on Twitch, where the stream sniper mimicked the iconic CJ from GTA San Andreas meme during a game of PUBG.

Tfue is expected to compete this weekend away from the stream snipers in a LAN setting on June 17 alongside LA Lakers star, Josh Hart, as part of the Fortnite Celebrity Pro-Am tournament in The Forum, California.