Epic Games took competitive Fortnite across the world on December 14, as they paired top players like Tfue, Myth and NickEh30, up against the top players from South Korea.

Epic Games is keen to continue developing interest in Fortnite around the world, and with an already passionate player base in South Korea, an official tournament was perfect for the region.

There was a mix of solos and duos, with two South Koreans, ‘Sinooh’ and ‘Milfy’, taking the top spot in solos, while FaZe Clan’s Tfue and streamer KittyPlays took top spot in the duos event.

There was one billion Korean won in total up for grabs, but as a charity event the players weren’t netting it themselves, rather donating it to good causes.

There were even K-Pop stars, Gongchan from B1A4, Luda from Cosmic Girls and Mimi from Gugudan, in attendance.

Summer Skirmish winner Morgausse managed to break into the top 10 of the solos event, but it was the Koreans, Sinooh and Milfy who took first and second respectively. who took the top spot.

The main event however, the duos tournament, was a different story. Fall Skirmish champion Turner ‘Tfue’ Tenney proved why he is considered one of the best players in the world, andwe can’t forget his partner, streamer Kitty Plays, who helped secure 1st place.

The rest of the top 10 in duos was a majority of Korean players, including runners up Ohking and solo champion Sinooh – who had a great event all round with a 1st and 2nd. 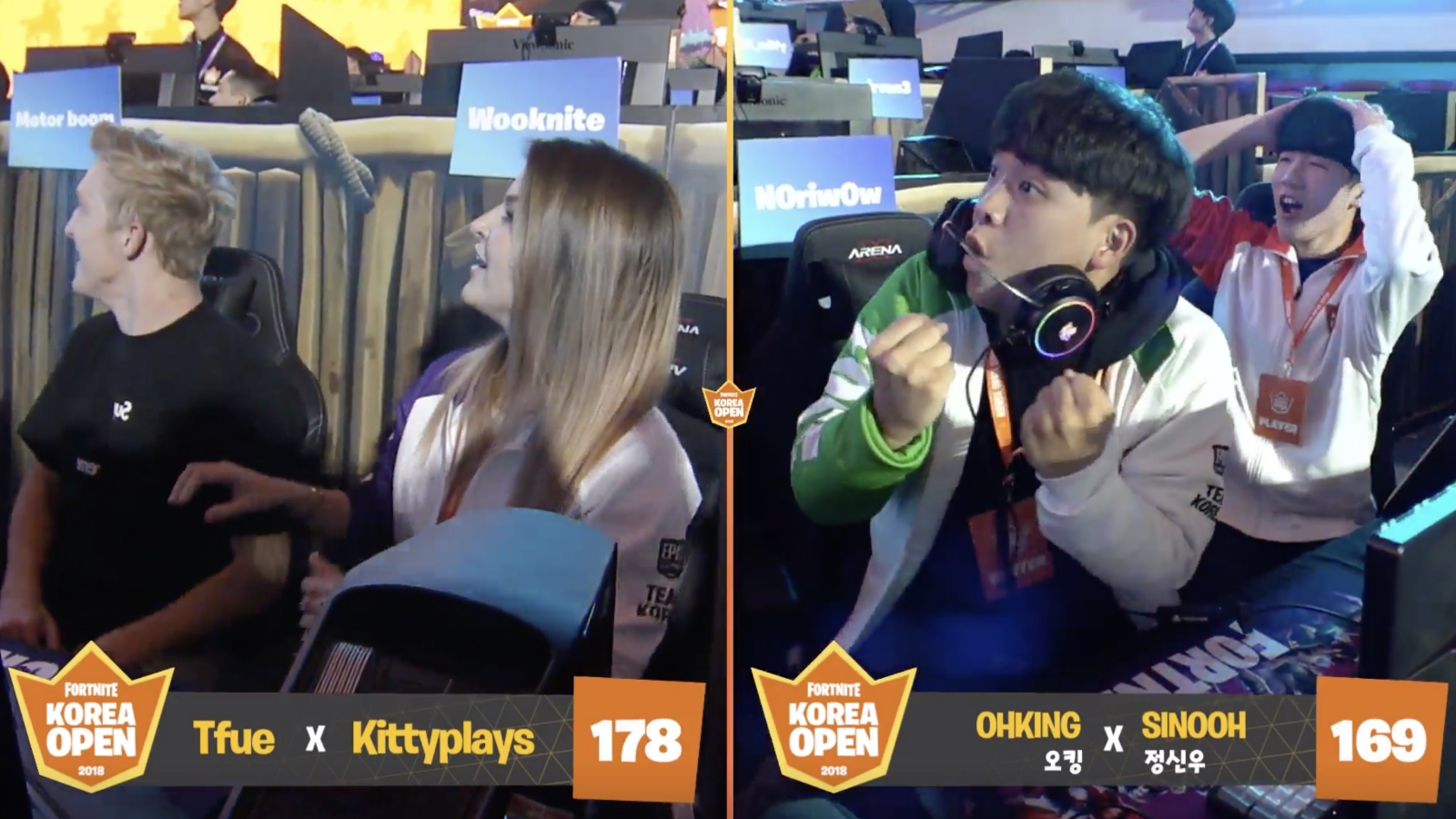 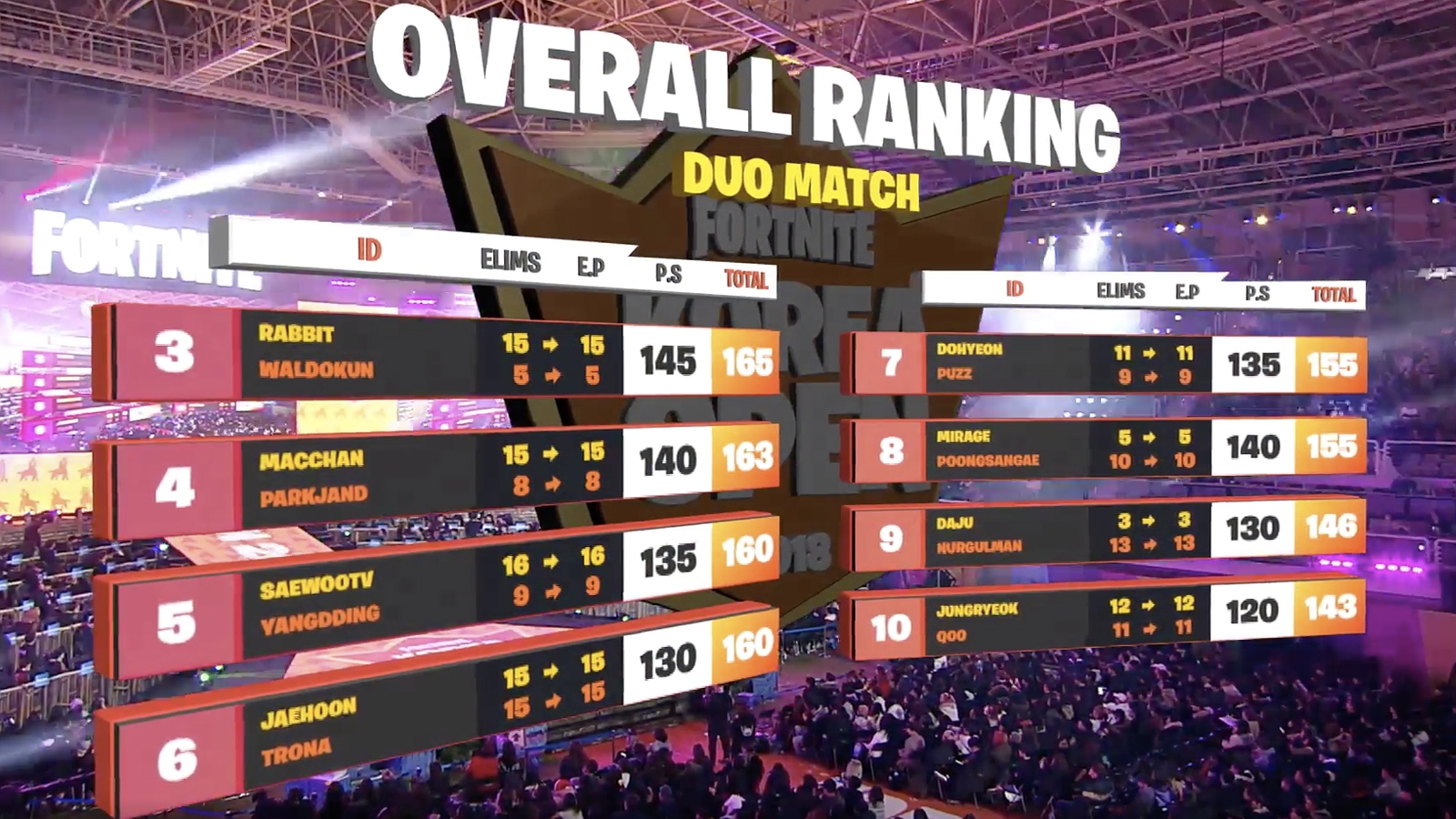 Overall a major success, the Korea University gym was packed for the event, which was casted by Zeke and MonsterDFace for the english viewers.

Epic Games will be hoping that this event, and the success of Korean players, will help further boost Fortnite’s popularity in the country, where competitor PUBG is arguably still the favored title.